by Kara-Leah Grant I'm leading a Women's Circle at Power Living Wellington on July 8th where I've promised that women will learn how to embody and evoke the energy of Maha Shakti - one aspect of the Divine Feminine - through the practice of asana, pranayama and meditation. But what does that mean? I feel the energy of Shakti in me when I practice, when I walk, when I dance, when I write, when I make love. She is always there, within, only a breath away from my awareness. But how do … END_OF_DOCUMENT_TOKEN_TO_BE_REPLACED 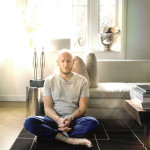 by Kara-Leah Grant I first met Jonni Pollard at Wanderlust Great Lake Taupo in 2015. He was leading the mass meditation at 7pm on the Saturday night. I'd bumped into the other Jonnie from Wanderlust - Jonnie Halstead - hovering nervously around the Mothership, which turned into the mainstage and dance floor in the evening. Jonnie with an E confided in me that this dude from Melbourne - also called Jonni - was about to lead a mass meditation and he wasn't sure how it was going to go down. Yes, … END_OF_DOCUMENT_TOKEN_TO_BE_REPLACED

WIN a copy of Kara-Leah's new book 'Field Notes from Kundalini Awakening', publishing in 2018. Guaranteed to take you on an intimate journey into the depths of the Kundalini experience. Click here to sign up for the book launch list and go into the draw to win one of THREE print copies. by Kara-Leah Grant Recently, I sat down cross-legged to do my daily Kashmir Shaivism Tantric* practice as I have done every day for the past 150+ days. More if you count my first attempt at hitting 1000 Day … END_OF_DOCUMENT_TOKEN_TO_BE_REPLACED 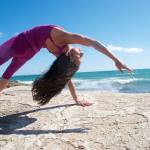 by Kara-Leah Grant Meet Nianna Bray, international yoga teacher and tantric yogini. Nianna has studied with many talented teachers, including Shiva Rea, and Mark Whitwell, and now teaches yoga trainings and retreats all over the world. And if you've been reading The Yoga Lunchbox for awhile, you might have met Nianna last year, when we first interviewed her about teaching at Wanderlust and running her first 200hr Teacher training.  Now Nianna is returning to New Zealand in early 2016 to … END_OF_DOCUMENT_TOKEN_TO_BE_REPLACED 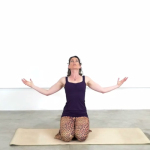 by Kara-Leah Grant Welcome to the second Creative Sun Salutation flow here on The Yoga Lunchbox. As with the last six-part series, the first two episodes in this series are free for anybody to access, and the final four are for Insiders only. (You can become a member of Inside the Box here.) When I teach and practice yoga, my tendency is to work with different energies on the mat, cultivating those energies as required, depending what's going on in my life at that time. This particular … END_OF_DOCUMENT_TOKEN_TO_BE_REPLACED 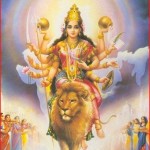 by guest author, Swami Karma Karuna, Anahata Yoga Retreat All cultures of the ancient world worshipped the principles of the Mother, Shakti or Devi. Although it may have been called by different names, the concept of a force which bestows life, nourishes, loves, comforts, supports and transforms has always been present. In Christianity, we know her as Mother Mary. In Japan, she was Amaterasu, the sun-goddess; in Greece, she is Demeter, the corn-goddess, Aphrodite, the goddess of passion and … END_OF_DOCUMENT_TOKEN_TO_BE_REPLACED 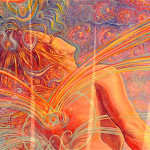 by guest author Swami Karma Karuna, Anahata Retreat Centre “A gracious woman respects herself and others. Her inner strength radiates a divine light that transforms and supports everything around her." Writing about the topic of Sacred Feminine inspired me to reevaluate what it means to me and question how others view this subject? And what does this have to do with yoga anyways? I looked up “Sacred Feminine” on the internet as one does in the twenty first century! And much to my … END_OF_DOCUMENT_TOKEN_TO_BE_REPLACED 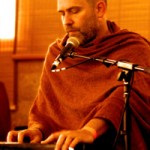 By Kara-Leah Grant, author Forty Days of Yoga It's no secret I love kirtan. So I jumped at the chance to do a Skype video interview with Melbourne-based, Kiwi-born Kirtan artist Chakradhyan. He's a Satyananda yogi, and part of the growing Melbourne Kirtan scene. He also helped organise Melbourne Chant Festival in March of this year. Anchored by international Kirtan artist Dave Stringer, this three-day festival attracted the most vibrant of the Australian Kirtan scene, proving that this … END_OF_DOCUMENT_TOKEN_TO_BE_REPLACED 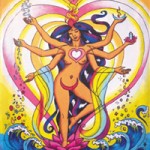 WIN a copy of Kara-Leah's new book 'Field Notes from Kundalini Awakening', publishing in 2018. Guaranteed to take you on an intimate journey into the depths of the Kundalini experience. Click here to sign up for the book launch list and go into the draw to win one of THREE print copies. By Kara-Leah Grant The following information is not gospel - it's just my reflections and my understandings based on my own experience of Kundalini Awakening. As always, don't believe a thing I say unless it … END_OF_DOCUMENT_TOKEN_TO_BE_REPLACED