The process and journey of yoga is not always easy though, and it always helps to have someone to walk the path with.

That’s where The Yoga Lunchbox comes in – here you will help you find support for your journey, wherever you might be along the path – shiny, fresh, novice student, or decades-long, dedicated practitioner.

We at The Yoga Lunchbox believe that:

The Yoga Lunchbox is here to:

In our 1000+ articles you’ll find loads of ideas and suggestions on how to practice that promote, and advocate those very things.

There is no doubt that somewhere on this site, there will be something you’re looking for about yoga. Just use the Search bar to find what you need. 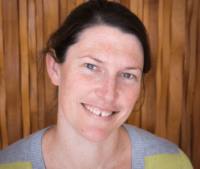 Sports injury and the yellow pages (yes that long ago) led Cara to her first teacher and regular yoga practice well over a decade ago. Since then her practice has evolved from enquiring student, to inspired teacher, to studio owner and to where she now finds herself as Editor of The Yoga Lunchbox and part of the Yoga New Zealand team (Communications & Events Manager). Having completed her initial 200hr Yoga Teacher Training Cara found herself practicing yoga through her own two pregnancies and decided to formally train as a Pre & Postnatal Teacher with Bliss Baby Yoga. She was honoured to then create and run the Women’s Health Programme at Grassroots Yoga for many years, guiding women on their journey of pregnancy, labour, birth and beyond. She also additionally trained in and adores teaching ‘Restorative Yoga’ in all it’s bliss.

Cara loves to hear from Yoga Lunchbox readers, so get in touch with her via email with your questions, ideas and stories.

Yoga New Zealand is the national body for the registration of yoga teachers and trainings.

Yoga New Zealand represents the interests of yoga teachers from all traditions and styles of yoga and it is a members’ organisation which operates with internationally accepted standards for professional training and teaching.

The Yoga Lunchbox and New Zealand’s annual Hauora Yoga Conference both come under the umbrella of Yoga New Zealand, and they all have the intention of supporting yoga in New Zealand.

Yoga teacher or training provider? Find out more about becoming a member of Yoga New Zealand.

The Yoga Lunchbox logo is designed to reflect both what we aim to offer the yoga community and a unique Aotearoa perspective that honours the bicultural basis of our country’s heritage.

The logo shows an apple, which represents the symbolic ‘feeding’ of the mind through the Yoga Lunchbox’s resources and online discussions, resting inside a pātaka (storehouse), highlighting that the Yoga Lunch box stores a huge range of resources for the Yoga community. The green colour (Kākāriki) represents being a ‘treasure’.

Advertise with Us! And Reach 40,000+ yoga-lovers every month

Whether you’d like more people to book into your retreat, more yoga mats to fly out the door, or more trainees signing up for your Teacher Training, we’ve got a customised advertising package that will meet your needs and budget.

We specialise in high-quality, meaningful advertising, that helps your business make genuine connections with our audience. We’ve found that our advertising campaigns generate significant short and long-term benefits for our clients

In the past nine years, we’ve worked successfully with businesses, festivals, yoga teacher training programs, yoga studios, and yoga workshops and retreats to bring them the customers they needed.

Will you be next? Find out more here.

History of The Yoga Lunchbox

The Yoga Lunchbox was founded in October 2008 by Kara-Leah Grant.

By early 2010, Kara-Leah decided to rebrand as The Yoga Lunchbox to reflect the wider yoga community she was writing about. The website was no longer about one specific yoga style, but about Yoga itself.

Since then, the site has grown to over 1000 articles including Video Interviews with many of the world’s leading yoga teachers.

As of November 2018, Yoga New Zealand took over supporting The Yoga Lunchbox.

Yoga New Zealand is a national body for the registration of yoga teachers and trainings. The Yoga Lunchbox and New Zealand’s annual Hauora Yoga Conference both come under the umbrella of Yoga New Zealand, and they all have the intention of supporting yoga in New Zealand.

Got ideas or questions to share? Email Cara here.