You are here: Home / Yoga Articles / Teaching • The Business of Yoga / Teaching Insights / Can the NZ Yoga Industry Form a Cohesive Collective Body?

I haven’t had much to do with the NZ Yoga community over the years.

I refrained from joining the now disbanded NZ Ayurveda Yoga Therapy Association and have had no Professional Yoga Teacher’s body to support my 20 years of Yoga teaching experience and NZ Government Qualification Standard training in a 4 year fulltime Diploma in Yoga and a Diploma in Ayurvedic Medicine.

In fact, in spite of all this experience and impeccable qualifications, I still felt I didn’t quite make the grade because I’ll never be able to sit in Lotus position or get my legs wrapped around the back of my neck, and in spite of years of Sanskrit lessons I still can’t remember the Sanskrit names for most Asana.

My teaching methods consist of primarily very un-hip Vini Yoga – breath focussed practises aimed at offering people an experience of their own inner stillness and what’s more, I’m a plus sized Women without a website.

I felt as though I was everything that a popular Yoga teacher is not.

Attending the first ever Hauora Yoga Conference targeting professional Yoga teachers, rather than the general public was an exciting prospect. The first workshop I attended was J. Brown‘s “Gentle is the New Advanced” and it seemed to be the undercurrent theme running through the Conference.

For the first time in my career, I suddenly felt acceptance and camaraderie and the realization that the path I had carved for myself could, in fact, be acknowledged as inspired and valuable.

I was a Senior Yoga teacher remaining true to the esteemed teachings passed down to me from the Guru, tempered with the body of inner wisdom that arose for me from total surrender to my breath.

One of my first impressions of the Hauora Conference was the friendliness of the delegates. I was in the midst of sincere Yogis who it turns out, have a heightened awareness of their surroundings and a ready willingness to make connections with others and take care of the needs of the people around them. It got me thinking about the types of life circumstances that guide someone into the realm of devotion to Yoga and how that can influence the persona and develop enhanced qualities of authenticity and human respect. The shared warmth and Aroha were very comforting.

At first, I was alarmed to learn that the Yoga profession was being thrown into the same basket as The Excercise Association of New Zealand and that our unique Treaty of Waitangi partnership and Tangatawhenua perspective of Hauora, Te Whare Tapa Wha and Te Wheke might be over-run by a model of Governance adopted from Yoga Australia.

I then realized that the Hauora Yoga Conference had been devised specifically to enable a collective perspective to be developed that truly embraced the uniqueness of Aotearoa, the land of first light. There was a heap of background work that had already been done and now was the time to draw the people together from the “Yoga [egad!] Industry” to prepare a truly honouring path forward.

Partnering Yoga New Zealand up with Excercise NZ is suddenly opening up previously insurmountable obstacles and new possibilities within the profession that have only ever been pipedreams beforehand.

Being umbrellaed by a highly regarded organization which has a strong influence on key Government policies and 10 fulltime paid staff to do the work is an impressive asset to have on our side. New doors are opening: ACC registration is on the horizon, affordable public liability insurance is available and much more in the pipeline.

I’m excited about what is opening up. Perhaps in the not too far future, Yoga Teachers and Therapists will be just has validated in their Profession as Physiotherapists and Chiropractors. Perhaps we can work together as a cohesive collective body rather than a bunch of ego-driven competitors, to create a network of safety for the people of Aotearoa that we are tenderly nurturing and empowering into an expanded experience of blossoming Hauora – Physical, Emotional, Mental and Spiritual Wellbeing as a birthright for all living beings. 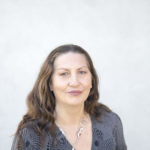