You are here: Home / Yoga Articles / Awakening • Creating a More Beautiful World / Musings from the Mat / A New Beginning for The Yoga Lunchbox: Meet Our New Supporters, ExerciseNZ 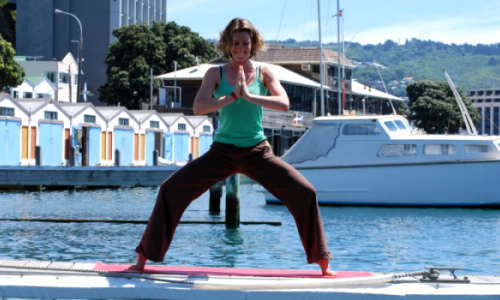 A flashback to the early days of The Yoga Lunchbox.

After 10 years of championing The Yoga Lunchbox, I’m SO happy to be handing over the torch to a new team.

Yes, that’s right! I’m officially moving on from my role at The Yoga Lunchbox and handing over to our new Supporters: ExerciseNZ.

ExerciseNZ are a non-profit organisation with the mission of proactively supporting a sustainable exercise and fitness industry in New Zealand and they’re super stoked to be able to support The Yoga Lunchbox to serve the yoga community here in New Zealand.

In short, very little will change: Lucinda will stay on as Editor and The Yoga Lunchbox will continue to publish fabulous content – like our regular articles and Best Guide to NZ Yoga Teacher Training. In fact, with the additional support of Exercise NZ, the services we can provide to our community will likely get better and better!

For the longer story of the journey I’ve been on with The Yoga Lunchbox and why we’re taking this step, read on…

Ten years ago this month, I attended my first Yoga Teacher Training, with Twee Merrigan. The Monday after the training, I was so inspired and fired up about yoga that I bought a URL and hosting, did a WordPress install, and started this website.

It was October 2008, I was working as a speechwriter for the Ministry of Social Development (yep – I wrote speeches for Paula Bennett) and teaching yoga on the side.

That website was called Prana Flow NZ, after the style of yoga I was studying. But within a year, it became clear that the website wasn’t about one particular style of yoga – it was about the wider yoga community.

A playful photo shoot with the Wellington yoga community.

So a week after my son was born, in January 2010, I re-branded the website as The Yoga Lunchbox. At the time, I was writing three articles a week for the website, and posting Yoga Teacher Profiles on teachers from Invercargill to Whangarei. I wanted to put a face to the NZ Yoga Community, and what better way to start than with all the teachers?

The website was purely a labour of love – I loved writing, I loved yoga, I loved connecting with people. I poured hours and hours into the site, doing everything myself.

All the website design, coding when needed, plugins, social media, mailing lists, feed burning – the works. If I didn’t know how to do something, I Googled it, and I taught myself.

In January 2011, I left my son’s father and realised that I was now a single mother with zero dollars (literally) in the bank. I needed to support myself. And so I started selling advertising on the website. 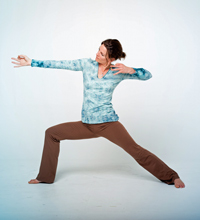 A professional photo shoot for The Yoga Lunchbox branding.

So began the long journey into finding a way to make the website pay for itself. That external journey was mirrored by my internal journey of finding my way into my own passions and value. I sold advertising, I sold meditation downloads, I sold PDFs with practices… we even did a members-only site for a while, but nothing really took off.

At least – not until I realised I had to write a book. But even that started badly! My first idea was to repackage articles from the website and do a crowdfunding campaign to support it.

I made a video – with the help of Melissa Billington – started a crowdfunding page and sat back to wait for the cash to roll in.

Only it didn’t. And I was devastated – and yet also savvy enough to recognise that my personal feelings had more to do with my own issues triggers. And that the experience was all data and learning – the pitch was wrong, the product was wrong and I had to adjust, fast.

It was clear that people weren’t interested in buying a book containing articles they’d already read out of love for me or the website. (Well DUH!) I needed to write a book from scratch. And it needed to solve some kind of problem that yoga folks experienced. 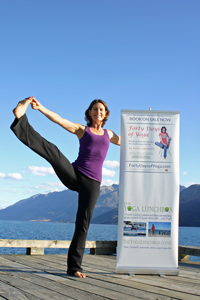 That was the birth of Forty Days of Yoga. I conceived the concept in September 2013. Wrote the book in October. Send it out to three beta-readers, and then did revisions in January 2014. The book went live in electronic form in February 2014, and it was a huge success. I sold enough copies in the first week to turn around and fund a print run.

So I did. And by March 2014 I was holding print copies of my first book – thousands of which I’ve directly sold through The Yoga Lunchbox.

By now, I was no longer doing everything by myself. I’d advertised through Student Job Search for an assistant in 2012 and found Lucinda Staniland. She came on board and started supporting the work I was doing. We’d also found a great web guy – Phil Sole – which meant I didn’t have to do any more coding!

The Yoga Lunchbox had come of age and established itself as THE online yoga portal in New Zealand. By 2016, my retreats and mentoring programmes had started to expand, and my enthusiasm for the day-to-day running of The Yoga Lunchbox had waned. Lucinda was still with me and taking over more and more of running the website. It was a natural thing to make her editor, and step back to oversee the vision of the website. 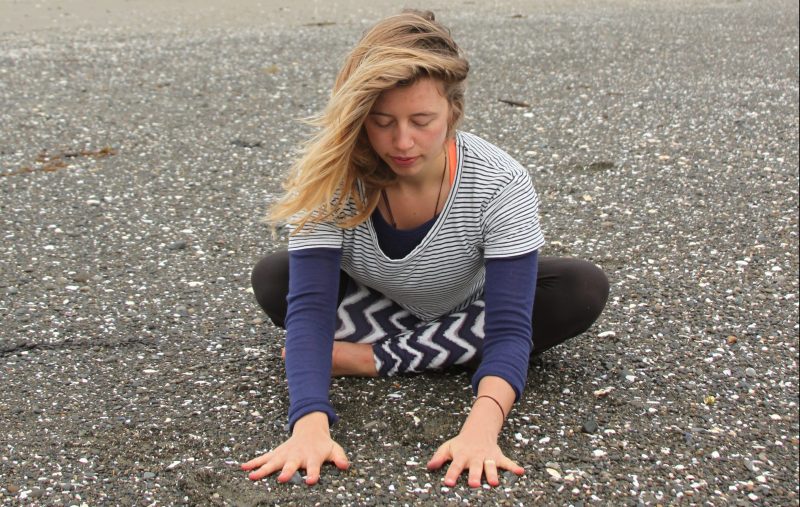 Lucinda began sharing her yoga journey with us.

For the last two years, Lucinda has done an amazing job. She’s come into her own as a writer, sharing some fabulous articles on her experiences with yoga. And she’s successfully launched the Best Guide to NZ Yoga Teacher Trainings, which continues to grow.

This year, I realised that my energy was no longer with The Yoga Lunchbox and it was time to let go completely.

Lucinda and I talked about possibilities and made plans to go into hibernation in a way that would keep The Best Guide to NZ Yoga Teacher Training alive, and the articles still available.

But then something unexpected happened. Persephone Singfield, yogini, owner of Courage My Love Clothing and a long-time YLB supporter, got wind of the winddown. And she had another suggestion.

Yes, ExerciseNZ has recently put their full weight behind supporting Yoga in New Zealand. They are the major player behind the up-coming Hauora Yoga Conference. And they needed some kind of online portal to communicate with members and showcase yoga.

Persephone put me in touch with their CEO, Richard Beddie. We started talking. And it felt GOOD.

The upshot? We’re transferring The Yoga Lunchbox over to Exercise NZ as of November 1st.

Lucinda is staying on as Editor, and nothing is going to change on the front end of the website. Same great articles, same great content. However, now the website will have the full office support of Exercise NZ behind it.

After ten years of supporting and growing this baby into maturity… I can finally step back completely, knowing that my job is done and that the website remains in excellent hands.

And that feels bloody good.

Big thanks to everyone who has contributed and supported me and The Yoga Lunchbox over the last ten years – it has been one helluva a journey.

I feel like I have grown and changed so much in that time. There have been so many realisations and insights and dissolving of false layers of identity… many of which I have written about on the website!

I’m so stoked that the website will continue, that it will no longer be my responsibility, and that I can still write for it when I’m so inspired!