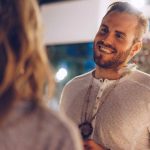 by Kara-Leah Grant The last time I saw Jason Corliss - Organic Mechanic founder, wizard, shaman, healer, sage - was at Kawai Purapura on Sunday, February 11th, 2018, for a Cacao Ceremony. He was outside, dancing, in the rain. This weekend - the weekend of his funeral, was the International Yoga Festival at Kawai Purapura, and I was presenting. Grace meant I was scheduled only for Friday and Sunday, so I was able to go and sit with Jase at the funeral home on Saturday morning before … END_OF_DOCUMENT_TOKEN_TO_BE_REPLACED 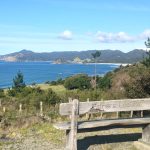 by Julie Stansfield, Ebb and Flow Yoga As I travel along the road that connects the south with the north of the island to teach my weekly yoga class in Port Fitzroy, I reflect on how my life has changed since I first moved to Great Barrier Island thirteen years ago. I certainly wouldn’t have thought I’d be travelling fifty minutes to share my love of yoga with a group of enthusiastic women. Driving on a winding, gravel road which takes me from my home on the western side of the island, I … END_OF_DOCUMENT_TOKEN_TO_BE_REPLACED 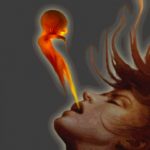 by Eimear Gray, Anam Cara Yoga Four weeks out things are, well, okay. I suffered my second miscarriage at 8 weeks. (So early on, thank God. One consolation at least, I guess. So it’s said anyway, or rather whispered). Now, four weeks out, I’m getting there slowly, and when I mean getting there I mean functioning with a tad more happiness, rather than the just plain awful, harrowing, unrelenting pain of the “miscarriage week”, or indeed weeks. It began as a “suspected” miscarriage and it … END_OF_DOCUMENT_TOKEN_TO_BE_REPLACED 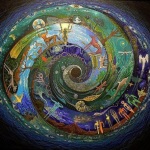 by Kara-Leah Grant Since 2004 I have progressively healed myself through a combination of yoga, meditation and a wide variety of healing techniques. As I went through this process, my old coping techniques slowly but surely fell away - in the past I've used everything from drugs, alcohol, exercise and relationships to distract myself. Dropping these various distraction techniques was never easy. I didn't give up marijuana until I was pregnant. When life got really tough and I found … END_OF_DOCUMENT_TOKEN_TO_BE_REPLACED 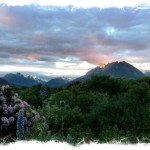 by Kara-Leah Grant, Musings from the Mat Oh I am sad. Sad, sad, sad... By the time you read this article, I will have left Glenorchy, headed north once again on a new adventure. It's been just over a year since I came back to spend some time with my Mum and write a book. Right now, I'm sitting at my desk in front of a window all but taken over by a plum tree, but I can still spy the snow-capped mountains in the distance. It's a perfect Glenorchy day - 28 degrees and clear blue skies. The … END_OF_DOCUMENT_TOKEN_TO_BE_REPLACED 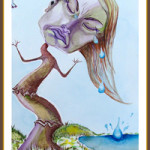 by Kara-Leah Grant It's all good and well to do these wonderful heart-opening or heart-balancing yoga practices, but without a proper understanding of all aspects of the heart chakra, we can easily hit a wall of resistance that stops our practice cold. The heart chakra is about our ability to love - which requires that we open to the possibility of grief, sorrow and disappointment as well as the wonderful sensations of love, joy, fulfilment and compassion. Working with this kriya meant I was … END_OF_DOCUMENT_TOKEN_TO_BE_REPLACED 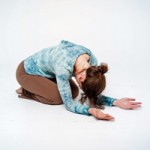 by Kara-Leah Grant There's nothing flashy about child's pose.  It's unlikely to ever grace the cover of Yoga Journal magazine. No one ever gets all excited about how awesome their child posture is either. But child's pose is the rock of a home practice. Its the place we turn to when there is no other place to go, it's the place we go when we want to come home to ourselves, and it's the place when we find our internal source of power. This week, I've been experiencing grief and sorrow. It … END_OF_DOCUMENT_TOKEN_TO_BE_REPLACED