You are here: Home / Yoga Articles / Teaching • The Business of Yoga / Yoga & Community / Is our addiction to Spirits a symptom of an UnSpirited society? 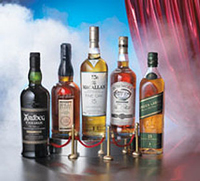 Spirits making up for a lack of connection to Spirit?


MYOGA’s second focus in the deeper part of winter has been on the 7th chakra –  Sahasrara – a place of surrender, acceptance, unity consciousness and spirit.

As I let my vision be filled by these ideas, I became more and more aware of society’s mass disconnection from a sense of anything larger than ourselves – from Source – and how this shows up in our levels of medication and self-medication.

It is no accident that alcohol is called ‘spirits’ – it shares the same word-source as ‘spirit.’

Jung’s awareness of the shared etymological root of spirit, spirits, inspire and inspiration led to the eventual formation of Alcoholics Anonymous with its emphasis on a strong spiritual foundation.

Spirit also means being awake and alive, and aware of the value of life enough to embrace even the gritty bits, as opposed to numbing from them.  Spirit is a level of largesse that trusts there is more than just this one personality, and the mind that creates it.

I come from a long line of alcoholics so I’m no foreigner to heavy drinking, but the way folks drink here in New Zealand still disturbs me, even seven years later.  Recently I’ve also become more aware of, and profoundly disturbed by, the high rate of medicated youth in NZ.

Whether self-medicated with alcohol, caffeine, sugar, marijuana, tobacco, etc, or doctor-medicated with anti-depressants and the like to treat anxiety, depression and suicidal thinking, there’s a huge percentage of our society and our young people who are “not in their right minds.”

Is this pandemic of medicating and self-medicating revealing an essential lack of connection to oneSelf  and one another?

These dis-eases of disconnection from Source are 6th and 7th chakra issues – inabilities to see clearly and to connect to something ‘greater.’

Women go off all drugs while pregnant because they know even antibiotics will affect the developing foetus.  If we have this awareness and we take this level of care when we’re growing a new human, why don’t we do the same for ourselves on a general, on-going basis?

How is it that we’ve migrated so far from our connection to nature that most people will “take” something when they’re in pain or discomfort, instead of inquiring into the inherent root of the dis-ease and looking for a solution closer to the source – to the body itself and what it might be saying, and to the earth itself and what medicine it might offer?

And how is it that this has become the accepted norm?

A great many of us, from youth to elderly are anxious and depressed to the point of considering suicide! Through our persistent medication and self-medication we’re saying very clearly and loudly how unhappy, imbalanced and disconnected we are, and how much we want to escape.

By drinking or drugging we’re also saying we want to be happy, feel connected and be present.

We crave connection, clarity and purpose.  But the tools most of us have (often passed on unconsciously from our parents) of zoning out through drugs or television or shopping or food or sex or Facebook, create the opposite effects to what we crave. They take us farther away from Source.

If we were really honest we’d simply say, ‘I’m not happy.’  But maybe we’re just not aware that we’re not happy?  Or maybe we don’t have the tools and encouragement to work out how to be that honest about how we feel?

After all, many people are profiting from our drunkenness and druggedness – from bars to pharmacuetical companies to police and prisons (especially when privately owned and operated as businesses) to street cleaners.  Many people would be out of jobs if we didn’t drink and drug as much as we do, and then fight and vomit and trash the streets and ourselves week after week.

This year I started teaching yoga at the Drug Treatment Unit in the Arohata Women’s Prison (Tawa).  It’s something I’ve wanted to do for many years and I’m loving it.  The programme is simple and effective, though not necessarily easy.

It’s based on owning one’s story within community.

I’m certain that if our schools and our communities were structured more the way this programme is structured, far fewer people would need it farther down the track.

If we learned how to support one another to tell the truth, and to develop courage within community, we’d have tools for dealing with the challenges of life, instead of denying and repressing our truths by pushing them below the surface with medication.

Until the day that we live, essentially, more tribally, what are the tools anyone can access instead of reaching for the bottle, whether of booze or of pills?

If the actual underlying root issue is our sense of disconnection from Spirit and from each other, what creates a sense of connection in a healthy manner?

Well, of course, you know I’m going to say yoga!  And so will any other practice that grounds you in your body – this vehicle that makes life possible and which we neglect, abuse and take for granted.

Movement, sound and spirit-based practices all help alleviate and heal head-based illnesses like alienation and depression, particularly when those activities are done in groups focused on inclusivity instead of competition.

One of the best practices I’ve found for bridging between mind and body is Breath.  Pranayam practices are profound for developing connection to Self and Spirit.  In fact, ‘inspirare’ is the Latin root word that gives us spirit as well as the words inspire and expire.  If we don’t breathe, we’re dead.  When we breathe consciously and fully, we’re more conscious and full of life.

Next time you’re tempted to ‘reach for the spirits’ (of all kinds), ask yourself, Is it greater connection I’m really seeking here?

What happens in that moment if instead… you take 10 deep, slow breaths?