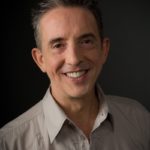 By Cara Butler. Carlos does not shy away from challenging topics and in fact considers it a part of his yoga practice to stay engaged, educated and involved in societal and global issues. Even when it would be easier to turn inward and ignore the external chaos.  This is one of the reasons I hold Carlos in such high regard.  I have observed all too often in the yoga world that the teachings and practices are used by some to border on what I would call self-obsession. I … END_OF_DOCUMENT_TOKEN_TO_BE_REPLACED

by Cara Butler, Once upon a time in Christchurch…. actually quite a long time ago….way before any earthquakes, way before I had kids, while I was still very much figuring out what I was doing back in New Zealand after a decade trying my best to stay away…. I somehow found myself a very novice yoga student attending classes in a very cold church hall with a very capable and intelligent teacher from the USA, Katie Lane.  Anyone who has had the pleasure of studying with Katie will know … END_OF_DOCUMENT_TOKEN_TO_BE_REPLACED 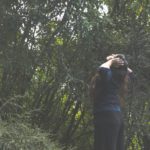 by Swami Karma Karuna, Anahata Yoga Retreat The term ‘Vedanta’, or ancient texts such as the Upanishads, may ring a bell, but for many, they are shrouded in mystery, scholastic views or firmly wedged in history. Perhaps one wonders how these ancient philosophies relevant to the modern-day yogi, engaged in holding a Warrior II Pose? According to Vedanta, anything that is changeable or measurable, or which has a beginning and end, is Maya. It often translates as illusion or magic, … END_OF_DOCUMENT_TOKEN_TO_BE_REPLACED 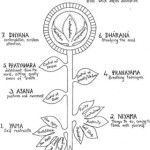 by guest author Pip Bennett After all that darkness of my last article, I decided I wanted to up my practice. I wanted to devote myself and commit to the Ashtanga practice as it demands: six days a week. To take on the challenge and see the benefits of a regular practice. Two weeks later, I hadn’t practiced yoga even once. It’s now been a couple of months since then. I did get myself back into the yoga room, but only for a couple of weeks. Turns out that although you can do yoga anywhere and … END_OF_DOCUMENT_TOKEN_TO_BE_REPLACED