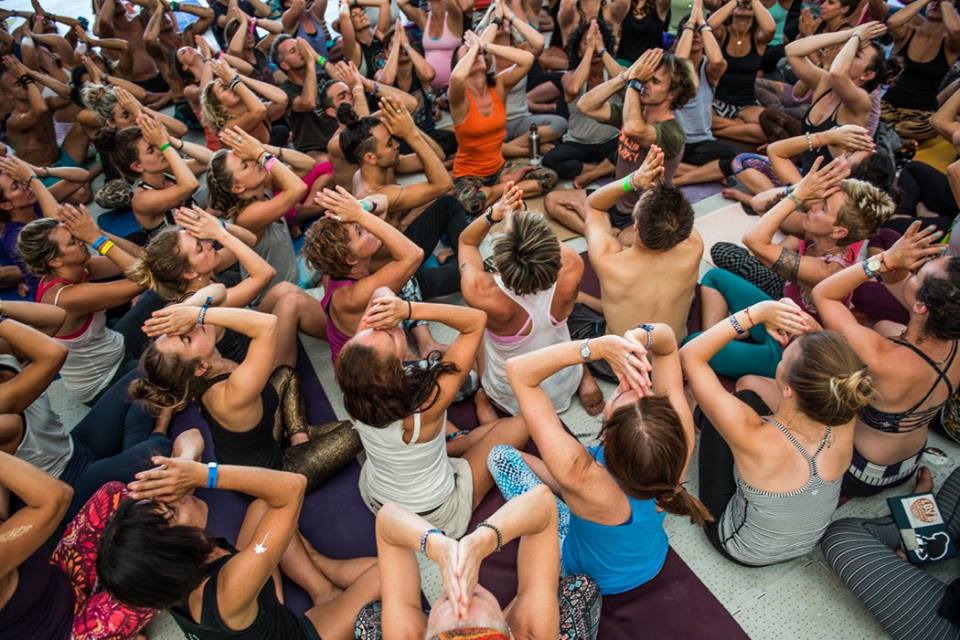 It’s the news that has ruptured the New Zealand and Australian yoga community and shattered the dreams of thousands of people. On January 12th, 2018 YEANZ Ltd, the company that held the license for Wanderlust in Australia and New Zealand, went into liquidation.

The Yoga Lunchbox has been part of the Wanderlust journey right from the beginning: I’ve interviewed many Wanderlust teachers and presenters, and I’ve presented at every multi-day festival here in New Zealand. I know all the players in this unfolding drama, and I have a lot of love for everybody involved.

Since the news reached my inbox, I’ve been talking to everybody I know, emailing Wanderlust USA, and gathering as much hard evidence as I can about what went down.

This article will be the first of many, as I unpick and unravel the demise of YEANZ Ltd, the impact on the 100+ creditors left owing money, and the fall-out in the yoga community. Here are the facts, as known to date.

YEANZ Ltd – Yoga Events Australia New Zealand – was the company that held the license for Wanderlust in Australia and New Zealand.

The company directors were Jonnie Halstead, a long-time music promoter who was involved with Homegrown, a one day Wellington music festival, just one of many music events that Jonnie was part of through his company Picnic Events. The other director of YEANZ Ltd was Honza Lafond, a Sydney based acro-yoga teacher best known as Yoga Beyond, with his wife Claudine.

Jonnie co-founded popular Wellington Nightclub Sandwiches  in 2003, marking the beginning of his career in promotions. A decade later, supported by his wife Jacque, a Bikram yoga teacher, he shifted focus into the yoga and consciousness market with the birth of YEANZ Ltd.

It’s a shift that came with its own set of challenges, despite Jonnie’s wealth of promotion and event organising experience. This 2016 interview on Entertainment and Media Map with Rachel Barros is eerily predictive of the situation that unfolded.

“I guess one of the biggest challenges has been coming from the music event sector into what is predominantly a wellness event, ensuring that I am also practicing what we preach. Living mindfully is not a slogan. It is a commitment to your own betterment, and to the benefit of your family, your community and the world around you. The entertainment scene is cut throat by nature. Often, since moving into a mindful business, I have had to look at myself and say, what is the right thing to do rather than necessarily the best business move…

I am also evolving as a mindful businessman and I love it.” – Jonnie Halstead

Back in 2013, when still considering the idea of taking on the Wanderlust license for New Zealand and Australia, Jonnie headed off to the USA to attend festivals and get his head around the possibility of bringing yoga and wellbeing festivals down under.

Along the way, he wrote a few articles for The Yoga Lunchbox, testing the waters to see what the uptake might be.

Those festivals impressed Jonnie, and in July 2013 YEANZ Ltd was incorporated, and in August 2013, he signed a licensee deal with Wanderlust USA to bring the festivals to New Zealand and Australia.

“Licensing allows us to expand in territories where we’d have no direct ability to expand – though we’re “global”, we’re a small company with less than 50 employees dedicated to events, and we have no staff on the ground in Australia or NZ nor financial resources there. We have many other licensees that we do business with in other countries using the same licensing model, and we have had no significant issues. That also was true with respect to our relationship with YEANZ from 2013 – 2017. Unfortunately, it changed rapidly and we all ended up in this unfortunate position.” co-founder of Wanderlust USA, Sean Hoess.

That unfortunate position was the news that on January 12th YEANZ Ltd had gone into liquidation, owing more than $1.6 million dollars.

There was no warning given – no communication with presenters, suppliers or vendors. The last multi-day festival was in November at Wanderlust Sunshine Coast 2017, which had been preceded and followed by a series of 108 events across New Zealand and Australia – the last of which occured in Christchurch on December 2nd, 2017.

As per usual – YEANZ Ltd was notoriously late on paying invoices – the presenters and suppliers from Wanderlust Sunshine Coast were having trouble getting paid in a timely manner. Scores of them were owed anything from hundreds of dollars to tens of thousands of dollars.

One of the biggest creditors was Wanderlust USA, owed over $100,000. But Sean says he had no idea that the company was struggling so badly financially until the very end. And the licensing agreement WL USA held with YEANZ Ltd ended when the company become insolvent.

When that news broke in New Zealand and Australia, behind the scenes, Sean Hoess was working frantically, attempting to secure a new producer to take over Taupō in time to save the festival.

But despite speaking to eight different event producers, Sean was unsuccessful. The financial situation was too dire, and with most of the money from ticket sales plus sponsorship already gone, no producer was willing to step up.

And so on January 23, what would have been the fourth Wanderlust Great Lake Taupō was cancelled.

The only saving grace, possibly, was Wanderlust USA’s decision to refund all the ticket holders. Sean Hoess says while Wanderlust USA was under no legal obligation to do so, the company felt a moral obligation to make those refunds happen. (And it has already – Event Brite now holds all the money and is making the refunds via credit card and cheque.)

Of course, the refund also makes bloody good business sense. The collapse of YEANZ Ltd has already impacted the Wanderlust brand in the eyes of many of the presenters, performers, and suppliers who have been left owing hundreds of thousands of dollars.

Many of those creditors are small yoga businesses, and they are owed anywhere from $1000 to $30,000. It’s unlikely that they will ever see their money. It’s gone. The liquidator’s report states there are some assets that can be sold, and there is some money owed to YEANZ Ltd that can be collected, but that will go to secured creditors first.

The total lack of communication from YEANZ Ltd to it’s staff, presenters and suppliers has also been frustrating for many involved.

While Jonnie is unable to make any public statements at this time due to the liquidation process, there would likely have been opportunity to communicate with the Wanderlust community before the final decision to liquidate was made.

However, the liquidator’s report has been made public and does shed some light on what went wrong.

This information is via John Scuttor of Fervor Ltd, the appointed liquidator.

“Mr Halstead has advised that the Company’s business failed due to the inability of the Company to recover from sponsorship bad debts for two major events during 2016. The Directors then engaged in a strategy to up scale the business to generate an increase in cashflow for the business.

The Company is not in a position to obtain further financial support from the shareholders’ or obtain a finance facility. The Directors have determined that the Company is unable to pay it obligations, there is no immediate solution to restore the Company to a solvent position. Therefore the Directors’ have elected to stop trading the business of the Company and recommend to the Shareholders’ to put the Company into liquidation.”

The liquidator’s report includes a list of creditors that is three pages long – it’s not just scores of yoga business and suppliers owed money but everybody from banks, to the government, councils,  tourist bodies and even a yoga charity – The Kindness Institute. (Want to help them meet the shortfall necessary to continue to deliver their programmes?Click here to donate.)

Two of the biggest creditors? The directors of YEANZ Ltd, Jonnie Halstead and Honza Lafond. The creditors report doesn’t detail the amount that they are owed, but an unsubstantiated source suggests it’s well over half a million dollars.

If that is true, it implies that Jonnie and Honza were doing everything they could to keep YEANZ Ltd afloat until they could get the company into a better financial position.

However, that ‘everything’ included being perpetually late on paying invoices and abusing people’s trust. There was no transparency or honesty about exactly what was going on.

The company’s desperation to keep itself afloat and continue with the festivals meant they harmed hundreds of people along the way, by contracting for goods and services they were unable to afford or pay for.

There’s no doubt that Jonnie Halstead poured his heart and soul into the events. And he was on the ground, working hard all festival long, doing whatever needed doing to maximise the attendees’ experience.

But it appears that those cutthroat business methods from the nightclub and music scene stuck with him – even with his awareness of the need to do business differently, and the need to evolve. And in the end, it all came down, leaving scores of people out of pocket because of pre-booked travel plans and accommodation, and the many creditors angry and hurting from unpaid invoices.

Now the challenge before the community is how to navigate this experience – both our individual experiences, and our collective experiences.

Jonnie Halstead said it himself, back in 2015 in this interview on Eatable:

“Wanderlust is not ours, we are simply the stewards. It is the ultimate platform for the mindful living community to come together, share ideals, challenge themselves to try and experience new things, and celebrate.”

YEANZ Ltd may be gone, meaning Jonnie is no longer the steward, but the spirit that animated Wanderlust New Zealand and Australia lives on.

It is the spirit within each and every one of us that loved Wanderlust, that came together as a people, that yoga’ed, and danced, and sang, and played, and celebrated.

Nothing can liquidate that.

And who knows what might rise from the ashes… stay tuned for more.

BREAKING NEWS…
There will still be a festival at Wairakei Resort on March 8th – 11th.
Click here for more details. 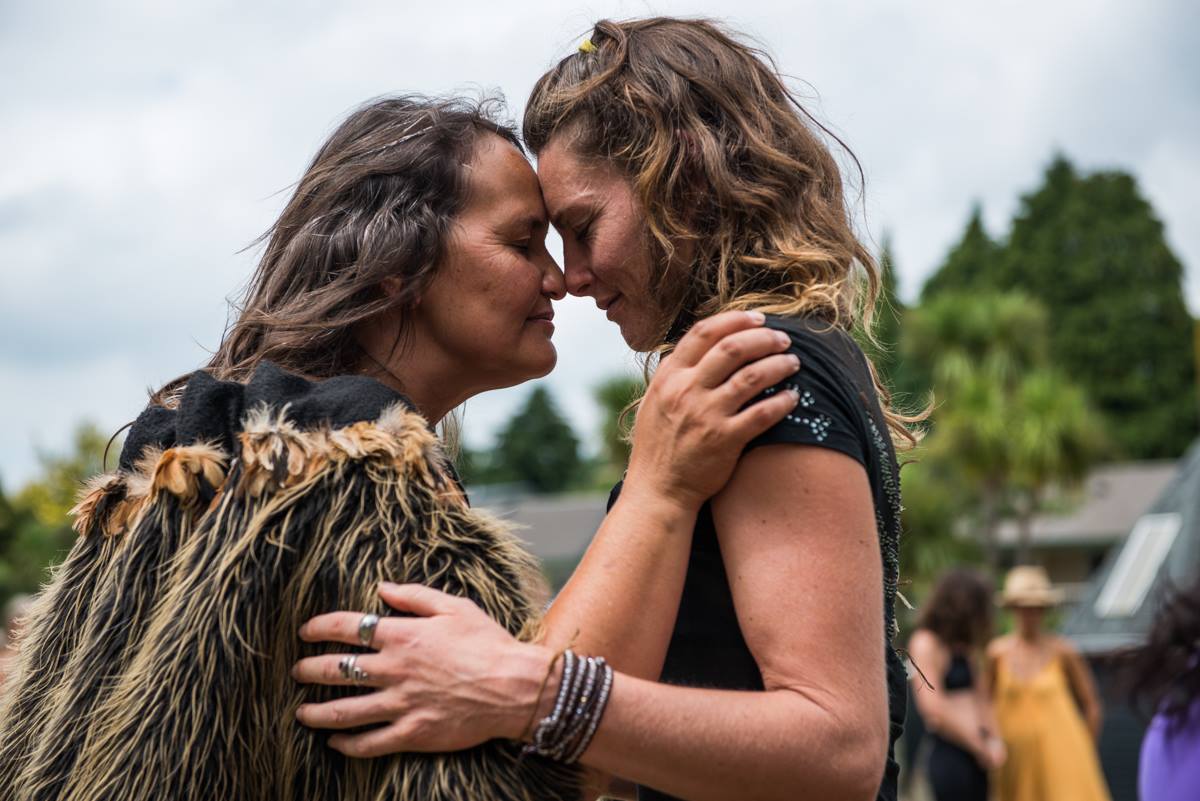