You are here: Home / Yoga Articles / Deepening • The Yoga of Life / Living Your Yoga / The Gifts of Applying Ahimsa to Daily Life 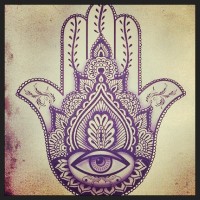 The Sanskrit word Ahimsa means ‘not to injure’ and ‘compassion’ (source: Wikipedia)

For example, if someone frowns at us, honks a horn at us, calls us crazy, disagrees with with some of our viewpoints or thinks badly of us, our happiness most often instantly becomes interrupted. That can play out into violence towards ourselves or to others.

This is where the concept of Ahimsa comes into play; the idea of non-violence towards ourselves or others.

When I started my Yoga course in September, I had made the decision to make Yoga and the concepts it teaches part of my daily life, because I think that it’s important.

I’m not a violent person, mind you, I don’t react physically — but I often had what I called “easily-interrupted happiness” which then turns into a pretty unstable life.

I get angry at x, I get angry at y, so the emotion is clearly in the category of violence, even though I don’t physically react to these emotions. Ahimsa teaches the concept of letting go, finding peace and understanding that although difficult, letting go of anger or violence is an important part of one’s life.

I realized before taking this course that happiness in general, not only my happiness, was and is extremely vulnerable; a raised eyebrow, critical comment or a negative remark is enough to blow one’s happiness away and that’s not exactly saying something good.

What kind of happiness do we actually have, if it’s so easily taken from us? How do we let these emotions go to the extent where our happiness isn’t dependent on certain experiences?

Yoga was the best place to start to find these answers, so I decided to look into what it had to offer.

Ahimsa in My Daily Life

Until recently, I’ve never paid attention to my behaviours, my words or my thought process, because they’ve been used as a safety mechanism. So, in order to truly achieve avoidance of violence (violence in any form, physical or not) I’ve been paying closer attention to certain things.

Love is a thing of hope.

You forgive, you forget and you give second and third chances, because you have hope that things will change for the better. The same goes for life and even success. When the going gets tough, though, we often don’t give ourselves that second or third chance. Instead, we will come up with the idea that everything is working against us.

It’s important to know that there’s nothing you can do to prevent yourself from getting hurt by someone. Violence seems to be a natural reaction from people today. I’m not talking about physical violence, although that too, exists. I’m talking about violence as a form of self-destructive behaviour.

If we learn to accept peace and letting go of difficult stressors in our life, we’re following Ahimsa. In that way, we can eliminate violence from within ourselves. Most often times, I will associate Ahimsa (or Yoga in general) to my advice in writing.

Just do it. No matter what. Practice writing, and write every day. Write for yourself. But don’t think of the outcome, think of the process.

If we take Ahimsa and use it in that manner, we’ll learn to observe our emotions, recognize them, but we won’t allow them to take control of us. It’s there to serve us, not the other way around.

Ahimsa is more than just about physical violence. It’s about our mental health and how we treat our bodies.

When I first learned that Ahimsa had to do with more than just physical violence, I thought to myself:

Well, I have that under control! Simple enough.

It wasn’t. I dislike many things. I have hatred towards others. I don’t gossip and I’m not blunt, but the act of disliking or hating alone already contradicts the concepts of Ahimsa. I don’t (intentionally) hurt people’s feelings, but even then, Ahimsa seems to claim that nothing is accidental:

We must think about what we’re saying before we say it.

We must think about why we want to say what we’re going to say.

We must not push ourselves or others to the point of physical or emotional pain.

In that realm of spirituality, one is so deeply connected with themselves, that they are completely one with themselves and govern their own happiness. This means that there is no destructive behaviour. Not even thoughts.

What if one, such as myself, had an anxiety disorder? Does that contradict the points of Ahimsa? It certainly does, because it’s all about understanding ourselves, our mental and physical health.

The most interesting part of Ahimsa was that when I truly started utilizing it in my life, for the most part, it helped my partner and I communicate in a more communicative manner. I knew where I stood emotionally, because my happiness was no longer governed by others. I am me.

To put it simply, I wouldn’t react to certain emotions or triggers. If one would disagree with me, then that would be their opinion and that’s fine. If someone makes a critical remark, well, that’s just another person’s opinion. It’s accepted, but if it’s not something that encourages me, then it has no meaning in my life. It’s as simple as that. I had most things in control.

In one of the courses I’m taking, Ahimsa had played a huge part in my reaction. Someone said

Uh, hey, asshole. I’m not trying to be rude, but can you stop typing so god damn loud? Shit!

I turned towards the lady, said:

and continued on with my day. For the first few minutes, it had seemed to get to me, but practicing the methods of Ahimsa quickly made the whole remark seem like nothing.

Be one with yourself, not one with the world. It can save a lot of heartache, trouble and maybe even violence! 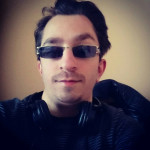 Hello, there! My name is Mike Kuplevatsky. I’m a Linux enthusiast, an Android fanboy, a technician and an aspiring writer. I spend my time writing a lot, because I think it’s what I was born to do. I also spend my time developing for Linux as well as for Android. I firmly believe that it takes change to make change, so change is what I hope to bring by sharing my knowledge with the world.