You are here: Home / Yoga Articles / Teaching • The Business of Yoga / Teacher Interviews / Tara Judelle on Journeying to the Centre of the Body through Yoga {Video interview} 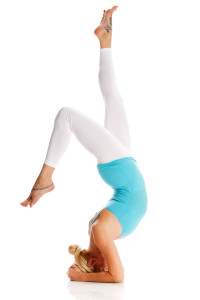 Meet Tara Judelle, an international yoga teacher and featured teacher with Yogaglo. Tara has over 27 years’ experience working with movement, and now focuses her yoga classes, and her own practice, on the discovery of embodied anatomy.

I had the pleasure of attending a weekend workshop with Tara last November, at a time I was beginning to become disillusioned with the yoga I was finding.

Tara restored my faith in yoga teachers. She taught 100% out of her own practice, in her own way, yet was also teaching from a strong philosophical background. This was full-spectrum yoga teaching the way I love it.

It was a strong reminder that the best teachers are those that go deep in their own practice, in their own way, and can then communicate what they’ve learned to their students.

Now Tara is coming back to lead another weekend retreat in Wellington on November 13 – 15, 2015, hosted by Urban Yoga, called Journey to the Centre of the Body.

So I thought it was worth up-cycling this interview with Tara in case you missed it the first time around.

I SO recommend making it to her workshop if you can.

In this Skype Video Interview Tara & I chat about:

The discovery of embodied anatomy:

“Embodied anatomy is feeling your body from the inside.”

“I think of it as taking a flashlight into your body, and illuminating parts of your body in order to bring them online to your awareness.”

“When you can sense parts of your body they start to tip into a sense of wellbeing. They like to be acknowledged.”

“The words they say and where they come from aren’t as important as the energy that is communicated through their being.”

“My interest is: ‘How deep can I make my own experience and how well can I transmit that too others?”

“My practice became a lot slower… almost like relearning everything… It literally felt like I went from a very basic cartoon to a Pixar animated film.”

“I wish to be effortless on my movement on land.”

“I had to figure out how to use the vocabulary of asana in order to present the system of Body Mind Centering.”

On how Tantric philosophy influences her:

“Tantra means technology or to loom or to weave… It’s that’s absolutely everything is the same consciousness. It’s radically non-dual.”

“It’s not that ‘this is good this is bad’… but that this is part of the dialogue of self that is helping me get to a greater sense of being.”

“Can I look at everything comes into my experience of life as something useful for my teaching, for my own teaching of myself?

On her future as a Yoga Teacher:

“How do we move it from the container of Yoga into bigger things? My ideal vision is that we’re creating think-tanks where this kind of information is moving into arenas outside of what we think of the Yoga world… I think it would influence the way people make decisions about huge, huge financial t=hings that influence the world.”

Tara travels the world teaching Embodied Flow, and also leads Teacher Trainings. You can find out where she’ll be next here. 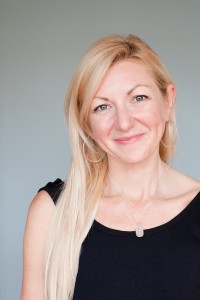 For over 27 years Tara has experimented with all forms of movement flow, from dance to Tai Chi, to movement improvisation and ultimately yoga. An English degree from Barnard College, post-graduate studies in theatre directing and a foray into film writing and directing brought her finally to the study of yoga and meditation. Certified in the Anusara™ method, Tara has taught yoga extensively, both nationally and internationally, for 13 years. She has been inspired by the Body Mind Centering® works of Bonnie Bainbridge Cohen and has studied and taught with Carlos Pomeda and Sally Kempton.

For the last 5 years she has been a featured teacher as part of the yogaglo.com team, allowing the yoga conversation to stream around the globe.

In 2010 Tara moved from her home base in Los Angeles to direct a yoga program and retreat center in Bali, Indonesia. Since the close of 2011, she has had no fixed base, leading to her current schedule facilitating workshops, retreats and teacher trainings worldwide. Find out more about Tara here.