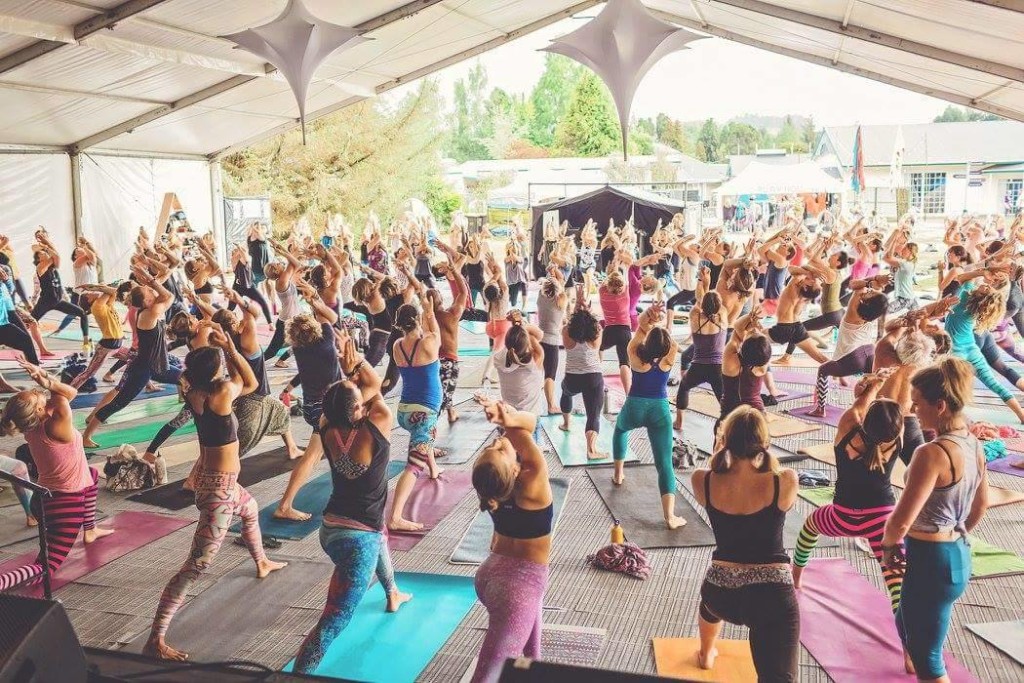 She’s sometimes referred to as “the Madonna of Yoga” – at least, that’s what Vanity Fair called Shiva Rea when she did a desert photo shoot for them in 2007. But magazines love catchy monikers and as someone who grew up idolising Madonna and has studied with Shiva… the two women are nothing alike.

“I’m not sure what exactly what they were referring to, whether it was my boldness, but I’m not into being a yoga celebrity at all. At all! Humility for me is a really important value. In a yoga class, I try to create a circle for us to practise in. It’s not me up there on the stage, and like – here I am.” (Source: Stuff.co.nz)

Named Shiva by her artist father, it was perhaps destiny that yoga would end up a major part of her life.

But it didn’t start that way. Shiva graduated from UCLA in anthropology and was an academic – living very much from her head. Then at age 27, Shiva lost her mother to breast cancer.

At the time, she had been teaching a couple of classes a week, but after the death of her mother, Shiva realised that yoga offered a direct path to healing and into the heart.

It’s this background in academia and anthropology which makes Shiva such a powerful yoga teacher. She understands the importance of honouring the roots and lineage of yoga though the Krishnamacharya lineage. She also understands how a living, open system changes according to the needs of the culture it finds itself within.

This adds great intelligence to the way Shiva teaches yoga. To the untrained eye, it can look like Shiva is just playing around, turned ‘real yoga’ into some kind of dance, morph-mix. But everything she does has purpose and springs from embodiment, and instinctual alignment, rather than the mind.

You can catch a glimpse of this difference in the way she describes vinyasa:

‘Vinyasa isn’t so much a bunch of poses strung together as the intelligence that connects one moment, one breath, one action to the next.’ (Source: LA Yoga)

Shiva teaches from a thorough understanding of a triple connection to the Krishnamacharya lineage – through Pattabhi Jois, Iyengar and Desikachar.

She was immersed in Astanga for ten years, completely dedicated to the practice. Out of that arose an organic, spontaneous way of moving according to her body. Shiva literally found herself in her Ashtanga practice being moved in ways other than”you’re meant to be moving.” It created a conflict within her – how to honour the teachings she was being given while honouring the instinctual movement that was arising within her body.

In time though, and with her understanding of anthropology, Shiva learned how to trust practices that were being revealed to her on the mat while still staying true to the lineage she had studied in.

Just as Krishnamacharya had taught from an understanding of both the Tantric roots of the yoga practice and also Ayurveda, so too did Shiva begin to immerse herself in Tantra and Ayurveda. She also began to study Kalarippayatu, an Indian martial art. (For more on the roots of Prana Vinyasa, click here.)

This deep study led to a method of practicing and teaching that honours the cyclical nature of life – of the seasons, of the moon, of the sun, and of ourselves. Out of that arose forty different namaskars – an evolution from Pattabhi Jois’ teachings of Sun Salutation A and B – and a way of teaching that is deeply connected to the elements and the chakras.

This expansion and evolution has been systematic, purposeful and integrated. Shiva has great clarity on what she is doing and why – nothing is haphazard or thrown together ‘for fun’ or because it ‘looks cool’. Even though it might.

And after training with Shiva Rea in 2010, I found it near impossible to go to any other teacher’s yoga classes.

Nobody was offering what Shiva offers – a deep embodiment and intelligence that is fluid and responsive to the changing needs of the practitioner according to what is happening internally and externally. This, all organised and understood through the heart with great intelligence based on what has come before, for centuries.

For example, this is how Shiva’s website explains the Namaskars:

The state of namaskar is “to bow, to realize the essence” whether it is the energy of the sun as in sun salutations (surya namaskar) or the moon as in moon salutations (chandra namaskar).

From a base of 4 classical namaskars, 36 different namaskars are explored through six levels of practice that have developed over the past 20 years of teaching. These are focused on different purposes for circulation, rejuvenation, multi-directional or circular movement, beginning with the foundation, honoring the elements, embodying the chakras, rasa and the heart of bhakti as the Deva-Devi as the divine archetypes and finally for sahara – releasing into breath-guided movement. Once beginners have integrated the foundation, students experience the wonderful effect of the opening of new pathways within their being.

I sat down with Shiva at the end of a five-day immersion at Tauhara Retreat Centre in Taupo, after the four-day Wanderlust Festival to find out more.

We spoke about the feeling of New Zealand, how Shiva’s Ashtanga practice evolved spontaneously into Prana Vinyasa, and how regular travel to India informs her expansion and evolution of the practice. 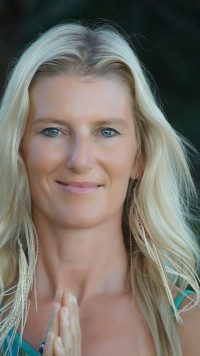 Shiva is the founder of Prana Vinyasa & Samudra Global School for Living Yoga and integrates the roots of vinyasa, yoga, ayurveda, and tantra in creative and life-transforming online courses, workshops, retreats, and trainings. Her studies in the Krishnamacharya lineage, kalarippayatu, world dance, yogic arts, and somatic movement infuse her approach to living yoga and embodying the flow.

Since 2000, Shiva has created and offered over 27 award-winning DVD-CD’s for home practice as well as served as an ambassador for prAna, Banyan Botanicals, and the catalyst for Yoga Energy Activism and the Global Mala Project which has raised awareness and funds for local and global climate change. She is a contributor/featured author in media from Origin, Mantra, Yoga Journal Magazine, and featured in the LA Times, Vanity Fair, and Self. Her latest book, Tending the Heart Fire – Living in Flow with the Pulse of Life is about living vinyasa, our energetic heart, and our energy future.

She has led free-form movement in festivals from Wanderlust, Chant 4 Change, Yoga Journal Live, Yogini Conferences, Bhakti Fest, Lightening in a Bottle, Barcelona Yoga Festival, Earthdance, Beloved, Bali Spirit Festival, TEDx, Tadasana Festival, and Burning Man. Shiva has collaborated with many DJ’s, artists and musicians to bring the art and healing power of music into the flow of yoga live and through the compilation and original music for yoga as a moving meditation for everybody.