You are here: Home / Yoga Articles / Deepening • The Yoga of Life / How Yoga Helped Me / How I Reconnected with My Inner Goddess at The Great Emptying Out Retreat 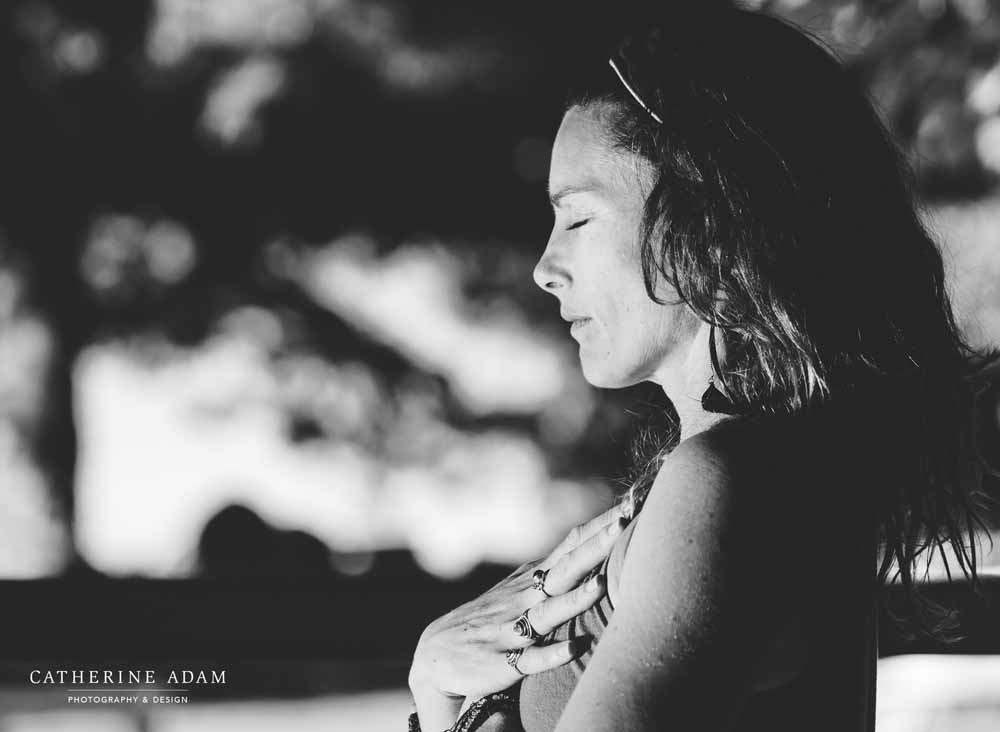 I first stumbled across the 2016 Great Emptying Out Yoga Retreat on Facebook and after reading the theme of the retreat – Self-Love – I knew I needed to attend.

Why? Because I had a shitload of stuff to empty out and filling that void with some self-love sounded like a brilliant idea.

At thirty one years of age, as a journalist and solo mummy to an amazing little soul called Emilie, I often feel like I should have my shit together by now.

Yet despite being equipped with an educated, inquiring mind, a bookshelf filled with names such as Eckhart Tolle, the Dalai Lama and Deepak Chopra, and months of regular therapy sessions, I was stuck.

There was something inside of me that I was having trouble shifting. – something big and deep and painful that I couldn’t really identify. And I didn’t have a clue where to find the key to get inside and fix it all.

I knew that I didn’t want to carry this load around with me forever. I needed to get it out in the open and get on top of it.

The flowing grounds of Taupo’s Tauhara Centre felt like the perfect place to host such a retreat, amongst the cool, crisp air and sparkling spring sunshine.

On the afternoon of the first day I gathered in a circle with some twenty other women on the grass under some tall trees.

There I met our beautiful facilitators, Kara-Leah and Helen, and nervously scanned the faces of women who I would be sharing the next three days. I wondered, who were these women, why were they here and what were their stories?

As we joined together in a grounding exercise and walked amongst the trees, stopping here and now to admire nature’s handiwork in a clump of spring daffodils, the magnificence of a cherry blossom tree, the perfection of a tiny brown pine cone, I breathed deeply into the bubbles of excitement growing in my belly.

This wave of excitement seemed to spread through our group and manifest in different ways; during our first introductory circle gathering around the altar that wave brought up tears and choked voices for some; a nervous outpouring of words for others.

We were asked to introduce ourselves, share what we were feeling in this moment and why we had joined this retreat. At this request the room filled with something… I am not sure if mere words can describe it; whether we were coming from a place of fear, anxiety, excitement or joy, it was as though our collective emotions swirled into a thick mist of energy around the group, which Kara-Leah skilfully channelled to create a space of love and safety – despite the fear and anxiety.

In this moment, as we first gathered around the altar, I had an impression of being present with a group of medieval warrior queens, huddled around a fire under our layers of greasy animal furs, getting ready to shed our dank and heavy winter clothing, burn it in a ceremonial fire and dance around it naked, whooping and singing to the night sky.

And damn, if I wasn’t ready to shake off my filthy old clothes and join in on that action, especially later during our high-energy-yoga-guru-meets-rave-goddess-cum-ballerina Yoga Trance Dance sessions.

While there was no nakedness in the physical sense, over the course of the weekend, Kara-Leah and Helen successfully created an environment that allowed and encouraged us to strip bare and reveal our fears and our hurts – not necessarily to each other, but to ourselves, which is really where it counts the most.

One of the most challenging exercises for me was when I was asked to close my eyes and picture my inner child. This was an exercise that posed a great challenge to many of us, if the sobs echoing around our circle were any indication.

The first time I pictured my inner child I had to push away my daughter’s beautiful face, which I have gazed upon and kissed one squillion million times since her birth, and draw my own face, that of a grubby blonde toddler child, out of the shadows.

She came, hesitantly, a half-grin upon her face and it hurt me so much to recognise the urge to turn away from her and with a dismissive sweep of my arm, push her back into the shadows.

Somewhere amongst the emotional roller-coaster of these three days the revelation came to me, the clouds parted and the light shone through, that I was actually the cause of so much of my pain.

What a despairing yet liberating moment! How empowering, yet so intense I wanted to crumple to the ground and weep in something resembling a mixture of agony and relief.

I had found my key. The answer was there inside of me all along. It was as though I had emerged from a long and violent thunderstorm to float above the clouds, safe and warm in a beautiful soft bubble of love and light.

For me, the retreat experience left me filled with a calmness, clarity and sense of courage. I am so grateful to Kara-Leah and Helen for creating and holding a space for us all to share, to bond and to empower one another to celebrate ourselves as women, as goddesses and as warriors in this great journey of life.

I would recommend the 2017 Great Emptying Out South Island or North Island Retreat to any woman who feels the need for a bit of emotional spring-cleaning and to let her inner Goddess loose for some yoga, dancing, laughter and love in the company of her fellow soul-sisters. 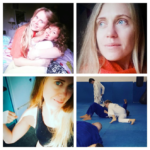 Victoria is a journalist, adventurer and mother to an awesome singing and dancing two-year-old. She lives in Papamoa with her daughter and their cat, loves health and fitness, yoga and Brazilian Jiu Jitsu.

You can read more of her writing at her blog, Whispers from Burma.