You are here: Home / Yoga Articles / Awakening • Creating a More Beautiful World / The Process of Waking Up / You Don’t Need to Know the Origins of an Issue to Heal it 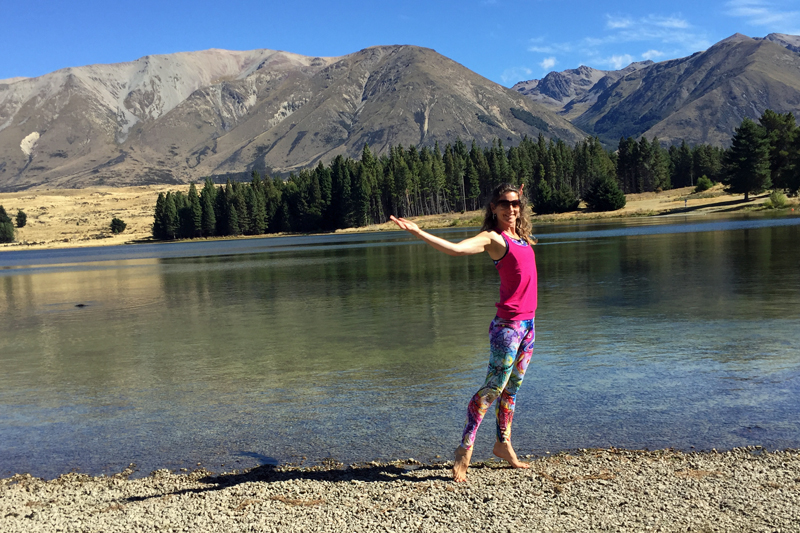 You don’t have to know WHY you carry a particular belief to completely heal & release it.

A story that illustrates this…

It’s April 2017. I’m on a camping road trip of the South Island with my partner and child. I take us to Lake Middleton – my family camping spot from about age 8 until I was 17.

Every summer, and many holidays, we would pack everything into the car, hook on the Nifty Nomad Camper, pack our tents and kayaks and fishing gear, and head up to the Lakes for weeks on end. It’s a place that holds a lot of memories for me and I was curious to see what it would feel like to go back there as an adult and camp.

We arrived, set up our tent, and got settled. I’m taking everything in visually and feeling into the space… I have a sense of myself as a young girl – maybe around ten years old. I can feel her, as if she’s with me. It’s uncanny.

After putting my son to bed in the van, my partner and I settle down to read our book by cell phone light in the tent. As we read, we take one or two swings of a bottle of JDs. Nothing much, just a taste here and there. And then we fall asleep around 10:30pm.

And I gasp out loud to my now-awake partner,

“I feel like an absolute worthless piece of shit!”

I have this visceral sense of being a young girl again – and waves of this horrible feeling are flooding through my system.

My partner takes one look at me and says “I’m getting a bucket”.

I protest that I don’t need a bucket but he’s already disappeared out the zipped door to grab the dish washing bucket. And by the time he’s back and placed it beside me I find myself vomited into the bucket, as wave after wave of INTENSE feelings pulse through my system.,

I’m sobbing my heart out, snotting everywhere, and vomiting repeatedly in the bucket.

“I feel like an absolute worthless piece of shit…”

It comes through me, again and again, and again and again. I know I didn’t drink enough to vomit, and the 2/3 full bottle proves that. This is a purge of something old and deep, helped along by the alcohol in my system.

My partner holds my hair back, and fetches toilet paper from the toilet blocks as I continue to vomit, snot and cry for a couple of hours. After two or so hours – it’s after 2 am – I’m done. The feeling has been purged from my system, along with a whole lot of vomit & snot and tears. Thankfully, no actual shit though…!

Along with the feeling goes that Limiting Belief. And I wake up feeling like the ground of my being has profoundly shifted.

I am not the same woman I was.

In the six months that follow, my business starts to make more money than ever before. All kinds of shifts happen around worth & value. Finally.

Somehow, returning to that childhood place was enough to trigger a repressed emotional memory. And I was able to purge it out completely, uninstalling a belief that had shaped my life for over three decades.

Even though I had no idea what had CAUSED the belief.

The WHY hadn’t mattered.

It was FEELING that mattered.

Whatever had triggered that feeling for me as a child… it was too painful for me to feel…. so I had pushed it deep down into my unconscious, where it fermented and created a belief, that I was worthless. That I was a worthless piece of shit.

All without knowing the WHY.

That’s almost a year ago now…

This weekend, while teaching about the process of identifying and releasing emotional blocks and beliefs in the system, I used that story for illustrative purposes.

I still didn’t know WHY I’d felt that way – I didn’t remember. Until later that afternoon, when I was debriefing the workshop with Melissa Billington. The memory hit me – an incident I’d always remembered, but until now, without the emotional content.

This time, I put two and two together. THAT was why I felt like that… that was why it was such a strong feeling, and created such a powerful limiting belief.

The very first time we ever went to Lake Middleton, there was another girl there about my age.

She had this deck of cards which I fell in love with – I coveted those cards. I wanted those cards. And so… as part of some game we were playing, I hid them. I hid them under a tree in the grove of pines that lined the space between the road and the lake on the Oahu side.

Only, when I went to get them to give them back to her… I couldn’t find them. She and I looked under the tree where I thought I’d hid them… and then other trees in that area. And we couldn’t find them. We had to tell our parents, and they came and looked with us. And then other adults came and looked, until it felt like the entire campsite was looking for these cards that I had hidden.

The grove of trees wasn’t that big – maybe ten metres by 100 metres at most… yet we never found them.

And now I realise that there was anger and disgust and disappointment directed at me… it was strong and powerful – as such feelings can be when they come from adults and from loved ones.

Those feelings felt so bad in my system that I internalised them all as a belief or idea:

“I’m an absolute worthless piece of shit (because I’ve done such a stupid and horrible thing).”

That was the moment of install, right there.

A lost packet of cards.

Adults who were pissed off about having to waste time hunting for cards in a forest, embarrassed about their child doing such a thing.

A sensitive child highly attuned to the emotional states of others…

This is how it happens.

This is how it works.

But you don’t have to know the WHY to uninstall the belief.

Seeking the WHY is actually a subtle form of resistance from the Mind… because it avoids simply feeling into the stored pain.

And that’s where the healing takes place…

Usually without buckets of vomit and snot and tears… but you know what? I’m so grateful for that purge because it radically changed the way I felt about myself on the deepest level.

And that’s worth barfing my guts out for.

I’m worth barfing my guts out for.

Got buried and unconscious beliefs you’d like to heal and release – without having to barf them out?