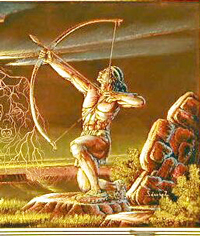 A season for all things…

Driving into Wellington there’s a big billboard by the docks that reads, “Cancel Winter.”  It’s advertising warmer climes, in this case, Nelson.

I know we can travel and many with means become snowbirds following the warmth of the sun around the globe.  Yet I wonder if we’re missing something crucial by avoiding the dark and the cold and the seemingly difficult.

I’ve lived in equatorial countries and the monotony of sun and heat most days for most of the year is not enough to keep depression or lack of purpose at bay.  It’s almost worse when you feel dark and gloomy in bright weather.

What’s the point of winter – whether of the soul or of the seasons?  Why go into the dark, undercover, underground?

Because it’s a balance to the light.  Both are needed.  Seeds are planted and grown in the dark, cold earth and in the dark, warm womb.  Light, movement, sound, and heat are all stimulating – in yoga and Ayurveda terms, rajassic and pittic.  Autumn winds and rain tear all but the bare essentials away so we can get back to the bones of who we are in Winter.  There’s a death.  Leaves and last fruits fall and the abundance of harvesting comes to an end.  Now is the time to hunker down, be still, and let die what “no longer grows corn” as the First Nation people say in the Americas.

Be brave in the dark night.  Get curious – find out what is at your core.  What stirs and wants new life?  What is dross that “no longer grows corn” for you and that takes up the resources needed to plant something fresh?  It’s only in the relative stillness that we can see the restless life within us that wants to expand, or be released for good.  It’s only in the relative dark that we can see the light.

Why are we so afraid of stillness, silence and the dark?

Because we live in a society that rarely discusses death in a healthy way.  Sure, it’s emblazoned across the headlines nearly every day, but that only makes us, consciously or not, more fearful of the only guarantee we have in life – that we will someday die.  This fear builds and broadens until we fear and resist changes of location, job, relationships, ages and even seasons.

How can we develop a healthier relationship to the seasons, of our year and of our Selves?

By accepting them and going into them with courage and curiosity.  What we call depression may just be the widespread symptom of a society that refuses to go into the dark, feel it and allow it, and trust that it’s a season with a reason.  Ever-ebullient up-ness is not sustainable.  Let’s cultivate greater respect and room for down-ness.

A friend described depression in a way that is very close to its etymological roots; she sees it as allowing herself to be pressed down–de-pressed–so that she has more spring to rise up and expand out.  But if she/we repress the need to de-press, then that button in us is liable to get stuck–and then we get stuck.

I tend to turn “depression” on its side and see it as pulling back the bow.

For me the confusion, lack of direction, dim thinking and heavy feeling that many people call depression and yearn to medicate or stave off, is important terrain and a key time.  It’s a personal season of letting die what’s done and feeling for direction in the dark.  It’s a clumsy, awkward time.

I don’t know which way I’m headed so I’m looking all over the place, listening for what calls me but often getting confused between what I truly want and what I think others want me to want.

To come back to the bow and arrow image, instead of seeing myself sinking, I feel myself pulling back.  I pull back away from others and even away from my own established identity/roles/responsibilities.  This is the pulling back the bow part.  I pull back behind where I’ve been and even who I’ve been in order to set up a new direction.

They’re linked obviously.  The clearer I am as to which aspect I want to focus on developing my ability to strengthen, the clearer the trajectory that will enable me to do that – and the target that will tell me I have done that.

Recently, this winter and in my own personal winter, I’ve found the most difficult part has been the energy and commitment needed to pull back the bow that last crucial inch (or metric equivalent!).

Today in New Zealand is Winter Solstice – a day of hope for people throughout time.  It’s a day of recognizing the power of the dark days and the welcome power of the sun to illuminate and warm our world.  May you find that which lights you up, pull back your bow of intention and let fly your arrow of conscious action in the world.  And may you trust in the wisdom of the seasons, all of them!