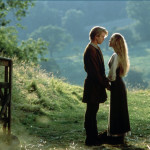 by Kara-Leah Grant When I was twelve years old I started a long short story - more of a novellete - about a young woman snatched from her home who finds herself in this other-worldly detention centre for teenagers. She's feisty as all hell, and makes a break for it with one of the other teenagers - a boy. As she and the boy go on the run, most of the action revolves around their relationship, which is fiery as all hell. Their banter is antagonistic, she gets mad at him often and isn't shy … END_OF_DOCUMENT_TOKEN_TO_BE_REPLACED 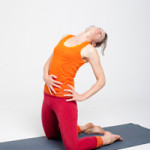 by Kara-Leah Grant, Musings from the Mat I'm sitting in the Picton Ferry Terminal, about to head over to Wellington for my second book launch event. The first was at the International Yoga Conference and Festival at Kawai Purapura last weekend. It was both a blissful and challenging experience, and - as always - a learning experience. The bliss came in teaching a class to 40+ eager yogis and feeling the flow alongside them. It was such a joy to share my teaching and my yoga. It was … END_OF_DOCUMENT_TOKEN_TO_BE_REPLACED