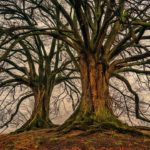 This article is an edited extract from K-L's new book, The No-More-Excuses Guide to Yoga, from the section called Yoga History, Philosophy and Concepts. It's a huge topic area, but in seven chapters, there is a succinct overview of much of the territory you might come across in yoga class - including Patanjali's Eight Limbs of Yoga.  by Kara-Leah Grant, author of The No-More-Excuses Guide to Yoga One of the most famous of the yogic texts is The Yoga Sutras. These were either written by, or … END_OF_DOCUMENT_TOKEN_TO_BE_REPLACED 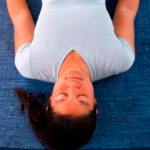 by Kara-Leah Grant Life is busy. Most of us are juggling some combination of work, family, socialising, passions & hobbies and health & well-being. Sometimes, despite our best intentions, the things that we know make us feel the best - like regular yoga practice - can be the most difficult to maintain. This is especially true when we go through a life change, or a particularly stressful period. Right when we need it most, our yoga practice falls away. Our job changes, or we … END_OF_DOCUMENT_TOKEN_TO_BE_REPLACED

Think yoga, and likely you'll think of a person bending their body into a posture. You'll imagine the cover of Yoga Journal and think, that's yoga. Except it's not. It's one aspect of Yoga - Hatha Yoga, or physical yoga. Yoga has many paths one can walk, including Bhakti Yoga, Raja Yoga, Karma Yoga, Jnana Yoga, Tantra Yoga, Mantra Yoga... some of these paths don't involve twisting and turning of the body at all, yet they are still yoga. … END_OF_DOCUMENT_TOKEN_TO_BE_REPLACED