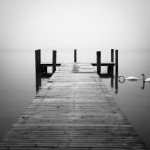 By David Cary I came to yoga in the early 2000s quite by accident. At the time I was struggling with ‘a big move’. Yoga was calming, and of course being in a room graced by a sprinkling of beautiful people did help. I finished one term, and, not knowing, moved to the next level class. Was that a mistake! Suddenly it was filled with lentil eaters, ujai breathers, spiritual people and other misfits from the fringes of society. And it was hard. That was the end. A year or so later, I found … END_OF_DOCUMENT_TOKEN_TO_BE_REPLACED 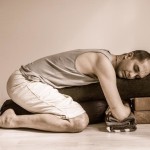 By Neal Ghoshal, Sacred Moves A little while ago I wrote an article on the eight essential principles of Restorative Yoga. Since then I've been continuing to delve deep into this beautiful practice. Deep rest is always calling! I'm happy to be sharing some more … and one of the most profoundly restful of the Restorative postures is Supported Child's Pose (Salamba Balasana). This is a posture which many find deliciously comforting and relaxing, perhaps because it tunes us into a time when … END_OF_DOCUMENT_TOKEN_TO_BE_REPLACED 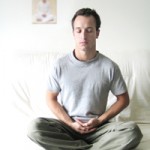 by guest author Peter Fernando, Meditation and Mindfulness Are you wanting to start your own home meditation practice? The number one piece of advice I have for you is: Just do it! Having said that, a recent question that came in asked for more details, so in response to that reader, here's... Six Useful Home Meditation Tips 1) Don't meditate in front of the TV (even when it's off), or in front of the computer. If you take some time to create a meditation-only space in your home, it's … END_OF_DOCUMENT_TOKEN_TO_BE_REPLACED