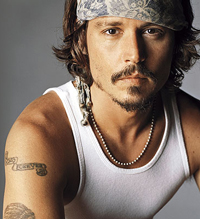 That man has a knowing about him… damned sexy

I went to a party a few weeks ago.

A man sat down beside me.

We talked. And we talked. And at some point I looked into this man’s eyes and thought, damn you’re an intelligent, witty bastard.

That’s always the first step for me.

Desire can never arise unless a man is smart and sharp and somehow knowing.

But that’s not all that there needs to be.

I’ve known intelligent, sharp, witty men before whose company I really enjoyed. I knew they were attracted to me. I knew they wanted more than friendship. But I didn’t know. I wasn’t sure.

So I got drunk and tried it out – the sex that is.

How is it at my age with my experience that I still haven’t – or still hadn’t – learned to trust my own desire, or lack of it?

Oh I know – because I desperately wanted it to be what it wasn’t.

I wanted to be in that place of deep desire – so took a gamble on halfway there. Foolish – but another step in understanding and undoing a life-long pattern around men, desire, fantasy, projection and madness.

No – for there to be real desire, not only does a man have to be smart and sharp and somehow knowing, he also has to embody a certain kind of physicality.

He has to be in his body, own it almost. He might be dancer-slender or muscle-bound thick or musician-lanky… but he has that embodied quality.

At this party, a few weeks back, watching this same man wander dripping wet into the kitchen from the hot tub to fetch another bottle of red wine I was hit by a wave of desire. Lust. Wanting. Call it what you will.

Omigod, I thought. That’s it! There’s no mistaking that. You know that. It’s right there, palatable and real and aching and hot damn.

That’s the second part of desire.

But easy to forget, especially when years can go past with no sign of it.

You forget what it feels like, what it aches like, what it drives like… and then you start to second guess yourself. This guy is intelligent and interesting and interested in me… maybe I do feel something for him. Maybe I’m bias against him because he’s this or that and I’m being shallow. Maybe maybe maybe.

Once arisen though, that desire takes on a life of it’s own. it invades my mind and spins fantasies and projections and wanting and ideas and omigod. Take a step back. Breath. What’s this going on then?

I want. And I want badly.

Wanting’s ok. Nothing wrong with wanting. Wanting is a force of nature that helps us to know what we… want. Want with all your might and all your force and all of your everything.

But hold lightly to that there wanting cowgirl.

Hold lightly…. don’t act on the wanting arising from the inside driving you forward to do crazy, stupid, mad things. No, see it all for what it is – projection and fantasy and objectification and lusty addiction.

Yes, the trick with the wanting is to see it, know it, and let it go.

Release it gently outward and don’t do anything. Wait until something happens on the outside and then respond to that. That’s the trick.

But we don’t – we respond to what’s going on inside of us – the thoughts and ideas that our wanting is spinning as we try to make our desires come to fruition. We don’t listen and see what’s happening on the outside and respond to that, regardless of what it is we want.

At least, I never have. I’ve been a shocker throughout my life.

When I want something, I want it will every fibre of my being and I throw all my force into making it happen.

This is a strength when it comes to things like building websites out of no budget or writing and self-publishing a book in less than six months. I can make something out of nothing effortlessly.

This is a major weakness when it comes to romantic relationships.

My deep wanting and ability to make things happen has had one of two effects when it comes to men.

Either I scare them off completely because my wanting is all about turning them into an object so they can satisfy my lusting addiction for the high of desire and all that comes with it. (Who says woman can’t objectify men?)

Or I spin a fantasy relationship that eventually collapses under the weight of it’s own illusion. That’s a broad-brushstrokes description of all the long-term relationships I’ve had to date.

At it’s ultimate, this old character trait was a contributing factor in the psychosis I experienced in 2004.

My fiancé broke up with me after my first LSD-induced episode of psychosis. I loved and wanted this man deeply, deeply, deeply in every fibre of my being.

Intellectually, I knew he was going to leave me and I had rationalised it as ok. I didn’t allow myself to feel the emotional depths of my sorrow. And my mind – knowing that deep wanting I couldn’t acknowledge and release with sorrow – did it’s best to look after me and make everything alright by spinning complex scenarios involving mountaintop weddings and helicopters.

Unable to face the reality of break-up, instead I drove myself right into madness by believing we were not only staying together but getting married that weekend.

That’s the madness of holding tightly to desire at it’s extreme – of listening to the script in our head and ignoring the reality in front of us.

It’s nothing more than the usual fantasy and projection that our minds spins taken to the nth degree.

Recently, I encountered this pattern – albeit a milder version of it – in someone else. A man I’d briefly almost met in person who connected with me on Facebook.

As our interactions went on, I realised that he wasn’t responding to what was actually happening between us but to ideas and projections he had in his head. He was reading from a script and had forgotten to give me a copy. I was fascinated. Wow! So that’s what it looks like! Needless to say, it freaked me out and made this man anything but attractive. I couldn’t see him for his thoughts and ideas.

It was a brilliant piece of mirroring. I looked at him and thought, “I’ve been you.”

I had an opportunity to develop a healthy relationship to desire.

How easy it is to fall back into old patterns though… I caught myself on the weekend, falling. Acting from the desire to make something happen rather than responding to reality as it was. Doh! Careful girl. And then I laughed at myself.

It’s no wonder that many religious or spiritual paths advocate or encourage celibacy. The energy that rises from desire is the strongest I’ve come across. It has the most possibility to drop me down into delusion again. Better to just cut it off right – turn away and not allow it to enter at all.

Not me – I’m opening to the full force of desire and letting it have it’s way with me. Without acting. Just observing.

It’s an incredible feeling – a deep wave of wanting arising from the depths of being and propelling one forward. The trick is not to attach it to the trigger on the outside. The two things are actually separate.

This desire I’m feeling has nothing to do with the man I met. It lives inside me. It is me. My mind may attempt to engineer this or that so he can trigger the desire again, but I know better.

That’s the practice, right there, to sit in the fullness of desire without the compulsion to act on it.

To allow it to be.

In doing so, I stop objectifying the gorgeous men I met and unconsciously manipulating them into a starring role in my romantic dramas. Instead, I can meet them as they are, and see them as they are – full human beings with their own needs and wants, and their own desires.

From this ground of being – a ground of deep reality, a real relationship may – or may not – have the opportunity to arise. I don’t know. All I know is that in a single meeting with a beautiful man, I’ve seen deeper into a life long pattern than ever before.

And that right there is a gift, if nothing else.