You are here: Home / Yoga Articles / Teaching • The Business of Yoga / Teaching Insights / On Forgiveness, Redemption & #MeToo in the Yoga Community 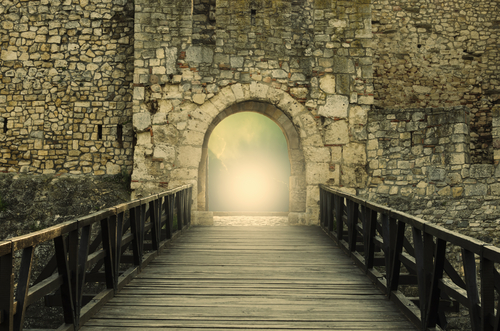 Now that the finger has been let out of the dam, there’s been a deluge of #metoo stories coming from our Yoga community.

When we do start naming names, what then? In the past, even when teachers have been revealed for serious breaches of conduct, many of those same teachers were immediately forgiven without skipping a beat, and continued onwards with their glorious careers, seemingly unscathed.

A recent article in a New Zealand newspaper by Michele A’Court called “Redemption Song” (The Press, Christchurch, December 2nd, 2017), asks when is it time to forgive? She speaks of the need for apology, sincere contrition, appropriate reparation, rehabilitation, and the possibility of a welcome home. She goes on to say:

“To be allowed back into the village, all those steps need to be taken where the villagers can see them, starting with a proper apology to the victim. The kind that starts: “l am sorry that I did this to you,” said to the person wronged; not: “l am sorry if you…” which is equivocal, and neatly shifts the blame from offence caused by you, to offence taken by someone else.”

In the pre-digital decades that I’ve been working on ethics and being a kind of unofficial ombudswoman for those who felt they could not tell their stories publically, I’ve witnessed how the Yoga community has this immediate need to forgive the abusers, all doused in confusing rationalist terms and iced with spiritual sweeteners to help the supposed medicine go down.

But what really goes down is the festering wound left for women who see their abuser headlined on the cover of our most prominent Yoga magazines, featured at conferences, and welcomed at yoga studios worldwide.

It is this complicity that most hurts the victims for it conveys the magnitude of the abuser’s support network, which all serves to make her feel very small and powerless when she is trying to wade through a quagmire of shame that includes feelings such as “Why did I let this happen? Why didn’t I do something at the time? Why didn’t I tell someone?”

We further dishonour victims of abuse when we fail to listen to multiple credible allegations made by respected female members of our community by immediately declaring that the perpetrator is “a brilliant or gifted Yoga teacher”. When these kinds of comments follow on the heels of a description of a teacher illegally sexually assaulting a woman, what we’re really saying is: “Please press the pause button while I immediately erase from my mind what you’ve just told me”. What is also said in between the lines is: “The dignity and rights of women pale into insignificance with a teachers’ ability to regurgitate a long list of technical pointers on doing great backbends.”

“Who will believe me?” is only the first hurdle. The next hurdle is living with the knowledge that your abuser has been welcomed back into the fold without apology, without showing contrition, without reparation, without any signs of rehabilitation. How do you witness this without feeling a growing sense of rage, injustice, and frustration?

And like the detritus that passes for human life that supported the gross and abusive horror that was Harvey Weinstein, we have mechanisms within our community that not only make it easy for Yoga teachers to continue abusing their students, we also have the seemingly failsafe justification of “forgiveness” that acts to also assuage any possible guilt by association for the enabler, because, let’s be clear, there’s money to be made from these transactions. Money for the teacher, and money for the organizations, companies and studios that stand to gain through continuing the ruse.

So may I suggest, that when we begin to see those names coming into our feeds, that we, as a village, ensure that all steps are taken before we offer forgiveness.

And that we, as a village, boycott the organizations, conferences, festivals and product makers who continue to offer safe houses for those with known, unresolved histories of persistent predatory behavior. I suspect that studio directors, editors, online product companies, and the like, may start to become very discerning in vetting the teachers they choose to work with. 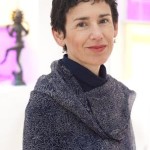 Donna Farhi is a Yoga teacher who has been practicing for 40 years and teaching since 1982. She is one of the most sought after guest teachers in the world, leading intensives and teacher training programs internationally. Her approach to Yoga is informed by the refinement of natural and universal movement principles that underlie safe and sustainable Yoga practice. This concentration on fundamental principles allows students of all levels of experience and from all traditions to build their own authentic Yoga practice. Considered the “teacher of teachers” students return to Donna’s intensives year after year to be a part of the inspiring evolution of Donna’s own practice and teaching.

Donna is the author of four contemporary classics: The Breathing Book, Yoga Mind, Body & Spirit: A Return to Wholeness and Bringing Yoga to Life: The Everyday Practice of Enlightened Living. Her fourth book Teaching Yoga: Exploring the Teacher-Student Relationship is a curricular text for teaching trainings worldwide. After nearly four decades of practice Donna believes that Yoga is about learning to befriend our self and to be in friendship with others as a means to building greater fellowship with all of humanity. Her fifth book, co-authored with Leila Stuart, Pathways to a Centered Body: Gentle Yoga Therapy for Core Stability, Healing Back Pain and Moving with Ease, was released in May 2017. American born, Donna now resides in Christchurch, New Zealand on a 30-acre farm with her partner.