You are here: Home / Yoga Articles / Awakening • Creating a More Beautiful World / Activism / How to Change the World No Matter Where You Are or What You Do 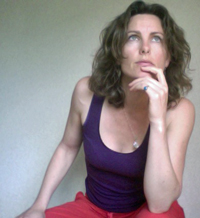 Pondering how to save the world?

This month marked nine years since I returned from overseas, after having two psychotic episodes and ending up in Vancouver’s Lion’s Gate Hospital’s Acute Psyche Ward.

I was a mess. Eight years prior to that, I’d left New Zealand after completing a journalism certificate, heading overseas to seek fame and fortunate. I’d been runner up to Dux at high school, invited into two Honours subjects at University and voted Most Likely to be Prime Minister of New Zealand by my high school peers.

Fascinated by politics, economics and history I wanted to make my mark on the world, whether it was via politics or journalism.

But I wasn’t ready for either the world of politics or the world of media. I was horrified by my work placement experiences with local newspapers and TV3. I was disgusted by the way media seemed to just “make up” stories. Plus I was far too insecure and unsure of myself to give voice what I was seeing.

Overseas adventures beckoned, and instead of chasing a career in politics or journalism, I dropped effortlessly into the drugs, alcohol and party adventures of young Kiwis on their big OE.

Suddenly, all the insecurities I had melted away and I found a new found freedom and liberation at the bottom of a glass, the swallowing of a pill, the smoking of a joint or the inhaling of a line.

My twenties were eaten up by adventures – chasing a good time, chasing men, and chasing my dreams. Because despite the partying and crazy lifestyle, I continued to write. I wrote an award-winning screenplay, I won a short story competition, and I graced something like twenty covers of Pique Newsmagazine with in-depth feature articles.

Still, the instability of the life I was leading lead to the implosion of my life at age 29.

It completely destroyed me – while paradoxically also broke me through into another level of reality or consciousness, wrapped up as it was in Awakening.

Unfortunately, the awakening I experienced was most definitely of the non-abiding type, and immediately afterward I was left with nothing but a knowingness of how effortless and filled with grace life could be in a state of oneness flow while experiencing the exact opposite as my agitated mind completely took over again.

The last nine years has been all about piecing myself back together.

Or rather – dissolving all the parts of me I realised in my madness that weren’t me at all but just ego constructs built up in childhood to protect me from the world. All thoughts of having an impact on the world faded – it was only my own internal world that mattered.

If I wasn’t clear, centered and at peace, what good could I possibly do out there in the external world?

This has now changed.

For the first time in my life, I’ve reached a place of integration where I understand life and my role in it.

In this understanding is arising a yearning to step back into the world and be something out there – at least, to have some impact or to shape the shared reality in some way.

To a degree, that’s what this website has always been about – a way to share my perspective on life with other people.

It’s worked admirably well. Yet it’s only speaking to a small segment of the population.

Who is this I that wants? I also ask myself that… for there is a knowing that there is no I – that I is just a story I make up. I mean, witness the story of me at the beginning of this article… taking separate discrete events and stringing them together in some kind of narrative that creates meaning.

Here’s another example of the I creating story and meaning out of inputs:

I watched John Campbell today, interviewing Simon Bridges about the Deep-Sea Drilling off the coast of Kaikoura. I thought:

I could have been John Campbell, if I’d stuck the journalist path back when I was 21, jumping through the right hoops and taking the right actions.

Watching him, I felt envy:

There he is, in the midst of the action, engaging with the people who make big decisions that shape our shared reality. I want that!

I’m curious about the power brokers – what they’re like, what they believe, where they come from, what they want, how they see the world. I would love to talk to them in person. Or at least – listen to them. Witnessing Simon Bridges rant, I doubt I could get a word in edge-wise.

I don’t know. All I do is bring awareness to what I’m noticing, how it make me feel, and the thoughts that arise.

For a long time, I’ve believed that the only change we need to focus on is internal – that shifting consciousness will shift our experience on this planet. It’s one reason I’ve been so focused on my own growth and consciousness, and why I’ve been publishing The Yoga Lunchbox to help other people make those internal shifts of consciousness.

Now though, I’m not so sure.

It feels like there’s almost two different realities at play – those who are aware of consciousness and a sense of oneness, and those who rule the planet through governments, corporations and other institutions like the United Nations.

However, I am also curious about the power of presence. Watch Adhyashanti and you’ll see what I mean. Here is a man that is completely present. He has a personality structure as such, yet there is no ‘I’ left running the show.

I wonder what would happen if more and more of us woke up, into abiding awakening, and also stepped up into roles on council, in government and in business.

Not to change anything, or push a position, or argue a point… but just to be there. Literally, just to be.

Ah… in that sentence lies my answer.

The most powerful thing I can do right now is do be as deeply in the moment as possible.

As always, it sounds simple, but it’s not easy. I’ve noticed in the last week or so how un-present I am much of the time – always rushing on to the next thing, my mind spinning some story or other, dreaming up some other scheme, plotting some new project. I still have a strong dose of the achiever driving me forward.

I’m always trying to get somewhere – be other than where I am. And maybe that’s the yearning I was feeling watching John Campbell interviewing Simon Bridges – a desire to be elsewhere, doing more, achieving more.

But there is nothing more. There is only this. Again and and again, that’s what I come back to. This.

Just being… deeply, in each moment, me. Out of that, action will arise. New roles may arrive. A new path may arise. But nothing need be sought, or attached to… I can desire something while fully accepting and loving and being where I am.

I wrote this a week ago and have continued to explore and read and discuss and write about my feelings around shaping the world.

It’s all lead me back to the same place.

I’m already shaping the world, simply by being me, as I am.

I already have a role to play – as a writer, teacher, publisher, parent, partner, family member and friend.

The most powerful action I can ever take is to face into the wholeness of my being – shadows and all. Which is exactly what I’ve been doing for the last nine years.

Now, all that’s changed is that I have more awareness and energy to face outward into the world as well. And that simply means being fully present in every moment. It’s the most revolutionary act we can ever take.

Know & own our darkness, be fully present – as echoed in this beautiful article from Emma Fernbloom, Hidden in the Blood:

I sit in the forest, under a tree and I ask the earth, in desperation, what can I do? And the earth, bless her ever-giving heart, speaks to me.“Love your whole self, all shadows, so your fear won’t undo you.

Light up the self, first, so no darkness exists when you come to me fully.

Nothing stands long in the face of love.

Are you able to love all that is, all shadows included, into dissolution?”

That I will do.

That I am doing.