You are here: Home / Yoga Articles / Awakening • Creating a More Beautiful World / The Process of Waking Up / Exorcism: An Invitation to Work Consciously with Fear 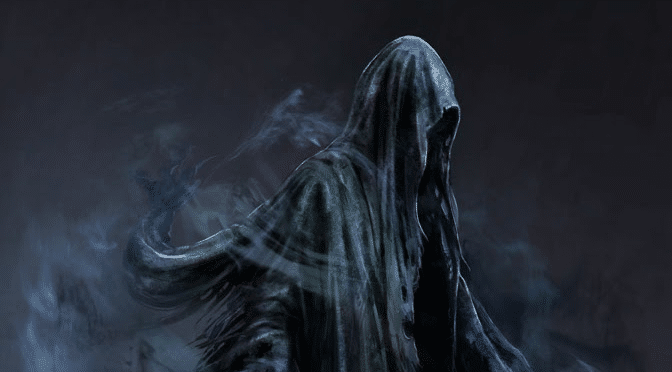 “A spindle of fear flares in my belly and I know it’s an initiation – an invitation to work consciously with fear.”

This week, I took part in an exorcism.

But let’s just call it a healing, because that word exorcism caries all kinds of connotations that can stop us from bringing our hearts and awareness into the moment.

There was nothing to fear in this healing, except, of course, fear itself.

More than ten years ago, I took on an energy, an entity, a being of the subtle realms… it’s not something I’ve talked about much because, you know, crazy.

Yet it wasn’t crazy for me. It was real. And sometimes perturbing.

The energy came from an ex-partner. I’d seen it in him before I felt it in me, so I knew.

I remember, clearly, the moment when I first felt this energy in me. It was in Wellington, in 2008. My ex-partner was away for the weekend, and I was home alone. I smoked a joint. I may have been meditating. And then I felt the energy within me – on the right side, moving through me. If I surrendered enough – softened and allowed – it would distort my face into curl my lip and crinkle my eyes.

Use of alcohol and drugs creates holes in our energetic fields and allows other energies to enter. This I know now. But I didn’t then.

And my natural gifts combined with my love for this man and the amount of weed we smoked together created an ideal situation for the energy to jump from him to me.

Over the years, I’d occasionally share with a healer or energy worker this energy within me. Sometimes they would tell me they could remove it, and yet they never did. There didn’t seem to be any ill-effect from having this energy within me – it was kind of like some homeless guy had taken up residence in the basement and kept mostly to himself.

Then I met a healer who not only saw the energy within me but was able to correctly identify it for me. His felt sense of what I was experiencing matched my felt sense of the energy. Finally, someone who knew what he was talking about. The possibility of removing the energy became real.

On the last full moon, I went to go into Ceremony. The moment I lit my sage and began to open the directions… the energy was there. So strong, so powerful.

And this time, the first time, as I sat and meditated, I began to see flashes of scenes. As if the energy was showing me aspects of his life.

Him, clubbing someone. Him, slitting someone’s throat. It was happening in another time, an older time.  It was this land though. This land.

I knew it was time. Time to release this energy once and for all. I didn’t have to carry it, not anymore.

So I called Ruatau Perez.

“I’ll get you on the table first. And then we have to go into the ocean and work with the ancestors.”

Into the ocean – I don’t like cold water. Especially in autumn.

Ruatau came on Thursday. Set up the table, started with chants, and began the work.

I surrendered into this world that seems to have claimed me – one where energies can take up residence within other people, and tohunga show up to chant and heal and send such energies back to where they come.

“It’s going to hurt. Scream if you need to.”

And Ruatau began, with the Mirimiri I’ve grown so familiar with over the last few months. It starts in the feet, and then moves up the back of the legs. Pressure, so much pressure. And pain, oh it’s never hurt like this before. How am I going to do this for the whole time? But I know I have to.

“You have to eat the pain. Eat the pain, or he’ll use it against you.”

I’d been trying to breathe my way through the pain. But I shift. I begin to eat the pain.

And everything shifts. The pressure eases – or appears to – and the pain lessens.

I can do this.

And as Ruatau works his way up my body, working on my back now, I tune into this energy that’s trying to run within me and trying to hide.

I reach out with love, and reassure him.

It becomes the mantra as I flip over on to my back and Ruatau moves into the most painful pressure points of all – the belly.

Now I do cry out, in anguish and pain as I wriggle and move and try to find comfort and for a split moment, I am that energy trying to get away and then it is done and Ruatau is chanting again and spraying me with ocean water. I lie on the table and feel multi-dimensions of reality washing and waving over each other in a multitude of directions.

Waves of grief roll through me and I cry, astonished that I had grown to love this energy. A vision springs up. A riverbank, thick with river stones. Of saying goodbye. Of him turning to walk into the mists of time. Of Sam appearing beside me and us walking in the opposite way.

“You were carrying that energy for your son. It was a curse, handed down through the family line. They stole someone’s ancestor’s bones.”

Still, I lie there, unable to move, feeling as if everything is rearranging itself on a cellular level, energetic level, subtle level. Through time, and through space.

But we’re not done yet. We have to go to the ocean.

There is a beach five minutes from my house and we walk down mostly in silence. It’s cold when we hit the shade of the trees, and I’m grateful for a day of sun. The tide has turned, and the bay is shallow, with a bottom covered in shells. We pick our way out, shivering in the late autumn air.

I can see a clear spot where the shell beds cease and I know that’s the spot. I’m ahead of Rautau and arrive there before him.

As I turn back to tell him this is the place, I see it, a few feet away.

Waiting for us, in the place.

A spindle of fear flares in my belly and I know it’s an initiation – an invitation to work consciously with fear. I shift my awareness into the stingray and feel it’s being, it’s intent, it’s presence.

The fear dissolves into wonder. The ray flaps lazily and glides five feet out to sea, pausing, still holding space for us.

I get down on my knees, bracing myself for the chill water. Ruatau begins to chant again, walking in ever smaller circles around me, churning up the water, heating up the water.

Mud settles onto my thighs as I will myself to sit down lower and lower, knowing I have to go right under for the end of the ceremony. Rautau nods, and I lie back, fully submerged except my face.

And as the last chants happen, I sense beings under the water. Beings made of black mist like the wraiths in Lord of the Ring. They come at me, screeching and baring their teeth.

They are frightening as all hell.

But I am not frightened.

I am not frightened.

It feels like there are eating something out of me. Something that was ready to go.

And then we are done.

And I come back up out of the water.

Ruatau and I grin at each other as we follow a clear channel back to the shoreline.

The healing is complete.

Now, only rest is needed.