You are here: Home / Yoga Articles / Deepening • The Yoga of Life / What's Real Yoga & a Real Yogi? / Five Reasons Why Crossfit & Yoga Complement Each Other 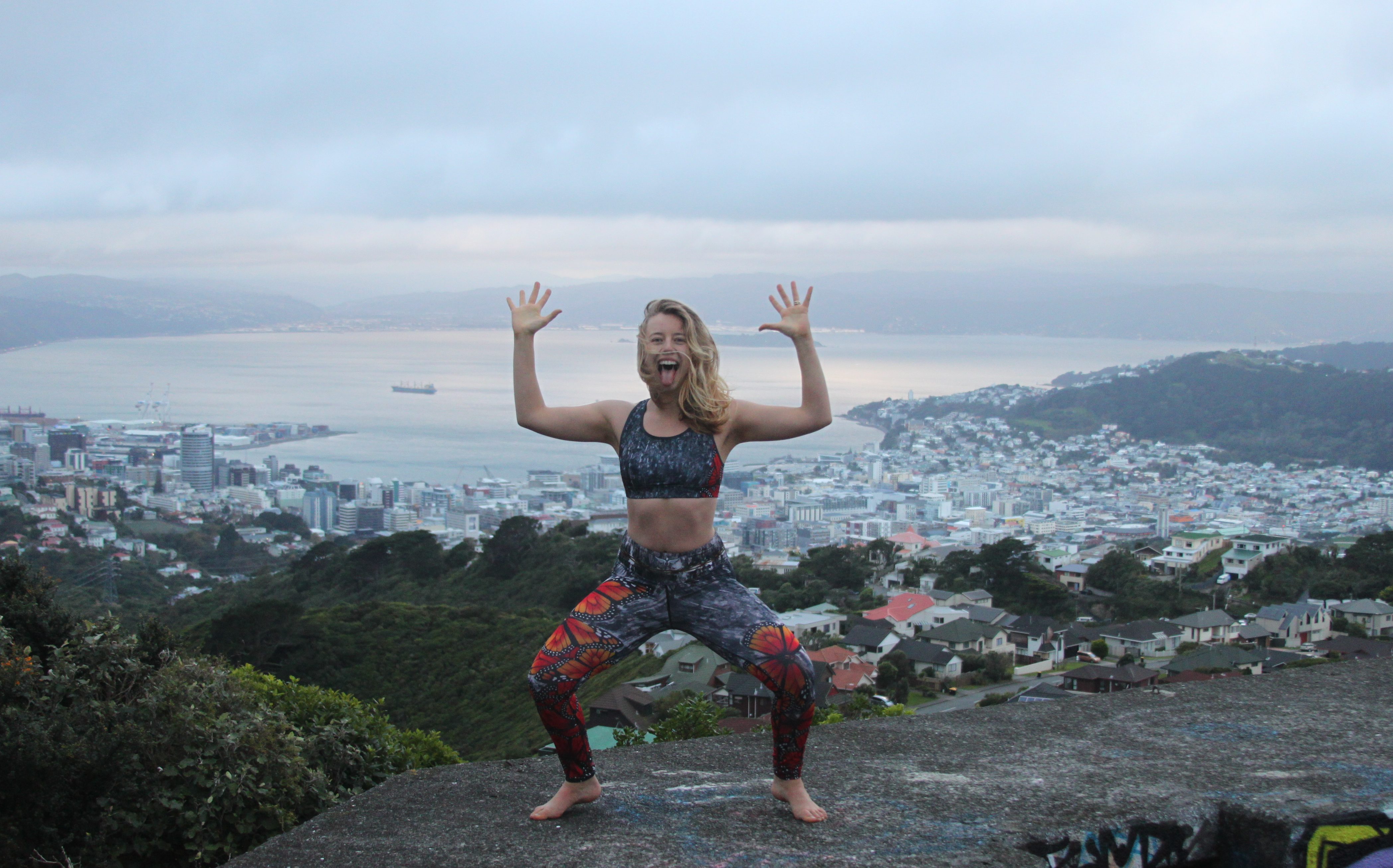 Squatting, one of my favourite yoga poses & a sure key to success in Crossfit.

Turns out I was wrong.

The thing that surprised me most about Crossfit was not how hardcore it was, or how sore it made me, or how competitive everyone was, but rather that my new Crossfit routine was making a big difference to my Yoga practice and that my time on the Yoga mat was significantly benefiting my Crossfit workouts.

1. Crossfit has helped me to build strength in a way I’ve never been able to do through Yoga.

Almost every Yoga teacher I’ve ever had has told me that I need to build strength.

They say, noting my hyperextended joints, open hips, and ability to ‘flop’ into almost any forward or backward bend.

Don’t worry about flexibility. What you really need to do is build strength. Flexibility without strength is weakness.

And I’ve tried. I’ve held plank pose daily for minutes at a time. I’ve balanced on my forearms and hands. I’ve employed various core strengthening exercises. I’ve held Warrior II with shaking muscles, and practiced push up after push up and yet… It never seemed to be enough.

Or rather, I wasn’t doing enough, at a high enough intensity, for long enough, for my strength to significantly increase. It increased a bit, sure, but the gap between my ability to ‘flop’ into poses, and my ability to support, and sustain, and practice those poses safely (and as they are meant to be practiced) was still too great.

After two months of Crossfit, I can do a full Chaturanga Dandasana and know that I’m doing it with integrity, something I’ve never achieved in the six years I’ve been practicing Yoga.

The strength I’ve developed from high-intensity Crossfit workouts, especially those focused on upper body strength, have added a whole new dimension to my Yoga practice. Finally, I’m finding a better balance between strength and flexibility and learning what it really feels like to have the support of strong muscles.

2. The flexibility I’ve cultivated through Yoga is a huge asset in Crossfit.

It hadn’t occurred to me that this would be so. But once I realized what a crucial role squatting plays in weightlifting I realized that I had an advantage over the other Crossfit newbies.

I love squatting, and I incorporate it regularly into my Yoga practice, along with plenty of other hip openers, so I had no problem with mastering this fundamental weightlifting movement. In fact, it felt completely natural. But for many people squatting is extremely difficult. It’s not a motion that we often perform in daily life, and tight hips can make it an uncomfortable one to perform.

Of course, flexibility comes out to play in more than just squats. The increased flexibility, mobility, and balance I’ve gained from my dedicated Yoga practice makes most of the basic Crossfit movements, like the clean and jerk, deadlifts, handstands, and push presses, accessible to me. Unless they involve significant upper body strength. I’m still working on that one.

3. Crossfit is a great practice ground for the Yogic skills of awareness, presence, and focus.

I’ve often been told in Yoga classes that the discomfort is part of the practice, that in fact, staying calm and still in the midst of your muscles screaming and shaking and begging to lie down is the practice.

Crossfit can be just about as uncomfortable and physically challenging as it gets, much more so than your average Yoga class, making it the perfect place to practice a calm yogic focus.

In fact, there’s something about the intense, primal, and rhythmic movements of Crossfit workouts that lends itself particularly well to a meditation-like focus. Your fellow classmates are silent, the movements are difficult but repetitive and you start to get into your own particular rhythm and let the breath lead you.

So while my time meditating on my Yoga mat may not be conditioning my body for Crossfit, it definitely conditions my mind to find stillness within the intense workouts.

Crossfit doesn’t have a good rap on the injury front, and although I’ve mostly been really impressed by the level of care taken by the coaches at my local Crossfit gym, there are some teaching techniques that make me cringe.

Like the time we were taught to do handstands and, after a thirty second demonstration, we were all instructed to throw ourselves at the wall, resulting in multiple people collapsing midway, hitting the wall with their backs and falling to the floor.

I couldn’t help but compare this fiasco to a recent Yoga class where the entire ninety minute class was built around warming up and preparing for handstand, and where, when it came time to practice handstand itself, we came into the posture with care and awareness and with at least two people to hold and support us if needed.

My Yoga experience has taught me to value caution, slowly moving into postures with alignment, and taking my time to do so. The practice of bringing awareness into the body and to the breath makes it much more difficult to injure yourself. Paying attention is an all-round useful life skill, but it especially comes in hand when you are engaging in potentially risky movements, like lifting heavy objects, or throwing yourself up against a wall.

5. Crossfit has made me significantly more aware the beauty, strength, and capability of the human body and how it functions.

In addition to the strengthening my muscles, I’m grateful to Crossfit for giving me the gift of awareness, for helping me to literally feel into the structures of my body.

It has made me ache in ways I didn’t know I could ache, forcing me to acknowledge muscles and parts of my body I’ve never considered before, and has fuelled my curiosity to understand how this thing we call a body functions.

Fortunately, Crossfit coaches and enthusiasts are just as likely as yogis to be total anatomy geeks, meaning that I’ve learnt a lot about the muscular and skeletal system, and the strengths, weaknesses and imbalances in my own body.

Attending Crossfit classes has also filled me with awe at what the human body is capable of. I’ve seen the men and women at my local Crossfit gym, many of them quite ordinary looking, execute some incredibly demanding movements—think pull ups, rope climbing, Olympic weightlifting—with true grace and strength.

It’s a beautiful thing to see, and an inspiration to me in both my Crossfit and my Yoga practice.