You are here: Home / Yoga Articles / Deepening • The Yoga of Life / What's Real Yoga & a Real Yogi? / The great debate – Which is better, Yoga or Pilates?

Do you choose yoga…

I recently heard someone describe Yoga/Pilates fusion (or Yogalates as it is often called) as the coming together of natural soul mates. I couldn’t agree more.

But there are still many people out there who think that bringing Pilates principles into their Yoga is somehow tainting or contaminating.

There is nothing wrong with being purist in our thinking, but it’s also important to maintain an open mind.

When we close our minds, we close our options. This means we potentially miss out on a lot of things that are actually good for us.

Yoga and Pilates have much in common.

They both promote flexibility, strength, balance, and attention to detail and alignment. For those of you who are used to bringing the bandhas or the Anusara spirals and loops into your practice, the Pilates concept of using the “powerhouse” will ring true.

My personal experience is that Pilates gives me more strength than I ever got from my Yoga. But it doesn’t offer anywhere near the flexibility and increased range of motion that Yoga does.

My strength comes from having learned which muscles I need to use and which ones I need to turn off so that I am working from a base of stability and support. The resulting ease is due to intelligent and mindful awareness of working with a neutral spine, strong core muscles and stability through my back and shoulders.

Having said that, I also recognize that many styles of Yoga (I’m thinking Iyengar and Anusara in particular) have a strong focus on alignment and don’t need Pilates to tell them what they already now.

I am not saying that Pilates is better than Yoga.

Personally, I’ll take Yoga any day. Yoga does something for me mentally and emotionally that Pilates doesn’t come close to. Having said that, I have sometimes got that familiar Yoga “after glow” feeling from some Pilates classes.

But what I am saying is that Yoga and Pilates complement each other like a perfectly fitting glove. And being trained in both Yoga and Pilates, I’m finding it increasingly hard to practise one without the other.

There are also times when it is very clear that Pilates is the better option, at least in the short term. Pregnancy is a classic example.

Many women experience pelvic instability problems due to the hormones of pregnancy and some Yoga asanas can aggravate the situation. Pilates offers greater pelvic stability during this time. But again I think wise integration of the two disciplines is the best approach.

I remember covering a Yoga class several years ago for a Satyananda yoga teacher. Her students thought that my class was “not Yoga” because the focus was too much on asana. And when she took a class for me the feedback from my students was that they “didn’t do anything”. So each to their own.

If you do try Pilates and don’t like it, try another type. I have been to classes where there has been a big focus on spinal flexion (forward bending) and have found that classes offering more variety of movement were better for my particular anatomy.

Horses for courses. I think it is important that whatever floats your boat, Yoga or Pilates or a fusion of the two, make sure you find a teacher who is qualified in the disciplines.

But hey, I’m beginning to sense the spiritual elephant in the room as I finish writing this.

One criticism levelled at Pilates is the lack of spiritualism associated with it.

Pilates is “just exercise” whereas Yoga is a way of life. But to quote the words of Kara-Leah in her recent Yoga Lunchbox article,

What the hell does that [spiritual] mean anyway?

To me a spiritual person is an all around “good” person – good to themselves, the environment and to others, human and animal alike. I don’t for a New York minute think that one becomes spiritual from chanting three Oms and sitting on their Yoga mat for an hour a day. Yoga does not have the market cornered on spiritualism.

So, it doesn’t have to come down to an “us” and “them” mentality between Yoga and Pilates.

If Yoga isn’t for you, that’s fine. And if Pilates doesn’t do it for you, that’s also fine. But whatever you choose to do, do it with an open mind, a sense of curiosity and a non-judgmental attitude. Or in other words, put on your Yoga hat. 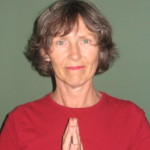 Jude Mahood is the owner of a small yoga studio in the suburbs of Dunedin, Suburban Yoga.

She has a keen interest in healthy living and has spent her entire career working in the health field, in one form or another.