You are here: Home / Yoga Articles / Deepening • The Yoga of Life / Living Your Yoga / This is What Happened When I Combined Yoga with the KonMari Method 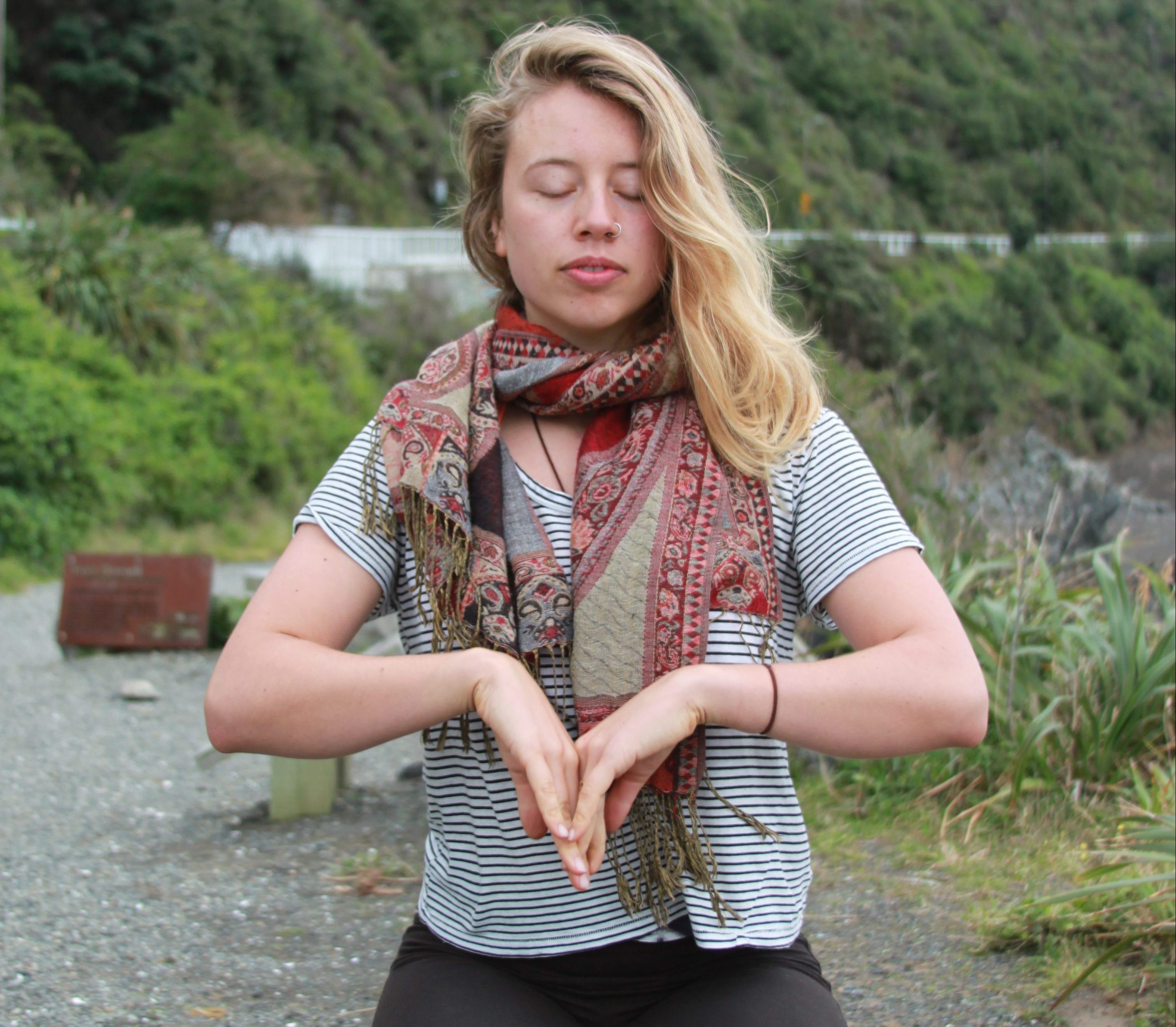 Like yoga, the KonMari Method is an embodied practice that asks us to honestly confront & engage with reality.

It was a small book that made a big promise.

I’ve grown to be suspicious of such books, particularly when they make prominent use of phrases like ‘life-changing’, but there was something about this one that I couldn’t shake off.

It was simple, it was sincere—very sincere, in fact—and it was practical too. Maybe, just maybe, I thought, this little book might be offering something true. Maybe, just maybe, tidying up might just turn out to be as life-changing as it promised that it would be.

Yup, I had stumbled across The Life Changing Magic of Tidying Up, the unexpected bestseller from Japanese cleaning consultant Marie Kondo. It advocates a simple, but rigorous, approach to tidying: identify the objects that bring you joy, discard anything that doesn’t, and find a home for everything you decide to keep.

I’ve long known that tidying up can be part of a yoga practice. Saucha, one of the Niyamas of yoga, is usually translated as purity or cleanliness, and it encourages yogis to clear out the ‘dirt’ (be it emotional, physical, or spiritual) and remove that which is unnecessary.

But, despite a committed yoga practice, I’ve never felt able to fully embody the practice of saucha in my own life. It’s always been a nice idea, but it’s never felt accessible. Or, perhaps, it’s always seemed too exhausting to maintain over a long period of time.

Saucha is a nice-to-have, I thought, but not an essential. Something that works for other people, but not for me.

And yet, when I came across the KonMari method, I experienced a spark of hope. Maybe this time, with this simple approach, cleanliness and purity would actually stick.

And so I started putting the KonMari Method into practice At first, I rushed. I was so excited about the prospect of a clean, calm home filled only with things that genuinely brought me joy, that I pushed myself through the KonMari process at a manic clip.

Instead of following Marie’s instructions to “Remain in the body” and “Look more closely at what is there,” I was caught up in just ‘getting it done’ mode.

I desperately wanted to reach the end goal, and I wasn’t so concerned with how I got there, or how much teeth-gritting I had to do to make it happen.

I was sorting through my sock drawer. I picked up a pair of socks that I didn’t particularly like but which I had held onto for years because there was nothing really wrong with them and I thought they might come in handy one day.

When I touched these socks I felt a deep knowing—not in my head but in my whole body—that these socks didn’t bring me joy. A kind of lightness opened up in me, and I knew that it was time, with joy and gratitude, to let these socks go.

I felt a spontaneous rush of thankfulness for these socks, for all the times they had protected and warmed my feet with their silent service and loyalty, and, following Marie’s instructions, I said a genuine “Thank you,” to the socks as I lowered them into a black rubbish bag.

It was at this moment that I finally understood the magic of the KonMari Method.

I discovered that, when practiced correctly, the KonMari Method is yoga: an embodied practice that asks us to engage with what is—not with how we think things should be or wish they were. Like yoga, the KonMari Method is essentially a technique for engaging with reality, for honestly confronting and embracing the world around us.

Like yoga, the KonMari Method is as much about the process as it is about the end result.

I don’t get on my yoga mat for home yoga practice every day because of an elusive end goal of enlightenment. I’m there, every damn day, because the practice itself is its own reward and because it enriches my life, as it is, right now. I never know exactly where my daily yoga practice will lead me, but I trust that when I’m on the mat, and in touch with the innate wisdom of my body, that I will touch the places in myself—be they physical, emotional, mental or spiritual—that need to be touched.

Although I craved the end result that the KonMari Method promised, it was the process itself that I needed the most. The process of engaging—consciously and without filters—with the belongings that populate my life was transformative.

I found that when I took responsibility for every single thing that I own, and when I honestly confronted my possessions, I felt a tremendous sense of freedom and agency. In this way, I was able to gladly bid farewell to about a third of my belongings, and I joyfully welcomed and claimed the items that truly made me happy.

Now, many yogis dismiss materialism, #experiencesnotthings, but the fact is that we are surrounded by ‘things’, and we have to live with them, no matter how advanced our spiritual beliefs may be.

‘Things’ matter. ‘Stuff’ and ‘matter’ influences our lives, whether we acknowledge it or not, and engaging mindfully with the reality of the world around us can, in fact, be the gateway to a more ‘spiritual’ (read: engaged, awake, aware and mindful) life.

Several months have passed now since my initial KonMari blitz, and a remarkable thing has happened. For the first time in my life, my drawers have remained neat and tidy for more than a day, a week or month… In fact, my drawers are in an (almost) perpetual state of saucha. The KonMari Method, it would seem, has indeed worked it’s promised magic.

Of course, it’s not really magic. It’s the application of conscious and mindful attention.

I’ve developed a ritual, at the end of each day, of folding my clothes and returning them to their own particular place. The same thing has happened with my other belongings. Everything is wanted, everything is loved, and everything has a place where it belongs. If I consistently put things back where they belong after using them, then there’s never any real need to tidy.

That’s right, tidying, for me, is now a largely unnecessary household task. My home is fundamentally tidy because everything has a place where it belongs.

The result? There’s a sense of space, peace and joy in my home that wasn’t there before. The energy of the space and the objects in it has altered in some essential way.

Tidy home, tidy mind. Is it true? I think that, fundamentally, The Life Changing Magic of Tidying Up is not actually about tidiness. It is, very simply, the practical application of mindfulness to your daily life.