You are here: Home / ARCHIVE / Kirtan / Why kirtan is one of the most powerful yoga practices you’ll ever do 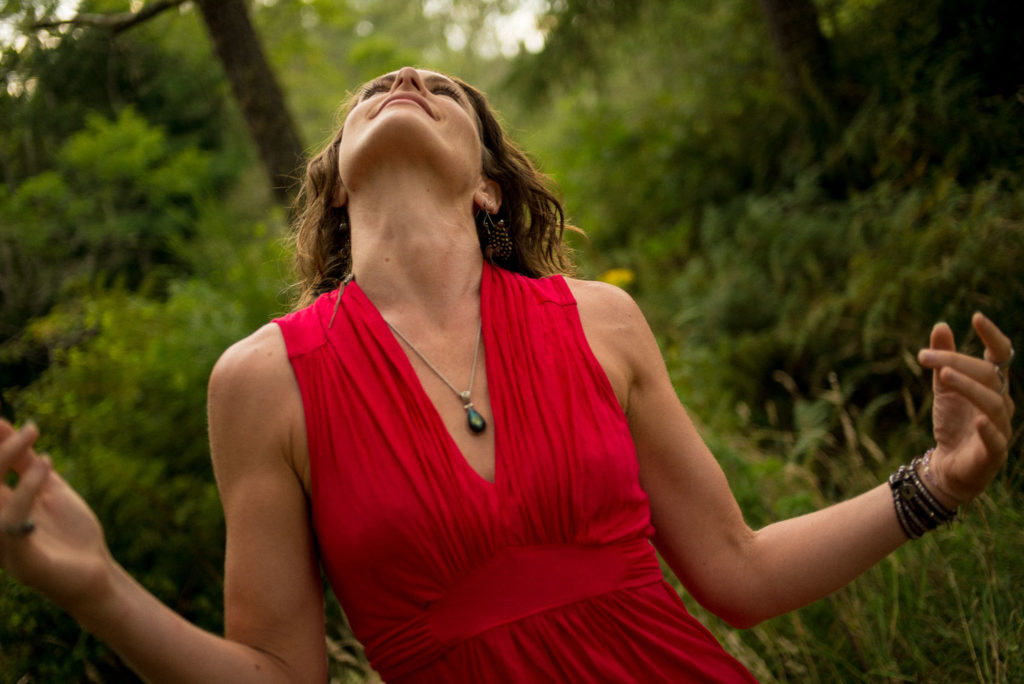 I want to let you in on a secret.

Ok, it’s not really a secret, because I’m telling you right? But until I actually experienced this for myself I had absolutely no idea of how powerful this particular yoga practice is.

It is the most powerful practice I have done.

While doing this practice, 2 hours folds in on itself and disappears.

The heart opens up and expands.

There is joy, liberation, the most potent natural high I’ve ever felt, and a general sense of peace pervading every pore.

It’s the practice of Kirtan, as led by Wellington Satyananda yoga teacher Tyag.

Kirtan – chanting in a call and response format along to instruments – is part of Bhakti Yoga, or the Yoga of Devotion. It is the yogic path of the heart.

Now maybe it’s just me that feels all this after practicing kirtan… but since Tyag started doing his monthly kirtan sessions, more and more people from all walks of life have been turning up.

For many people, the idea of getting together with a bunch of strangers and saying strange sounding words over and over may sound a little… well, mad. But how can you have an idea about what something is unless you have actually experienced it? All you have is an ‘idea’, or a ‘pre-conception’. This is just  the mind churning smoke… to experience Kirtan and know therefore what it is about, one has to simply do it. You don’t even have to chant, all you need to do is sit in the room and let the sounds wash over you.

Tyag’s got it nailed when he says:

Mantra is one of the most accessible forms of meditation the Yoga tradition has to offer. Acting like a bypass switch, it easily enables the mind to be drawn inward in a fun and joyous way.  It also creates energy within which moves blocks in the energy and emotional/mental bodies, enabling healing and bliss to flow freely.  Sounds sappy?  Dive in to the experience and experience this for yourself.  I always get a very deep feeling of santosha (contentment) after this practice!

After all, using sound to affect humans has been around in many cultures for millenia. It’s one of the oldest forms of healing –  Maori once used chants and instruments to heal specific health conditions, like congestion of the chest. The Greek philospher Pythagoras, best known to school children as the inventor of Pythagoras thereom, was one of the earliest investigators into the physical, emotional and spiritual effects of sound. He figured out that sound helps us to return our body’s vibration to that of the natural world, thereby finding harmony within.

Because when you get right down to it, our bodies aren’t as solid as we might imagine.

In The Silent Pulse (1978), George Leonard describes our body in terms of space, not matter:

We can see the fully crystalline structure of muscle fiber, waving like wheat in the wind, pulsing many trillions of time a second… As we move closer to the nucleus, it begins to dissolve. It too is nothing more than an oscillating field that upon our approach dissolves into pure rhythm… Of what is the body made? It is made of emptiness and rhythm. At the heart of the world, there is no solidarity, there is only dance.

Mantra hit the West in a big way in the late ’60s and early ’70s thanks to the work of the Beatles – yes, the Beatles.

George Harrison in particular hooked up with the Hare Krishnas and recorded some songs using mantra, including The Hare Krishna Mantra. There is a fascinating interview with him in the book Chant and Be Happy.

I  once chanted the Hare Krishna mantra all the way from France to Portugal nonstop. It gets you feeling a bit invincible. The funny thing was that I didn’t even know where I was going. I mean, I had bought a map, and I knew basically where I am aiming, but I couldn’t speak French, Portugese or Spanish. But none of that seemed to matter. You know, once you get chanting, then things start to happen transcendentally. – George Harrison

The power of chanting shifts both the body and the mind. As you practice, you’ll experience a clearing of your consciousness, peace of mind, and relief from unwanted drives and habits. Eventually, it’s possible to use chanting to perceive the original, spiritual existence of the self. We can discern this by looking at the word ‘mantra. ‘Man’ means mind, and ‘tra’ means to deliver. So mantra quite literally delivers us from our mind.

And maybe that’s why I find the practice of Bhakti Yoga oh so sweet. Even in the practice of asana and pranayama, my mind can still be churning out the thoughts. But somehow focusing on chanting, while listening to music makes it oh so easy to let go of the mind and experience pure consciousness.

So that is my big secret.

If you’re looking for the most powerful yoga practice you can ever do, and the most uplifting natural high ever – it’s Kirtan, or Bhakti Yoga.