You are here: Home / Yoga Articles / Teaching • The Business of Yoga / Teaching Insights / Note to a Younger Self: Systemic Abuse & Individual Response in Yoga 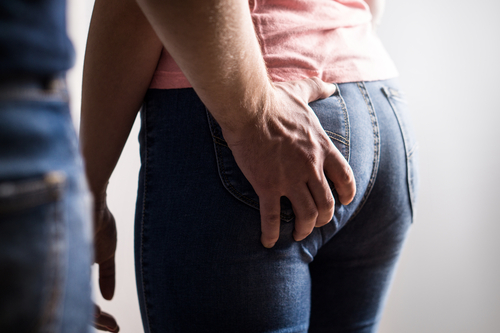 On December 16, 2017, the Australian Royal Commission into Institutional Responses to Child Sexual Abuse delivered a landmark report; the conclusion of an extraordinary five year investigation into systemic and decades long abuse within the Catholic Church.

The upshot of this broad sweeping report is the conclusion that the Catholic Church can no longer continue to operate within the protective insularity of it’s own institution and may soon be forced through new government initiatives to report pedophiles within it’s ranks or risk criminal prosecution. The extraordinary breadth of this report coming as it does on the heels of a similar report by the Royal Commission into the Satyananda Yoga Ashram at Mangrove Mountain, reveals the similarities between how Yoga organizations, ashrams and methodologies have historically created separate realities for themselves and their followers that serve to perpetuate the very structures that allow abuse to flourish.

In the three decades that I’ve been involved on boards and in writing about ethics for Yoga teachers, I’ve seen how egregious perpetrators are protected, indeed elevated to celebrity status and their victims encouraged to “not be judgmental”, “to forgive” and even to appreciate “all the good” of their abuser.

Which is why I experienced my own personal fomentation of frustration when reading the post by Genny Wilkinson Priest in Healthista, December 18, 2017, where she elucidates the story of Katie* who travelled to South India in 2001 for a two month retreat with a senior Ashtanga yoga teacher. Among other things, her teacher “grabbed and squeezed Katie’s breasts,” tried to persuade her to ‘finish’ her practice in his bedroom down the hall, culminating in the nauseating action of placing his thumb between her legs and rubbing her clitoris in circular motions while in a posture with her legs spread eagled.

While I can understand that these events occurred sixteen years ago, and are likely recalled by a much more mature person looking back at her younger self, I was enraged by the closing line of the article:

Let me be clear. This is not a criticism of Katie. It’s likely that her case has passed any statutory limit and she is seeking some way to find psychological closure. My criticism is aimed at a yoga culture in which illegal crimes are made paltry and trivialized to keep them in the realm of the personal and to discourage any concrete action that might protect others from future suffering.

Like many women who have made #metoo statements, I know that my younger self may not have known what to do in response to a teacher’s sexual assault or lascivious comment.

That’s why as a yoga elder approaching her sixties, I’d like to suggest that the time has long since passed for women to report these abuses to agencies that can do something about them: the police. And no matter how cynical you may feel about the police or the governing laws of your respective country, I’m betting that those laws have a great deal more teeth, consequence and power to reduce future harm and suffering than the current pathetic open-to-interpretation Codes of Conduct (or more aptly Misconduct) and our practically non-existent regulatory agencies.

And because these instances of sexual harassment, molestation, assault and rape are often deliberately aimed upon the youngest, least experienced, and most vulnerable members of our community, I’d like to suggest that women in our community “rehearse” their response so that come the day someone dares to rake his hands over your breasts while you are in a Yoga posture, you will know what to do.

If I could go back and give advice to my younger self, here is what I would advise her to do:

Step One: Do not disbelieve your visceral gut reaction to inappropriate touch, gaze, or lascivious innuendo.

When a predator has violated you, your body knows. Don’t second-guess yourself.

Step Two: Immediately stop what you are doing and leave the class.

If you feel strong enough, make a statement to the teacher in a voice loud enough that everyone can hear such as:

“Mr. B, you just raked your hands all over my breasts while I was in that yoga posture. This is sexual molestation and I will not tolerate it.”

If you feel too intimidated, shocked or fearful to speak to the teacher, just leave. If you have a friend in the class, immediately tell them what happened to you and ask for his or her support in leaving the class with you. These will be important actions in corroborating your story. You may wish to call a member of your family and tell them what has just happened. If you believe that what happened amounted to sexual molestation, move onto step three. Be on the alert for context confusion. Your indoctrination into allowing your body to be touched while practicing yoga may have conditioned you to believe that this “might be a yoga adjustment”. It’s not.

“If this were to happen at my doctor’s office, would I perceive this as sexual abuse?”

I could lay money on your answer.

Step Three: If you are at a Yoga studio, immediately make a complaint to the director or to whoever is at the registration desk stating your intention to now make a formal complaint.

Follow this up later with a letter, delivered registered mail, so there can be no question that the studio was made aware of this incident. Letting a director at that studio know of the incident is important because it also creates a record corroborating the incident.

But don’t stop there, because historically this is where the trail ends.

Even if this is a very reputable center, yoga directors are not police investigators. They are not qualified to make an investigation, and are unlikely to have protocols in place for dealing to abuse. If the incident happened in your place of residence or home country, go to the nearest police station and file a formal complaint. Many countries have officers trained specifically in handling sexual assault cases. Unfortunately, making a report only to the studio may insure that your complaint is simply covered up, or worse, you may be persuaded “to let this one go” or that the director will speak with the instructor.

Alert: what you do or don’t do now may ensure that this abuser continues to harm other women. Unfortunately, like the Catholic Church, many yoga organizations are heavily invested in protecting their teachers, especially those in the upper ranks. If this is a reputable yoga studio you will be doing the center a favor by making a formal complaint, paving the way for that center to suspend or dismiss the instructor from their employment. Additionally, you’ll be helping to provide evidence for any appropriate agency, if the teacher is for instance registered with the Yoga Alliance or Yoga Australia or with another recognized agency. This gives our existing regulatory agencies some power to deregister that teacher.

Step Four: If you are offshore attending a retreat in a country such as India, you may be best off going to the nearest consulate of your home country.

An embassy official may be able to make a complaint on your behalf and is likely to be perceived very differently than an independent person, especially in countries such as India. If you’ve been raped, you may need to go to a hospital to be examined, and to take swabs to secure DNA samples. If you have returned home, it’s not too late. A report to your resident police station may be referred to Interpol.

Unfortunately, this support is likely to be outside of the yoga method, community or organization in which the abuse occurred. The year after a yoga teacher physically assaulted me I fell into a deep and paralyzing depression. It was only after a mature female minister at my Unitarian Church listened to my story and said the phrase “this is abuse” that I began to wake up. Seek out the support of a mature, clear thinking elder whom you know is not involved or invested in perpetuating the status quo.

I wish that I could go back in time and change my response to that physical assault.

I could have saved myself thousands of dollars in therapy bills and years of suffering through making poor choices in my relationships based on the cumulative conclusion of my meagre self-worth. But none of us can go back, we can only move forward and what we do now creates our future.

*Not her real name.

Join Donna Farhi and other yoga experts at the Hauora Yoga Conference, a three-day educational event where the professional yoga community in Aotearoa New Zealand connect, discuss, learn, innovate and practice together. Educate yourself, practice yoga and be part of national discussions with our selection of Clinics, Masterclasses, Workshops, Discussion Panels, Keynote Speakers and more!

Use the discount code yogalunchbox when you book to get $200 off your ticket price!

This deal is ONLY applicable to the 3-day pass.

Donna Farhi is a Yoga teacher who has been practicing for 40 years and teaching since 1982. She is one of the most sought after guest teachers in the world, leading intensives and teacher training programs internationally. Her approach to Yoga is informed by the refinement of natural and universal movement principles that underlie safe and sustainable Yoga practice. This concentration on fundamental principles allows students of all levels of experience and from all traditions to build their own authentic Yoga practice. Considered the “teacher of teachers” students return to Donna’s intensives year after year to be a part of the inspiring evolution of Donna’s own practice and teaching.

Donna is the author of four contemporary classics: The Breathing Book, Yoga Mind, Body & Spirit: A Return to Wholeness and Bringing Yoga to Life: The Everyday Practice of Enlightened Living. Her fourth book Teaching Yoga: Exploring the Teacher-Student Relationship is a curricular text for teaching trainings worldwide. After nearly four decades of practice Donna believes that Yoga is about learning to befriend our self and to be in friendship with others as a means to building greater fellowship with all of humanity. Her fifth book, co-authored with Leila Stuart, Pathways to a Centered Body: Gentle Yoga Therapy for Core Stability, Healing Back Pain and Moving with Ease, was released in May 2017. American born, Donna now resides in Christchurch, New Zealand on a 30-acre farm with her partner and her horses Santosha and Pavana.