You are here: Home / Yoga Articles / Deepening • The Yoga of Life / Yoga in the Media / No More Dancers Doing Yoga on Youtube

It’s one way of helping to smash the image and idea that you need to be thin, flexible, young and female to practice yoga – or that yoga has to involve advanced postures.

Unfortunately, much of what we see in the media reflects this idea about yoga – something J.Brown discusses in this article, kindly re-published from his website.

Beautiful video but a disservice to yoga?

Whenever I watch the latest viral video of a scantily clad babe doing acrobatic yoga in her living room, something in me laments.

I realize that these videos serve as inspiration to others and I appreciate the beauty, skill and sense of personal empowerment they represent. But I can’t escape the feeling that these displays are better left to the performing arts than to a yoga mat.

To be clear, some of these clips are undeniably cool.

I’m a sucker for good indie rock and, from a creative standpoint, the execution is certainly impressive. My problem is that, regardless of intent, these performances are playing right into prevalent and misconceived notions about yoga.

In the same way that the use of abstracted and idealized body imagery in advertising has a diminishing effect on people’s self-esteem, so do these flashy presentations obfuscate the purpose of yoga practice and intimidate the uninitiated.

I remember when it first occurred to me that the display of challenging yoga positions as a means to inspire others is problematic.

I had been asked to do a demonstration in class. After completing my handstand press in the middle of the room, my fellow students applauded and the teacher said:

“Now that is what we are working towards.”

In the moment, I felt pretty good about myself. I was the only person in the room who could do that handstand press. But on the way home from that class, I was wrought with dismay. At the time, I had all kinds of chronic pain in my body and was horribly disillusioned with life. I thought to myself:

“If this is what we are working towards then we are really in trouble.”

Nowadays, my focus is almost entirely on the foundational and subtle aspects of yoga practice that were missing back then.

Friends are often referred to me with reassurances not to worry, that this yoga class will be different. Still, new students readily come in with a mix of apprehension and fear. Almost always, they’ve been to one or two yoga classes before that were utterly traumatising or they’ve never been to a yoga class before but they’ve seen some scary videos on youtube.

Even when teachers give lip service to the idea that yoga practice is not about achieving poses, the schedule still says “beginner, intermediate, advanced” or “level I-II-III-IV” and the difference between one and the other is what you can or cannot do physically.

Recently, a gentleman came in for his first yoga class ever and, out of curiosity, I asked:

“When I say the words ‘advanced yoga’ to you, what is the first thing that comes to mind?”

“Something I’ll never be able to do.”

For someone like myself, who defines “advanced yoga” as feeling healthy and enjoying life, the preconceived notion that advanced yoga means an exaggerated sense of physical prowess is profoundly disheartening.

Of course, it’s possible to utilize yoga poses for all sorts of purposes. What is important to note is that just because people are doing the same yoga poses doesn’t mean they are practicing the same thing.

Articulating the differences is where it gets tricky.

The best way I’ve ever heard it put was from a friend who had practiced with me for some time before he, with my encouragement, went on to explore other styles and approaches.

About two years later, he returned and we had a conversation. I asked him to tell me, in his own words, about the differences he observed. He said:

I maintain that yoga is an intimate and personal affair, meant to appeal to the most caring and nurturing aspects of ourselves and not the least bit concerned with external displays.

What makes yoga practice powerful is not its ability to inspire dance choreography but rather its ability to help people work through life’s difficulties and find a way to be well.

Good news is that, while it may not always be as easy to find or as enticing, if you search around for long enough then you can find a video about that on youtube too.

The No-More-Excuses Guide to Yoga is specifically written to break down these pre-conceptions that many people have about yoga and help people make it to their first yoga class. Pre-orders are now open and you can find out more about the book here. 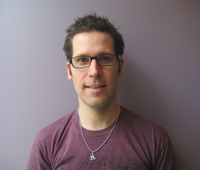 J. Brown is a yoga teacher, writer and founder of Abhyasa Yoga Center in Brooklyn, NY.

His writing has been featured in Yoga Therapy Today, the International Journal of Yoga Therapy, and across the yoga blogosphere.

Leave a Reply to A Cancel reply