You are here: Home / Yoga Articles / Starting • The Foundations of Yoga / Going to Class / My Worst Yoga Class Ever 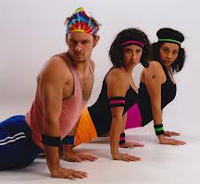 I have been doing Hot Yoga for six years. I have been nomadic in my practice and have tried many different studios and instructors. Some classes have been great, and some instructors have been amazing.

I have left classes feeling tranquil, and have even carried on the rest of my day in an ineffable euphoric state.

But even if I do not achieve an inner peace while there, at the very least I’ll know I have got a good workout in and had a chance to detoxify.

However, last night this was not the case.

Yoga, is a Sanskrit word meaning ‘Union’. The purpose of yoga is to create a harmony between the mind, body and soul.

By opening the chakras, relaxing the muscles and regulating your internal systems you are creating the optimum state of being for meditation. Many experienced Yogis will fall into a deep meditative state while in a yoga posture.

And though at this point it is not common place in my practice to fall into this state, I know that if the proper atmosphere is created within the studio, and if I am open, then the union I seek can be reached.

Therefore, the duty of the instructor to present their class with such an environment can not be understated.

This was the proclamation my new hot yoga teacher gave as I started my first day of a 2 month unlimited pass.

After reading my name she asked me if I was from Grenada. I told her that my name was Iranian, and she replied by affirming that she;

Knew it was from that part of the world.

That should have set off the alarm bells.

Grenada, the nutmeg capital of the world, is in the Caribbean. Iran is in the Middle East between Iraq and Afghanistan. They are not in the same part of the world; they are on opposite ends of it.

Hundreds of millions of years ago when all the major continents were connected, they were still on opposite sides of the world. What on Earth was she talking about?

I know one other person who makes this mistake of confusing people’s countries of origin with their imagination of where they would like someone to be from, and rather than consulting a readily available map on the internet, assume they know the geography of the planet.

I don’t usually like to paint with this wide a brush, but these types of small errors are indicative of larger character flaws that a person has; a large ego being right at the top of that list.

As always I arrived in class early. I opened my mat in the studio, did some hip and lower body stretches and laid down in savasana, otherwise known as corpse pose, where you lay flat on your back with your palms facing the ceiling. The instructor entered to start the class. She immediately took my feet from an open wide position and placed them close together.

There are some unwritten rules in Yoga.

Usually, unless indicated otherwise, the instructor feels the freedom to touch and assist her students in postures. I embrace this. That being said this particular instructor did not adjust my feet carefully, but rather correctively.

Another small signed I ignored.

But it became painfully obvious as to what type of hot yoga class this was going to be within minutes.

The instructor’s transitions between postures were somewhat sloppy – not because she did not understand the flows, but because she decided to spend a fair percentage of the class calling out people by name, myself included, and making a mockery of their practice by indicating how their various postures were not up to her level of satisfaction.

She even made a woman lie down on her mat while in the standing series because she disapproved of her breaking early from the pose.

Again this was not done with care, this was done mean-spiritedly.

How do I know?

Between in one of my postures when I went to take a sip of water, she scolded me and said that I was not allowed to drink yet and then amused herself by declaring:

That’s the good thing about being mean.

Thankfully my dignity and sense of self worth did not stop me from taking the sip of water I desired.

In every yoga class I’ve ever been in, the instructor has made it clear that we can take rest and water if and when we need. They would also helpfully suggest when it would not be advisable to drink as it would affect our ability to do the next pose.

And why is this way the correct way, and the dictatorship wrong?

Because yoga is my practice. I am there for my well being, and to serve my attempt to reach a meditative state through a healthy body.

I am not there to serve the instructor’s ego.

If I wanted a Drill Sergeant I would join a cross fit class or hire a personal trainer.

I come to yoga for sanctuary.

I kept a smile on my face throughout the practice despite the fact that a raging fire was burning within me. The instructor continued to command me like her dog when she told me I had three seconds to get into savasana once we were done the standing series.

Once class was over, I was the last person in class, remaining in corpse pose for a few minutes, the instructor barged in with all the might of her Napoleon complex, and told me that she needed me out of there as the next class was coming in.

Once again, demanding, and once more destroying the sanctuary that I come to Yoga for.

It took a lot for me not to give this lady a piece of my mind. I would hate to imagine her instructing a class where someone arrived in that special place, that blissful place of connectedness between them and the universe, and then having it ripped away because it’s her classroom and she won’t be putting up with nothin’ from no one.

I will not do her class again.

If I do, the egocentric part of me is hoping that I have the intestinal fortitude to stand up to her false authority.

But the opposite part of me knows that there are actions which will evolve me, and getting into a confrontation with a petty tyrant is not one of them.

So maybe I should be hoping that I have the inner wherewithal to follow my yoga to a place of humility and compassion.

To quiet the ego, the part of us that has no place in our practice and where this instructor and others like her have clearly lost the plot. 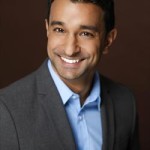 Zahir Gilani is an artist and performer living on Toronto, Canada.

He and his entire family embrace a holistic lifestyle.

You can visit Art of a Happy Life and Miracle Juice to find out more about his families activities.