You are here: Home / Yoga Articles / Deepening • The Yoga of Life / Living Your Yoga / How yoga helps unleash the power of truth in your life 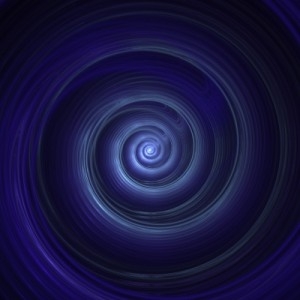 Into the Darkness by Vitor

It is so common to lie in our day-to-day lives that most of us don’t even know we’re doing it.

It is so acceptable to withhold truth in order to gain advantage that it’s considered good business practice or smart politics.

Truth is simply, as Al Gore put it – inconvenient.

It is true that we can not sustain the lifestyle most of us are currently living on this Earth and either something has to change very soon or humans will cease to exist.

It is true that most politicians and governments put their own interests, and the interest of those they serve, in front of the interests of people as a whole.

It is true that most businesses pursue profits at all costs – including the cost to staff, the environment and society.

It is true that the way most of our food is grown, harvested and produced is killing not just us, but also the planet.

It is true that many of the “primitive” cultures that were invaded, destroyed and wiped out by mostly Eurocentric explorers and invaders were living in a far more harmonious relationship with each other and the environment than we are now.

It is true that much of humanity’s history has been marked by a lust for power, a greed for wealth, and an arrogance born of superiority over all perceived to be weaker.

It is true that most of what we see on our planet right now today is a result of fear-based consciousness.

But just as these things are true, so too are the following things true.

It is true that most people just want to be free to pursue happiness in such a way that supports their families and allows them to enjoy life.

It is true that most people care about other people and will be kind, caring and giving when given half a chance.

It is true that all around the globe there are millions of people giving their lives to make other people’s lives better.

It is true that the world is on a fast path to change, and that each of has a choice as to what role we will play in this change.

It is true that how we live our individual lives makes a difference to the whole.

It is true that the stronger our light can shine, the more light there is in the world, and the stronger the light is of other people.

When we dedicate our lives to yoga, we are saying that we care about finding out the Truth.

We care about finding out for ourselves what really matters, and what this world is really about.

Practicing yoga peels away the layers of ego-identity that shore up our false selves – the masks we wear because we think we need to protect ourselves from the world and from others.

For what is there to be afraid of, but fear itself?

We are but dust particles floating in the late afternoon sun. Each an expression of life, each here to live a life in a particular way. Each here to express love.

Be afraid and you deny the power of life that lives within you.

Be afraid and you deny your connection to All that Is.

Be afraid and you say that you trust not.

When we get on our yoga mats and we allow ourselves to feel the fear and have the courage to move through it – like the dedicated yoga student who’s been coming week in and week out for more than a year and yesterday for the first time was able to bring her hands to her feet in camel – we open to the light that shines brightly inside of us.

The same light that shone inside Jesus.

The same light that shone inside Buddha.

The same light that shines inside each and every single human being who lives on this planet. A light that is only ever obscured by one thing and one thing only – fear.

But when you embrace the truth of your life, the truth of our lives, fear melts away in the face of the courage required to face it.

Having the courage to say what is true at all times regardless of the consequences is a rebellious, subversive, powerful place to live from.

It’s where Rosa Parks came from.

But practice yoga for long enough and you can’t help but be truthful, because to be anything else is not to be practicing yoga.

So what is your truth?

What is the life that you are called to live?

Where is your light?

Is it shining brightly?

Truth, or Satya, is the second yama. When we practice yoga, we’re also making a commitment to practice truth. Find out more here.