You are here: Home / Yoga Articles / Awakening • Creating a More Beautiful World / Musings from the Mat / How to bring a dragonfly back to life 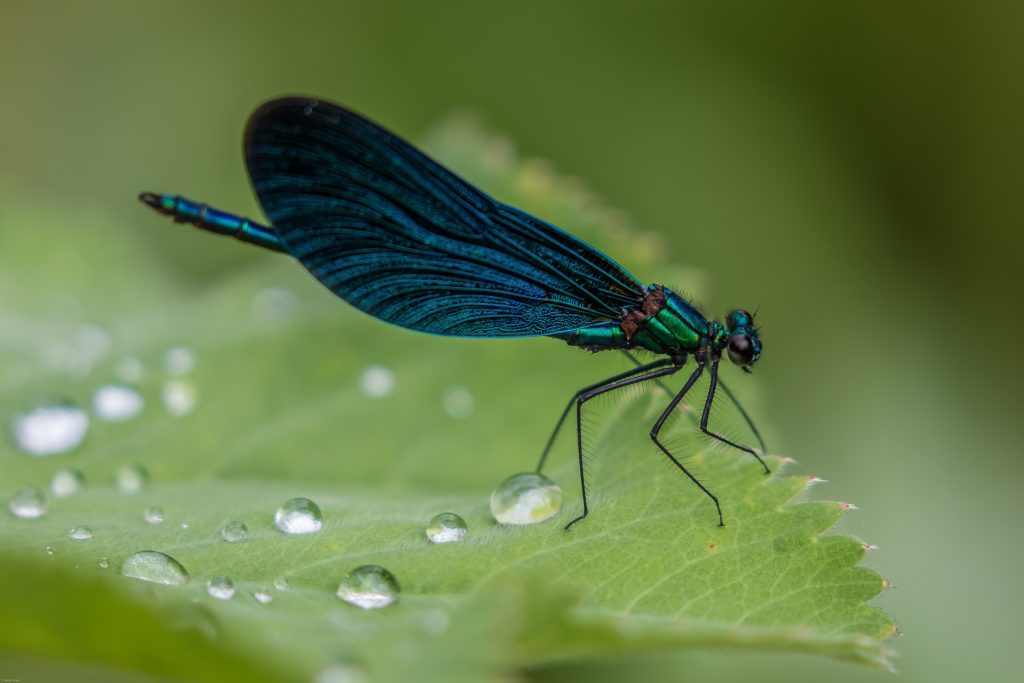 Image by D Mz from Pixabay

Yesterday Samuel and I went for our usual morning walk around the boardwalk. As I pushed his pram down the dusty trail beside the river I started and stopped.

Was that a dead dragonfly on the trail?

I doubled-back and carefully picked up a grey, wizened and dusty dragonfly and placed it on the palm of my left hand to show Samuel.

I was startled when the dragonfly moved one leg out into a more comfortable position and I realized it wasn’t dead – at least, not entirely.

We stopped still and gazed at the dragonfly. In stark contrast to the young dragonfly that had landed on my shoulder the morning I published the electronic version of Forty Days of Yoga, this dragonfly had no vibrant colours at all.

It was the washed out grey of dirty dishwater and it’s abdomen looked like the life had been sucked out of it.

And so it was, buzzing it’s two front wings. The back ones remained stubbornly still though. I could now feel the pin pricks of it’s tiny feet pressing into my palm.

Was this the death-flutter of a dragonfly?

For a moment it almost felt too intimate and too confronting to have a dragonfly die on my palm. But there was something magical about holding this insect and being able to see it up close.

It’s eyes were completely grey and covered in a fine film of dust, as was it’s thorax. As it buzzed it’s front wings, I blew on it gently to shift the dust.

A moment or two later, instead of dying, the dragonfly’s back wings joined the buzzing insistence of the front wings and it took flight, heading up and over the river.

I followed it’s flight path, pointing it out to Samuel as the dragonfly dipped and turned over the river and in front of the mountains, marvelling that something so close to death was able to resurrect itself. The dragonfly turned back and flew over the river towards us and settled on a dried-up blackberry bush a few feet down from us.

Moving with stealth, I inched Samuel closer so we could watch it.

It’s wizened-up grey abdomen was no longer – it was pulsing and thickening, and colour was coming back into it. Even more astounding was it’s eyes – they’d turned to sparkling emerald and glinted in the morning sun.

No longer the dead, dried-out, grey dragonfly I’d picked up from the dust, the dragonfly appeared to literally be coming back to life.

The pulse in the abdomen was the most pronounced symptom, but also the return of colour to it’s skin and eyes.

We sat there for five minutes or so, just watching and seeing, sharing a moment, before continuing on our way.

I felt like I’d witnessed a miracle and questions crowded my mind.

Had the dragonfly been close to death on the dusty path? What had given it new life? What had given it the strength to fly again? Why had the abdomen started pulsing and thickening up again, no longer grey and dried out? How had it’s eyes come back to colour?

Later, in conversation with a friend, I mentioned that I thought something had happened that allowed the dragonfly to breathe again. He told me that dragonflies don’t have lungs – that they breathe through openings in their abdomen.

Suddenly I could see a plausible explanation for the magic of the morning. The dragonfly had ended up in the dust which had blocked the air from getting into it’s body. It was dying. But when I lifted it up out of the dust and blew air on it, I must have cleared away enough dust that it could again breathe.

And with breath coming back into it’s system, everything began to fire up again. First it’s legs. Then it’s front wings. Then it’s back wings.

Plus, I moved the dragonfly out of the shade where it was cool. Turns out dragonflies can’t fly when their blood is too cold. Sitting it on my palm, I stepped into the sun, and with the warmth of the light, the dragonfly’s blood and wing muscles heated up enough so it could fly again.

Down in the dusty shady path, the dragonfly was deprived of oxygen, warmth and light and so couldn’t fly or move itself into the sun in order to save itself. It was dying.

My small action bought the dragonfly at least one more flight in the late summer sun.

It reminded me of the magic of small moments in life – of taking care and paying attention and stopping to see what is. That in any moment, our ability to respond to the need of another could be the difference between life and death. We never know how the smallest of our actions can have the largest of impacts.

All we need do is be present to the moment, and the gift of life it is always offering us.

It was such a gift to commune with a dragonfly – it is a wonderous creature.

But then this is a wonderous life.

ps. In a synchronistic mirroring of the day I launched the electronic version of my book and a dragonfly landed on me while I sat at my computer, this morning’s adventure happened on the day I sent my book off to the printer.

Symbolisms of the Dragonfly from Dragonfly-Site