You are here: Home / Yoga Articles / Deepening • The Yoga of Life / Living Your Yoga / How to Blast Through Avoidance & Clear Out Your Psychic Space 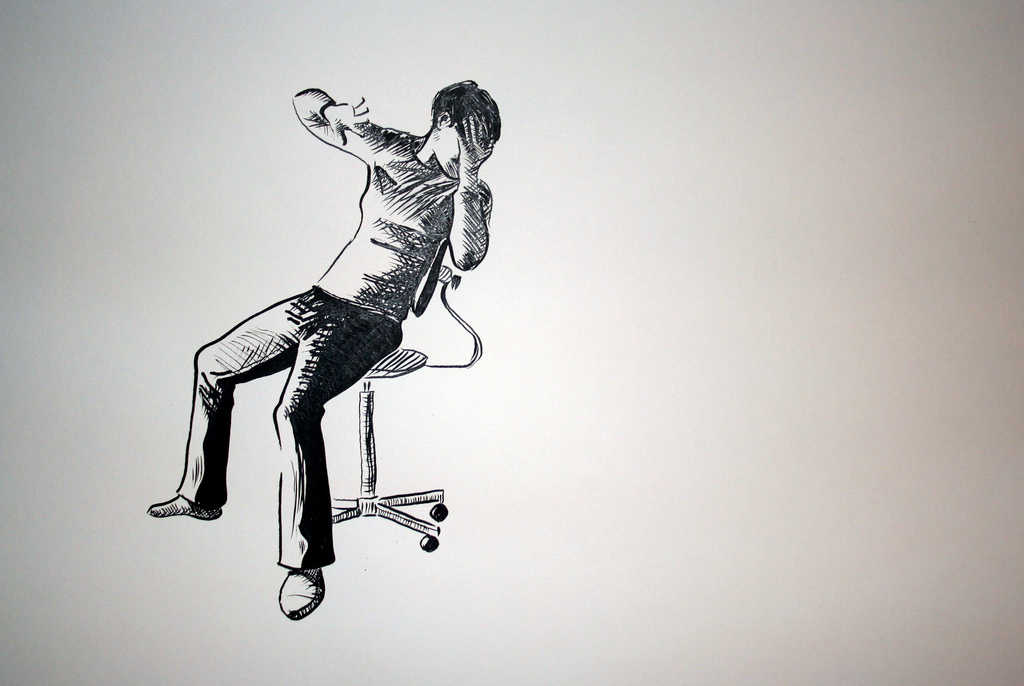 Avoidance. It backs shit up in our system and emits all kinds of toxicity – fearful feelings and sensations, and fearful thoughts.

It’s one of those subtle things that can completely derail our lives. Or at least, prevent us from growing and expanding. And the thing is, it’s oh so subtle most of the time. Like, not even there almost. Like, easy to ignore.

This week, I’ve avoided making a phone call to a venue to talk about pricing. I’ve avoided downloading and reading the notes from my editor on my book. And I’ve avoided calling someone on treating me bad.

These are just the avoidances I’m aware of too!

That phone call sat on my to-do list for a week, and there was always a reason why I couldn’t make the call. Today, I knew I had to make the call. And I watched myself get stuck into everything else first…

Because I was going to negotiate with the venue, and I was uncomfortable with asking for concessions.The thing is, that call was hovering in my consciousness for seven days, taking up psychic space, because I was attempting to push it away.

Now the call’s been made, my psychic space is freed up, and I’m in the clear again.

That’s the thing with avoidance – it backs shit up in our system. And while that shit is backed up in our system, it’s emitting all kinds of toxicity – fearful feelings and sensations, and fearful thoughts.

Then, because we haven’t done it yet, pressure often builds up and the consequences of NOT doing it become more and more dire. We’re basically creating a whole lot of crap for ourselves.

All because we’re avoiding Doing the Do.

This is human nature. And it’s OK. Don’t beat yourself up, instead, respond!

So how can we respond to Avoidance to minimise the amount of crap that we’re carrying and operate from a clear psychic space?

1. Notice when you’re avoiding something.

2. Acknowledge that you’re avoiding the Thing. That means name it out loud.

3. Inquire into why you’re avoiding the Thing.

Sometimes the Thing isn’t the right move for us, sometimes it’s not the right time, and sometimes, we’re just afraid of what the Thing asks from us.

4. Get clear on why you’re avoiding.

I’m afraid of this, this, or this. Or I’m uncomfortable about this, this or this.

6. Choose how to respond to the fear.

Maybe you just face into the fear and DO the Thing. That’s what I did with the phone call. I acknowledged, named, and DID the thing. Maybe you need to do more work around the Fear, getting to the root and releasing it. (Email me if you want a fear-releasing session.) Whatever it is though, make sure you choose how you’re going to respond to the fear.

Either you’re doing the Thing, despite the fear. Or you’re actively working on healing and releasing the fear. That’s it. Now you’re not avoiding anymore.

The first few times you go through this process it might take a bit of energy and time, but eventually, the process itself becomes embedded into your system and you can take yourself through it in three minutes.

Here’s the shorthand for Blasting Through Avoidance:

When you apply this to any situation of avoidance, you literally train yourself in Avoidance Strategy which makes you a NINJA of Avoidance Response.

As in, that shit can’t suck you down anymore.

You blast through things faster and faster.

Your psychic space is clearer and clearer.

And life is able to just flow through you, more and more.

Contrast that to the norm for some people, who can stay stuck in avoidance for years, literally weighed down because they’re avoiding facing into some reality in their life, like hating their job, or sacrificing themselves for (apparent) love, or being too scared to chase their dreams.

Want help or support with this? Email me about retreats or 1:1 sessions.