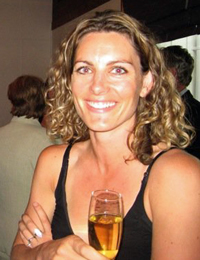 It was one of those behaviours or activities that started softly, softly, slipping in under the mat and under awareness.

A shared bottle of wine once a week.

A shared bottle of wine twice a week.

A bottle of vodka in the house – a cocktail before dinner four or five times a week, then a glass or two of wine.

Never more than two or three drinks in a night, never every night of the week. But still…

As time went by, this behaviour  began to tug at my consciousness. I noticed I was drinking more. That I seemed to want to drink more. That there were times when I didn’t feel like I could say no to a glass of wine at dinner.

Eventually, a desire arose to stop drinking, but my desire to continue was too strong and so I kept drinking.

Now I knew that I was indulging in alcohol not for pleasure’s sake but for avoidance sake. Something was at play, I was using substances again and it wasn’t pretty.

So one night, after another night of wine with dinner, I stopped.

And boy what a difference. I feel clearer. I’m more present. My asana practice has increased. I’m naturally waking up early again, and wanting to get out of bed. I feel healthier. I’m making better food choices.

My early morning yoga practice has naturally resumed – stoked to finally be practicing in the AM after years of home practice, it went by-the-by a couple of months ago. What luxury to again be up early enough to practice yoga!

But I’ve also had to face the issues around intimacy I was avoiding – the very reason I was reaching for that vodka cocktail at the end of a long day of work and child-raising. Or that glass of wine over dinner.

Yes, I may have only been having two or three alcoholic drinks, four or five times a week, but it was still avoidance. And that’s what counts.

So alcohol and the yogi – do the two mix?

There is no definitive answer to that question.

In my experience – and that’s all I ever speak from – increased yoga practice leads to increased awareness leads to better choices around drug and alcohol use. You start to really notice what drugs and alcohol is doing to your body and you don’t like it. You really don’t like it.

Once I used ecstasy, cocaine, mushrooms, marijuana and alcohol on a regular basis.  I’ve even given up caffeine. Now, I only use alcohol, and that was sporadic.

Until some time this year when it wasn’t sporadic anymore, when it became a habit, and then it became an avoidance technique – a way to relax.

Totally illusory though – relaxing via alcohol is only the appearance of relaxing.

Today, after a day of work and child-raising, when I would have been reaching for a vodka juice while cooking dinner, I did five sun salutations. I got my relaxation… and I also got increased awareness, strength and flexibility.

Of course, there’s a reason I was using more alcohol, even in moderate amounts. I was avoiding intimacy. I was avoiding looking at a few issues. (Issues! There’s always bloody issues!) Really, I was just avoiding the present moment.

So now, I’ve had to face that moment, and it hasn’t all been fun and games this last week. But it’s felt a lot better physically and mentally.

It was easy to cruise along, drinking and avoiding myself. After all, I enjoy alcohol – in small doses, mindfully – that was my thinking around it.

I mean, I’m just drinking in the Tantric way – full awareness of the moment. What’s two or three glasses in an evening?

Nothing. And everything. It all depends on why you’re drinking, and the effects it’s having on your body and mind. Naturally rajas or even sattva with all my yoga practice, alcohol was turning me totally tamastic. (Those are the three gunas, or states of mind, read up on them here.)

Sunday was the day. We’d had a potluck dinner the night before and I’d had a fruity vodka drink before dinner and two glasses of wine while eating. Nothing huge, nothing excessive, but it didn’t feel great. I didn’t sleep great. I woke up feeling – not great.

And that was it. Something in me switched. Enough. I’m done. Take a break.

Will I drink again? Probably. Drinking is not the issue. The issue is why I’m drinking.

Maybe, maybe not. I continue to practice yoga. My awareness continues to grow. Out of that expanded awareness, I see more and understand more. I make different choices. I evolve. My life evolves. There is no definitive answer, only a tendency towards a particular outcome.

Alcohol and the yogi – do they mix? It’s a nonsense question really. Yoga is not about rules, about right or wrong, about living this way or that, about fulfilling this role or that role. It’s about awareness. It’s about conscious choice. It’s about being present.

Cultivate awareness and you cultivate the clarity to know what’s right for you.

Because you know, you always know – no matter what your mind tries to tell you.

What’s your experience with alcohol and yoga? Does more practice make you drink less?