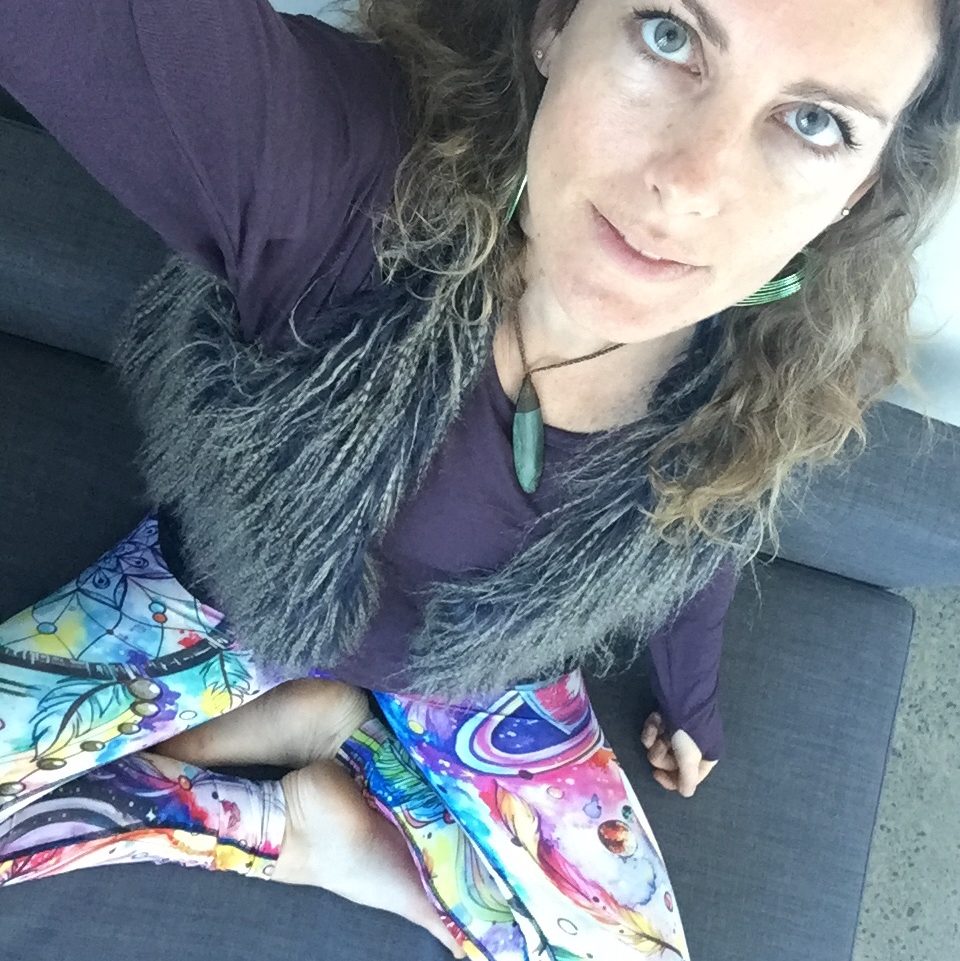 I was in the car, catching a ride to Day 3 of a three-day workshop with Ana Forrest & Jose Calarco.

Nikki – giving me a ride – and I were talking about mountains and the energy they embody.

I was sharing my recent experiences in Glenorchy, where I would sit outside at sunset and do my practice.

The one I… DIDN’T do yesterday.

In that moment, I remembered. And shock hit. A wave of shock radiating out from the centre of my being so stong that Nikki felt it before I even said a word.

“I missed my practice yesterday… I forgot!”

Of course, she didn’t know about my commitment to this particular Tantric practice.

“So does that mean you have to do it twice today?”

I laughed – or maybe I groaned.

And that’s what I did, that very day. Started again. Day 1. Started again, for the second time. The first time, I made it to Day 338, and forgot while on an Immersion with Shiva Rea.

Both times I forgot to do my practice, I was immersed in yoga with a powerful teacher.

This time, I came home after doing three 2.5 hour workshops with Ana and Jose over a 24 hour period (Friday night + two on Saturday) and I was shattered. Even more so because on Friday night I’d been so activated with Kundalini energy that I didn’t sleep until after 4am.

Saturday night, I could barely handle waiting for my fish burger to arrive, so ready for bed was I.

Sitting on the couch of my girlfriend’s Brunswick apartment, finishing my fish burger, a thought flickered into my mind.

‘I have to remember to practice. Put a reminder on my phone.’

But then I discounted the thought…

After that burger, I went and lay down on my bed at 7pm, and fell asleep. I slept until 8am the next day.

And I didn’t even remember about my practice – or lack of practice – until I was driving to that morning’s session.

It was an astonishing experience. Because when realised I’d dropped the ball, I noticed that I was instantly curious about how I was going to respond. What reactions would I have? How would I feel? What would come up?

My fascination with my reactions was stronger than any personal feelings about dropping the ball.

I sat in the car with Nikki and observed it all – body sensations, feelings and thoughts.

The physical shock was there – the response of the nervous system. Yet that was it.

No emotional reaction at all – beyond that of marvel or wonder.

And no thoughts about it either.

I searched deeper inside. Was I suppressing something? Was I trying to pretend it was all cool and I didn’t care? Was I faking some kind of spiritual identity bullshit?

My predominant response was that of wonder. Curiousity. And dare I say… excitement. Because I felt like I was beginning to grasp what it means to be a Master. It’s all about quality of focus and attention. About being able to keep one’s eye on the ball for 1000 Days in a row no matter what.

I long ago mastered all the resistance to yoga practice that the Mind can throw up, through my constant process of Forty Day Practices.

Now, what I’m mastering is attention and focus – the ability to keep something at the forefront of one’s attention for 1000 Days in a row.

And, along the way, I’m letting go of attachment to results. There was no sense of disappointment, or failure inside me. Instead there was a realisation that the results of the practice are not about attaining a particular number, but about the internal changes that occur as a result of doing the practice.

That’s what I could feel more than anything else. How much I’m changing on the inside.

The last time I dropped the ball, it took me a week or so to pick it up again. I was reluctant, and pissed off, yet resolute and determined. I was going to beat this fucker and make it to 1000 Days.

There was an emotional response, and a thought response. The response of the neo-cortex and limbic brain.

This time – only a nervous system response. The response of the reptilian brain.

Does that mean I’ve mastered two out of three aspects of my brain? Does it mean that now, through my practice, I’ll master my reptilian brain?

This time, in the lunch break after morning session, I went out and did my practice under a tree. I got right back on the ball with out even a pause.

Now, there’s a sense that those 1000 Days in a row will happen when I’ve matured enough – when I’ve reached that place of attention and focus that means it just unfolds.

It might take me more than three attempts even. It could take me twenty years. I’m three years in now, two attempts down. Even if this next attempt goes all the way baby… that’s six years to complete the practice.

What else am I going to do with my time? My days? My practice?

I’m committed to mastering my mind. This practice is going to take me there. And one day, I’ll look back and say Holy Fuck – I DID it! Or maybe… it did me.

Reptilian mind – I’m coming for you.