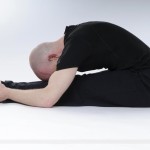 by Kara-Leah Grant Yin Yoga has been around for a couple of decades now. Actually, that's not quite true. Yin is not so much a style of yoga as a way of practicing yoga. It's likely that yoga has been practiced in a yin manner for thousands of years. But it's only come to prominence in the West in the last two decades, largely (but not only) due to the influence of Paul Grilley. Paul's passion for and spread of Yin Yoga comes from combining three main threads of inquiry - an in-depth study … END_OF_DOCUMENT_TOKEN_TO_BE_REPLACED