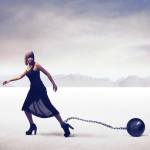 by Kara-Leah Grant I have been observing a pattern of mine in relationship for some fifteen years now. I first became aware of it in 2000, during a two and a half year relationship with a beautiful man that adored me. Despite becoming aware of it then, and seeing how destructive it was for our relationship, that same pattern deepened in my next relationship, from 2002 - 2004. That pattern of behaviour was part of the reason the end of this particular relationship tipped me over the edge into … END_OF_DOCUMENT_TOKEN_TO_BE_REPLACED