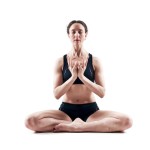 by Kara-Leah Grant I've known Melissa Billington since 2008 and been close friends with her since 2010. We've had -literally - hundreds of discussions about the nature of yoga, what it means to teach and what it means to practice. Melissa has also been a regular writer on The Yoga Lunchbox. She used to teach yoga on The Morning Show, back when it was filmed in Wellington. And a couple of years ago wrote, produced and acted in a one-woman show called PocaHAUNTus: Shapeshifting history into … END_OF_DOCUMENT_TOKEN_TO_BE_REPLACED