You are here: Home / Yoga Articles / Awakening • Creating a More Beautiful World / Musings from the Mat / Why the Government needs to make Bikram yoga compulsory 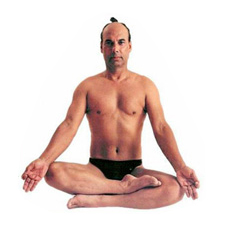 There is one simple action that the Government could take which would slash hospital waiting lists.

Plus it would seriously put a dent in the increasing number of us who are living with mental illness at some stage in our lives.

This one action would take commitment from us though.

We would have to invest 90 minutes 3 times a week into our physical, mental and emotional health. That’s 4 and a half hours.

For many of us, finding that four and a half hours in between children and work and friends and family would be near impossible.

But the magic of this time is that it positively affects the quality of sleep so that people who do that 4 and a half hours every week find they needs less sleep each night – effectively increasing the number of waking hours they have at their disposal.

Committing 4 and a half hours every week to something that means you feel refreshed after 6 hours sleep a night,

Something that arrests the aging process, rehabilitates old injuries and builds the immune system.

In a country as socially engineering as ours, it’s a miracle that this system of creating health and time hasn’t already become compulsory.  Perhaps that’s because politicians work such horrendous hours that they haven’t yet caught on to the miracle that is Bikram Yoga.

Yes – Bikram Yoga. A 90 minute practice of 26 poses performed in a room heated to 40 degrees.

This is what should be compulsory for each and every New Zealander over the age of 18. Maybe the age of 14 – if we could peel the teenagers away from their cellphones for long enough.

Bikram was a child yoga prodigy who went on to become an Olympic weightlifter – until a weight lifting accident crushed his knee and left him severely crippled.

European doctors said he would never walk again, but Bikram went back to Bishnu Gnosh’s school of yoga and after six months of intensive work was healed.

His personal experience with the healing power of yoga in the face of Western pessimism lead him to a United Nations sponsored three year research project at Tokyo University Hospital. He worked with doctors to prove that yoga regenerates tissues and cures chronic ailments, making a presentation at the International Medical Conference in 1972.

26 years on and Bikram Yoga is one of the most popular and successful styles of yoga in the Western world. In New Zealand, it attracts a significant following. The Wellington studio fits almost 60 people at capacity and is often full, despite there being at least 3 classes a day on offer.

So if it’s such a miracle, why aren’t we all doing it?

Could be because we’re lazy.

And Bikram is hard.

It’s likely the hardest physical exercise that you would ever do. It will challenge your body, your mind and your ego. For most people, it would be so far out of their comfort zone that they’d want to run screaming from the room. It would make them feel stiff, and weak, and awkward, and weak, and pathetic, and fat.

Thing is, most of us ARE either stiff, or weak, or awkward, or weak, or pathetic, or fat, or some combination of all those things.

But being confronted with who we truly are is just too much for most of us to handle. We’d rather pretend that it doesn’t matter that we’ve carrying a spare tire around our waist, or that we have to sit down to put on our socks, or that we wheeze walking up stairs. We pretend it’s a normal part of life, and a normal part of aging.

We don’t want to stare at ourselves in a mirror with 50 other sweaty people and confront the realities of our bodies and ourselves. Nope, we’d rather get sick and break down and overload the health system and reach for the happy pill and just accept that the dicky knee from the old rugby injury is with us for the rest of our lives.

Yet people do start Bikram, and even though they feel awful during class, they come back.

They come back because after completing a Bikram class they discover to their amazement that they feel incredible. Fantastic. Blissful even. And those joyful feelings outweigh the struggle and resistance they encountered during the class.

That feel-good factor lures them back week after week until they note that their lower back no longer aches when they dig the garden. They notice that they’re naturally reaching for healthy food simply because that’s what they feel like eating. And they notice that they have more energy, need less sleep, and feel happier over all.

Class is still hard. Class may still be hard even ten years later. But the rewards are rich, and rising to that challenge week after week, year after year has made them strong. Not just in body, but in mind and emotions too.

A life has been transformed.

Now imagine if every Kiwi was doing this every week. We’d be able to collectively toss away our blood pressure pills, our depression pills, and our anxiety pills. We wouldn’t be lining up for knee replacements and hip replacements and back operations. Our hearts and lungs and livers would support us all the way into our later years. Our binge drinking culture would dissolve away into nothing.

A nation would be transformed.

My recommendation is that the Government forms a working party to investigate the long-term effects of Bikram yoga on the body and mind. After gathering testimonials from long-time Bikram yogis, they’d soon see that it’s absolutely ludicrous that we aren’t all doing Bikram.

In the meantime, I would love to see the Minister of Health, Tony Ryall, get himself to a Bikram class just so he can see what it’s all about.

Up for a challenge?