You are here: Home / ARCHIVE / Events Archive / Why I’m so excited Simon Borg-Olivier’s giving a workshop in Wellington 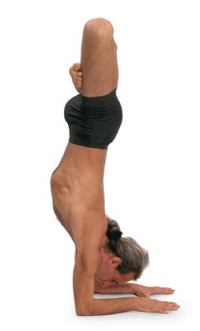 A few years ago, I traveled to Brisbane to attend a course called Applied Anatomy & Physiology of Yoga, taught by a remarkable yogi called Simon Borg-Olivier.

It was presented over the course of two three-day weekends, and was attended by Yoga students as well as physiotherapists and acupuncture practitioners.

You see, Simon is an inspiring teacher with a wealth of experience in several different styles of yoga, but he is also a physiotherapist with a great deal of knowledge about the meridians used in acupuncture.

He presents a university course in Applied Anatomy & Physiology, on which the workshop was based.

It certainly wasn’t your average Yoga workshop. I think it’s fair to say that it was the most fascinating and inspiring event I had attended in years!

I came home very inspired by what I had managed to absorb and digest from the sessions.

I began to integrate some of the things I had learned into my practice and consequently my teaching.

In my own experience, and based on the feedback I received from my students, Simon’s approach creates a lot of core strength, and a greater awareness of the movement of energy (prana) and information (citta) around the body.

In June 2009 Kelly Fisher and I traveled to Sydney to attend classes at Yoga Synergy, which is the school Simon co-owns with Bianca Machliss.

We spent about a week there, attending as many classes as we could get to. We also took the opportunity to speak with Simon about offering a workshop to our students here in Wellington, which he did in August that year. We had a lot of fun, and we learned so much!

It was a great opportunity for our students to get to know Simon too, and to find out what a lovely man he is. The sheer amount of information he imparted was quite intense at times, but all in all, it was such a wonderful experience that we have been working for some time to get him to come back for a follow up!

After all – Simon’s been doing yoga since he was just six years old. Yes, six! Here’s a few other facts that may persuade you Simon’s a man worth learning from.

On February 19 & 20, Simon will be presenting a workshop at Wellington’s Yoga Unlimited called ‘Firm but Calm – Sthira Sukham Asanam’.

It will consist of four three-hour sessions based on the Yoga Synergy Earth sequence. While it may seem like a long session for those of you who haven’t done a lot of yoga, rest assured that there will be breaks, and that there will be times when Simon will lecture and demonstrate, as well as times when you’ll be invited to join in with the flowing sequences he has designed.

It will be a great mix of theory and practical experience, and you will no doubt come away with a new perspective on this ancient practice!

I can’t wait, and will hopefully see you there.

Move trailer for Yoga and Me, which features Simon.