You are here: Home / Yoga Articles / Awakening • Creating a More Beautiful World / Musings from the Mat / What Women Need so They Can Invite Men to Step Up 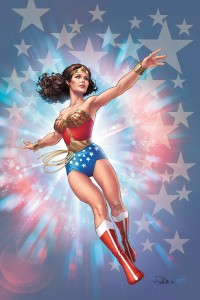 Our source of power is our own worthiness, which arises from within, not from being validated by men.

I attended an all-girls high school in Dunedin and remember clearly one year the annual production was Lysistrata. Written by Aristophanes and first staged in 411 BCE, it’s a comedy detailing one woman’s extraordinary mission to end the Peloponnesian War.

Her method? Lysistrata convinces the women of Greece to withhold sexual privileges from their husbands until their men agree to negotiate a peace.

As a teenage girl, I loved this play. I loved that it had been written by a man, 2500 years ago, and that it was about strong women with a powerful vision willing to make a personal sacrifice to serve the greater good.

When women gather together to hold space and support each other in opening into their power, something magical happens.

In 2009 the Dalai Lama famously said that the world will be saved by Western women.

My observation of the personal development, spiritual awakening, working-on-yourself crowd is that it is predominantly women. For whatever reason, over the last few decades, it has been mostly women who have bought the books, attended the workshops, and focused on becoming better versions of themselves.

What? What do men become?

There’s no doubt that men too are stepping up, and working on themselves, becoming the best they can be. However, they’re not doing it at the rate that women are. Not yet anyway.

And here in the West, we women are extraordinarily privileged. Never before in the history of humanity have women been so free, so educated, so well-connected and so well supported.

Yes, women still face challenges even here in the West, and are still under-valued. However, we have more and can do more than ever before.

That means we have a responsibility to use this power wisely, and with love. It means transcending our personal lives and using our power for the greater good and in service to the whole.

And one of the greatest acts of service we can do is to invite our men to rise to meet us. Just like Lysistrata and the women of Greece, we can use our sexual power to encourage men to step into their fullest potential.

From my late teens through to my mid-30s, I was in a constant stream of long-term relationships, single for only a handful of those years. When I finally exited my last relationship, I declared to myself that I wasn’t going to consider a relationship for at least six months.

Even more potently, I resolved that I would break a long-standing pattern of mine – that of compromising myself and my own power so as to hold onto a relationship. I resolved that it was time for me to stand in my power, be clear about what I wanted to experience, and invite the man in my life to step up to that.

It’s been five years now, and I have yet to enter another long-term relationship. Yes, there is sometimes deep grief that I’m not sharing my life with a romantic partner. However, over this five year period, something extraordinary has happened.

Without a man to compromise with, and another person’s needs and desires and outlook to influence me, I have lived my life completely on my terms, my own way.

In the process, I have become the best version of me, and stepped fully into my power. This was further super-charged last year when I finally learned to manage my sexuality in a positive way.

Along the way, I have also cultivated strong, powerful, supportive, loving relationships with some amazing men who I love dearly. I have a inner circle of male friends I adore. With these wonderful men at my side, I feel filled up with masculine energy and so have had less need for a romantic partner.

Plus, I’m in a flatting situation with an amazing man who also loves and supports me.

The only man-related need that’s not being met is sex. I’m celibate. Which freaks me the hell out – that I’m able to be celibate and survive. I certainly wasn’t in my 20s – in the rare months or so that I was without a relationship I always had something casual on the go.

Now however, my sexual energy is poured into my work, into my dancing, into my cooking, and into my life.

I still have a strong desire to express the sexual side of myself in deep, intimate relationship with a man. It’s a core part of who I am. But I’m not willing to compromise myself in any way in order to experience that. I am secure in who I am, in my ability to support myself, and in the life I’ve built for myself.

From this vantage point, there are men I find deeply attractive and alluring. Once upon a time, I would have gone after them, no matter what it took. I would have moved to a city I didn’t want to live in to chase a man. Resigned from a job I loved because he suggested it. Taken a major life path that was never an option for me because he wanted to walk that path. Accepted behaviour I didn’t want around me.

From this space. I’m inviting a man to step up and meet me – to choose to step fully into his power and become all that he can be.

It’s not that he has to be perfect, because I’m far from it. It’s that he too has an intense desire to wake up – to self-realise and self-actualise while deeply serving.  And so there’s a desire to support each other in this waking up – which means calling each other out and being called out.

My fear in my other relationships was that if I called my man out and made him accountable, he would walk away from me.

Yet my reality now is that my male friends are asking me to do this for me – they want me to call them out and hold them accountable. With love, compassion, kindness and wisdom.

Imagine if all women did this. If we took responsibility for being the best woman we could be, did our own work, build our own secure foundation in life and then invited a man to meet us in that space. Imagine if we women than loved that man unconditionally while holding him accountable for his actions.

There’s one key factor at play here. One major foundation stone that needs to be in place to make it work.

Women have to feel their own worth.

We’re brought up to seek validation through our men – it is the men that make us feel wanted, attractive, worth something. As long as this dynamic remains – as long as women need men to feel worthy – we can’t support men in their growth.

Once a woman has an independent sense of self-worth, then she is able to support her man by holding strong. She’s not reliant on him validating her, so she doesn’t need him.

Once upon a time, I got into relationship to feel wanted, validated and secure – and I confused all of this with love.

Now, I feel love, I am love, and I give love on a daily basis. I don’t need a relationship to experience love. This elevates relationship beyond need and into a space of unconditional love and co-creation.

And I know, deep in my heart, that from this space, I will be met by a man.

The seeds planted by experiencing Lysistrata as a teenage girl have finally flowered.