You are here: Home / Yoga Articles / Starting • The Foundations of Yoga / Reviews / Top ten yoga books in my library, Part 2

As promised! Following the popularity of  Top Ten best yoga websites and articles on the web, and Top Ten yoga books in my library, Part 1, here’s the rest of the list. Plus don’t forget to check out Top Ten Yoga Videos online, Part 1.

Again, in no particular order, these are the second half of my top ten yoga books. I own every one of these books, and refer to them again and again. 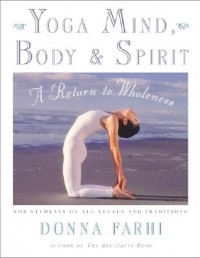 A gem of a book

Yoga Mind, Body and Spirit: A Return to Wholeness by Donna Farhi

An American brought up in New Zealand, Donna strongly emphasizes inquiring your way into your practice. She poses many questions that other teachers don’t even think to ask – like why practice asana at all?

This book starts where all yoga starts – with the breath. Donna explores letting the breath move you, and guiding the breath. From there, it’s a steady step by step look at the foundation of any good yoga practice. We’re asked to look at yielding, radiating, centering, supporting and aligning. It’s such a delicious way to explore practice, but it’s not all the book has.

There’s also an indepth look into the various systems of the body and how these function within asana. Donna examines the cellular body, the musculoskeletal system, the fluid body, the organ system and the neuroendocrine system.

All this before she begins an indepth look at the asanas themselves. Just picking this book up today makes me want to dive back in to see what goodness I pick up now.

Here’s her introduction to the chapter on forward bends and twists.

As we bend forward or twist our bodies we curve our awareness back toward ourselves, looking inward to the stillness of our centre. As we learn to surrender and release into that return, we can recuperate from the outward actions of our busy everyday lives, taking solace in self-reflection. …it matters little how far you can bend forward…, for whereever the point of resistance lies is the place where you have the greatest opportunity to learn and to change. 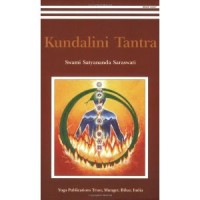 I bought this book direct from Will Fenton in Wellington, for a very good price too. Fishpond doesn’t even have it in stock, and lists it as $75.

There’s so much goodness in here – as the title suggests, it’s an indepth look at Kundalini Yoga, including everything you need to know about awakening Kundalini, the chakras, yoga practice and research.

I’ve read this cover to cover, once, and I don’t feel like I’ve even begun to scratch the surface. Along the way I discovered that not only does Kundalini ascend the spine, it also descends. I discovered that there are many methods of awakening Kundalini including being born with an awakened Kundalini. There’s information on preparing for an awakening, and plenty of warnings about the folly of setting off down this path on your own.

The book is well grounded in experiential knowledge, plus scientific studies. The final section of the book is a compilation of studies that have been done on nadis, chakras and kundalini.

I love the way Swami Satyananda writes, he has a forthright, grounded, light-hearted style which makes the book easy to read and digest. Here he is talking about What is Kundalini:

Everybody should know something about Kundalini as it represents the coming consciousness of mankind. Kundalini is the name of a sleeping, dormant, potential force in the human organism and it is situated at the root of the spinal column. …as Kundalini ascends, it passes through each of the chakras which are interconnected with the different silent areas of the brain. With the awakening of Kundalini there is an explosion in the brain as the dormant or sleeping areas start blossoming like flowers. 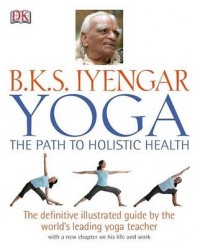 Thick enough to use as a prop!

Yoga: the Path to Holistic Health by B.K.S. Iyengar

This is one substantial book. It’s so thick and heavy, you could use it as a block in your practice. The front cover says “The definitive illustrated guide by the world’s leading yoga teacher”, which is quite the claim, but is entirely plausible. Iyengar is one of the world’s top teacher, and he excels in designing yoga practices for a myriad of different health conditions.

Iyengar had health issues as a child, so has personal experience with the physical healing power of yoga, and has used this experience to build a wealth of knowledge as to exactly which postures and in which order can relieve almost any health condition. This book lays out a series of fully illustrated practices in it’s section Yoga for Ailments, addressing everything from heart & circulation issues to the digestive system to muscle, bones & joints problems and everything in between. The practices are prop-heavy, but do give an excellent starting point for any home practice.

But the Yoga for Ailments section is only one part of this book, which also covers Iyengar’s life and work, Philosophy of Yoga, Asanas, Yoga for Stress, Pranayama and an Iyengar Yoga Course. It’s beautifully laid out, illustrated and designed and the information contained within is clear and precise. A stunning Christmas present for any yogi! Here’s Iyengar from the book’s foreword.

The strain of modern life can lead to physical pain and illness, as we neglect our bodies in the race for material success. The stress of modern life can also lead to mental suffering: feelings of inadequacy, isolation or powerlessness. Yoga helps to integrate the mental and the physical plan, bringing about a sense of inner and outer balance, or what I term alignment.

True alignment means the inner mind reaches every cell and fibre of the body. 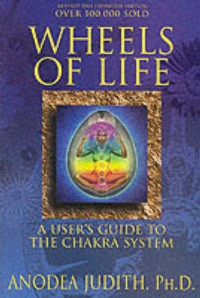 So rich in detail!

Wheels of Life: User’s Guide to the Chakra System by Anodea Judith

If you were going to pick one book to work with the chakras over the course of a year – this could be it. Easy to read, interesting, well-laid out and just chock-block full of information, it’s got everything going for it. Even the fact it was written in the ’80s doesn’t detract from what it has to offer.

Rich in detail, author Anodea Judith pulls from many different cultures, including Hindu. She also makes liberal use of footnotes leaving no doubt as to her depth and breadth of understanding, and she starts each chapter with a quote from a wide cross-section of the world’s religious texts.

Each section also includes a list of recommend reading so people can go deeper into aspects that appeal. She uses anatomy and physiology in diagrams to explain more esoteric ideas in such a way that it makes total sense to a Western rational mind. I loved her drawing of the sciatic nerve down the inside of the leg and into the foot showing how this nerve literally roots us to the ground. The book isn’t just theory though – each section contains practices complete with illustrations and opening meditations.

There’s also a questionnaire to help you determine which chakras might need balance, and how our relationships can reflect what’s going on in our energy centres. This helps to explain why we’re attracted to certain people.

Although this isn’t strictly a ‘yoga’ book, it gives a thorough grounding in key parts of yoga practice and philosophy  – as this description of the movements of Shiva and Shakti reveal:

Shakti, as she pushes up from the Earth, is described as the ‘divine aspiration of the human soul’, while Shiva, pulling from above, it the ‘irresistible attraction of divine grace’, or manifestation. The eternal relationship of these two deities comprises the phenomenal world we experience.

Both of these deities reside within each of us. We have only to practice certain principles to allow these forces to join together bringing us enlightenment from the veil of Maya, or realization of the consciousness buried within the so-called illusion. When this occurs we will have… the powers of creation within our very grasp. 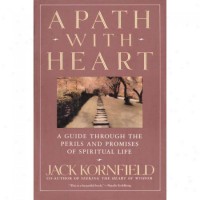 It’s nice to have a guide on any long journey

A Path with Heart by Jack Kornfield

It’s the stories in this book that get me every time. Jack Kornfield has a talent for weaving tales that both entertain and inform, while revealing spiritual truths along the way. Plus he’s really, really good at breaking down complex spiritual ideas into palatable bites.

Reading this book was like having access to a wise teacher as Jack goes into great detail about the many pitfalls and promises of the spiritual life. It wasn’t until I read this that I realised how far off the path I’d often wandered. It’s easy to get lost without a guide!

Jack breaks the book into clear sections – meaning he can cover a lot of ground without losing the reader. He starts on A Path with Heart: The Fundamentals, heads into Promises & Perils and ends with Widening our Circle. No matter where you are on your journey, this book can help you make sense of the landscape, and give you an idea of where to head next.

And while Jack’s path is one of Western Buddhism,  his wisdom applies to those of us on a yogic path. All truths are one at source 🙂 For me, the whole book was summed up in the opening quote, and it was the reason I bought the book there and then.

Even the most exalted states and the most exceptional spiritual accomplishments are unimportant if we can not be happy in the most basic and ordinary ways, if we cannot touch one another and the lie we’ve been given with our hearts.