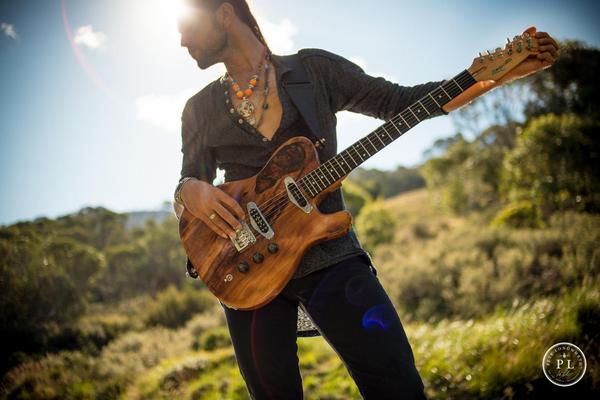 He started yoga because he had lower back pain, moving from Bikram to Vinyasa to Yin at East West Studios in Auckland. Then Nikki Harris, the studio owner asked musician Arli to play his soundscape ambient tunes for a yin class.

Fast-forward a couple of years and Arli is about to go on a multi-continent tour playing music for top international yoga teachers like Shiva Rea & Elena Brower.

It’s a world away from his up-bringing in Israel, where he became a session musician at age 16, playing in the WhiteFlag Project, a group made up of Israeli and Palestinian musicians.

WhiteFlag Project couldn’t tour in either of their homelands but played massive international shows including the Montreux Jazz Festival in Switzerland, to a crowd of 200,000 at the Creation of Peace Festival in Russia and an appearance for Amnesty International at the 2008 Global Peace Festival. Arli also co-produced, edited and performed on their album Talk in 2005, with the band going on to create award-winning documentary Playing With The Enemy.

Arli found his way to New Zealand in 2009, released his self-titled debut album in 2013, his next release Fata Morgana in 2015 and now his new album Allegra was released in June of 2016.

I sat down to interview Arli in the middle of a huge rain storm up in Auckland. We spoke about his metaphoric rise in the yoga world, why he loves working with teachers like Shiva Rea and Elana Brower and what he’s really doing when he plays music for yoga classes.

(The audio on Arli’s side is gritty for the first few minutes due to heavy rain, but smooths out once he gets to the story about playing on Shiva’s Immersion.)

Arli Liberman on the Yoga of Music 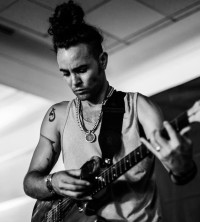 Arli builds expansive soundscapes using purely his guitar and his array of pedals. His unique style, world class talent and ability to read and respond to audiences has lead him to become one of the most intriguing artists in the local scene.

His music seamlessly brings together sounds of both his Middle Eastern heritage and Western influences such as Jimmy Page, Brian Eno, David Gilmour and Michael Brook. Moving from alternative jazz to instrumental rock and fearless, ambient music, Arli celebrates a diverse spectrum of the world’s vibrant melodies, harmonies and rhythms.

Since moving to New Zealand from Israel in 2009 Arli has collaborated with the nations cultural elite including John Baxter, Jol Mulholland, Whirimako Black, Ngatapa Black and Nigel Gavin.

After wowing people with his playing he has been asked to perform at the Wanderlust festivals across Australasia, Germany and North America in 2016. Check out Arli‘s website here.