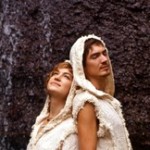 Husband and wife team Mischka Prem and Lulu Hogg are two motivated Australian kirtan artists who are so clearly in love, you might wonder if they’ve been fed a love potion.

I recently met the pair to discuss their current project, their first self-funded studio album.

A grand under taking which they are promoting through Pozible.com to help fundraise the $10,000 needed to get their album on the record and in to a yoga studio near you.

Most yogis will be able to recount an experience of “ugh god… not wind chimes” while lying in Shavasana.

Having frequented Lulu and Mischka’s performances over the last two years, I can safely attest to their current blend of the modern with the ancient, Portishead voices, ancient yoga philosophy, intertwined and delivered right on cue.

I remember my first kirtan experience, where the yogis and hippies in the room went from swaying melodically from side to side in a safe seated position, to jumping up on their feet and riotously dancing without inhibition. Not the kind of dancing I’m used to at rock concerts or arm in arm with Dad at some family occasion. Totally blissed out, sky talking, soul dancing.

On that occasion, I sat there judging them for being so lame.

But I have to admit that over the last few years, the more kirtans I experience, the more I learn about yoga and its process. I have grown a soft spot for these concerts of the heart. There is a certain energy that one departs with that one did not arrive with. Becoming ‘yoga stoned’, without any asana at all.

Mishka and Lulu met in 2010 at a Rainbow Festival in the back reaches of the Blue Mountains. A bohemian gathering where all sorts draw together and create a non electric eco village, buzzing with weathered hippies from the 70’s, young fresh faces and lost travellers. Unlike many of my friends who would freak at the thought of no iPhone chargers or hair dryers, these two seem to praise the simple life.

They describe meeting each other like a religious experience.

In the middle of the night, hiding in a sandstone cave chanting and playing the guitar, they heard before they saw each other. Remembering the first time she listened to Mischka sing, Lulu winks across at her husband,

This intense energy just expanded throughout the cave, it felt like total bliss, I knew I had to meet this person.

Lulu Hogg is a celebrated Sydney yoga teacher who can be found on the timetable @ BodyMindLife Surry Hills and Balmain. She reminds me of that kooky music teacher at school in flowing outfits sing talking her way through life, trilling “Good moooorning” “How are yoooou” “I’m well thaaaaanks”.

Recounting her upbringing in Townsville, Far North Queensland she pronounces the word Townsville in a strong Aussie hick accent. A natural born story teller who was raised in a pub, she was pouring beers and carrying 3 plates in two hands at age 13. Surrounded by backpackers and transients, at 18 she flew the coup to Europe, immersing herself in foreign cultures and languages, an unconventional higher education.

Her voice is eloquent, mellow, a unique native bird. Thinking back on musical influences she breaks in to a Lauren Hill song recounting her love for R&B growing up, saying laughingly

As a teenager I thought I was black.

But beyond the gangstas, it was the voice of political activism and artists celebrating life through music that were her more obvious teachers.

She smiles as she admits:

As a young person, your life is school, your parents, getting a boyfriend, lots of dramas; I was taught how to understand the world through music… now I actually can’t stand the radio, I just can’t stand that vibration.

Her husband Mischka Prem moves like a will-o’-the-wisp, subtle, without resistance. A loyal demeanor, he speaks with a quivering, mixed up European accent. Originally from Germany’s North West, he comes from a long line of doctors and for a short while liked the idea of becoming a doctor too. However, a pestering desire to stay on the road and travel to weird and wonderful destinations pushed him way off track. He remembers his older brother returning from travels in South America with stories of kirtan and mantras and being instantly attracted to these “songs of the heart”.

A bit of a natural, Prem was exposed to music and instruments from age dot, learning the piano as a toddler and forming a punk rock band with his brother as teenagers. In his twenties and on the road in India, the Middle East and South America he was the definition of a rolling stone, picking up bits and pieces here and there, an imperfectly perfect journey.

Like so many other stories, Prem originally landed in Australia in pursuit of a girl. However, that didn’t work out and only weeks later he met Lulu. Like my yoga teacher Mark would say, you need to make a few changes so God can correct your course.

Inspired by their mentor, the world renowned kirtan musician Dave Stringer, who at last year’s Bodhi festival explained to them “You just need one really great track, recorded really well”, 2013 is the year of action for Lulu and Mischka.

Together with their Producer Phil Snow, they are in the process of recording their first studio album. A collaboration with many other artists, this album will be pure chanting, with some tracks extended to 10 minutes long as they endeavor to create the energy of a live kirtan and pin it down.

Without the financial backing of a record label, they have launched a Pozible.com campaign, where supporters can purchase the CD before it’s produced in order to fundraise and pay for their project.

There are many other rewards listed on the site including voice lessons, bodywork, live yoga chants in your living room or yoga one-on-ones, all varying from $10 to $1000. Or there is also the option to just donate.

After spending an afternoon with these two, my inner hippie is just a little more dominant in the face of an alt rock absorbed ego. In the privacy of my own home, curtains slightly drawn, the idea of putting on Lulu and Mischka’s music and seeing where the body leads me is not too far outside the comfort zone.

Please click on this link to explore their Pozible campaign or you can visit their website here. 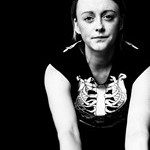 Kate Southward; born again yogi, Shaman of the lane ways, woman of the LuLu Lemon. After wandering the globe aimlessly in search of purpose during her early twenties, Kate was introduced to yoga by her teachers in Sydney in 2007. Describing it as her daily drug of choice, she claims yoga and a regular meditation practice completely changed the plasticity of her brain – for the better.

In 2012 Kate completed her 700hr Teacher Training with Aussie Yoga Education Guru Mark Breadner. Now a regular on the time table at Barefoot Yoga, Sydney’s first donation based studio, Kate’s classes are inspiring, strong and compassionate, allowing you to cut through the story and let new energies flow. To follow her musings on wellbeing, the mind, the heart and all things yoga, you can check out her blog A Yogafied Life or find her on Facebook