You are here: Home / Yoga Articles / Awakening • Creating a More Beautiful World / Musings from the Mat / How yoga supercedes the need for political correctness 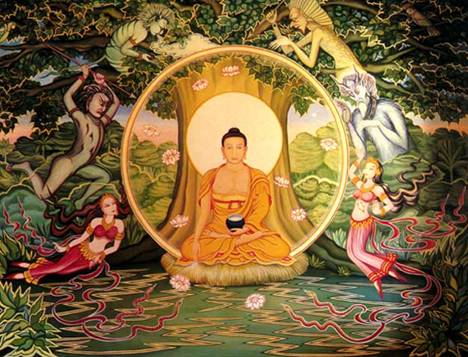 Here’s what we need to do to shift this whole PC thing that has infected our culture.

Let’s start by getting a few things straight.

If someone calls me a bitch, does that make me a bitch?

According to their world view, it does.

But I don’t have to believe them.

And more importantly, I don’t have to get upset about it either.

I can accept their perspective and allow them to have it.

Isn’t this what the whole intention behind PC was in the first place – acceptance and tolerance for our differences?

Bitch isn’t that an inflammatory an example. Let’s try another one.

Let’s imagine you’re a short-haired, trouser wearing woman who prefers relationships with her own gender.

And someone calls you a “fucking dyke” in a nasty, mean kinda way.

Do you have what it takes to accept that that is how they see you, without getting upset about it?

After all – do they define who you are? ARE you a fucking dyke?

And what do those words mean anyway?

In the ever-shifting sands of the English language, words morph and float along a continuum of connotations.

While they might have been meaning to be nasty… the words themselves divorced of that intent are just words. Technically they could mean “a sexually active method of containing water”. Dyke has been considered offensive in the same way gay and nigger have been. Both have been “reclaimed” by their respective interest groups.

We put so much energy into getting upset about the words that people use, when it is really the intent with which they speak them that inflame our righteousness.

How dare he call me a fucking dyke?

I’m hurt, and upset, and wounded, and it’s all your fault.

For if I felt secure in my identity as a woman who loved other women, I would notice those words and those intentions as reflecting not who I am, but who the speaker is. And I would allow them to express themselves and their world view because that is what I wish for them to do to me – allow me to express my world view.

So where does this leave us?

Under dualistic thinking, it’s impossible for us to hold two different ideas in our heads at once as both being true.

How can it be true that I am both a fucking dyke, and a woman who loves other women?

Surely one of these ideas must be wrong?

And this is what PC is all about – about supporting the world view that is right. This world view is tolerant and open and accepting and therefore good.

But from a logical point of view, it’s very inability to allow other people to express their intolerant, unaccepting world view makes PC… intolerant and unaccepting.

So – is it then possible for us to hold two ideas about one thing as both being true?

It is if we understand that an idea about a thing expresses a perspective, and there are as many perspectives in this world as there are people. Many of these perspectives will have similarities, but they are still as unique as the DNA of the person with the perspective.

And if we accept these two ideas about one thing as both being true, where does that leave us?

Well, we have one person speaking angrily to another, insulting them.

And we have one person listening with respect and accepting that person’s point of view.

There is quiet dignity in this. There is peace in this.

It is markedly different from one person being angry and insulting, and the other person being hurt and wounded.

To accept another’s perspective is not to deny our own, or to make their perspective right, or better than ours. It is just to accept that at this moment in time that is how they see the world.

Is that so tough?

It’s not when you practice yoga. Seriously practice, both on and off the mat. When you understand that yoga is a path of awakening. And that awakening is not about changing the world, but simply seeing the world as it is.

There is great power in this.

For when you see the world

And you remain still, peaceful, loving, and open in the wake of

The arrows of anger and insult turn into flowers of colour and fragrance.

So forget political correctness. It is merely the mirror of the hate/intolerance/anger/insults it seeks to erase.

That is all that truly matters.

Yoga is one path.

But there are many.

And watch arrows turn into flowers.

For another take on how we allow our perceptions to rule our reality, try this excellent article from Kenton Whitman:

Leave a Reply to On Being Disabled « kentonwhitman.com Cancel reply