You are here: Home / Yoga Articles / Awakening • Creating a More Beautiful World / Musings from the Mat / How to Break a Pattern of Attracting Emotionally Unavailable Men 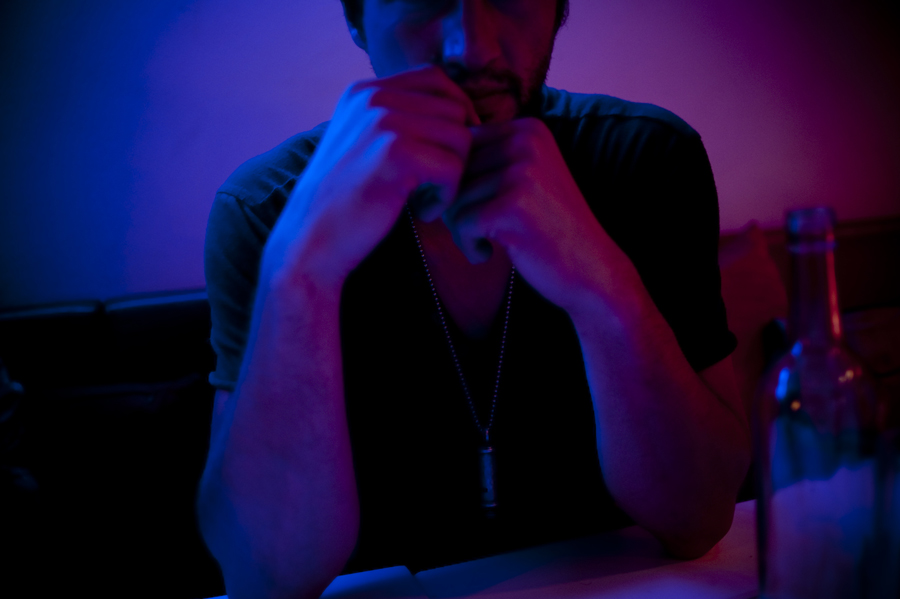 It began with Ana Forrest’s class Tracking Transformation at midday on Thursday, the first day of Wanderlust Great Lake Taupo.

I was wary of taking her class that afternoon as I was doing a Speakeasy at 4:30pm and Ana has a reputation for breaking people open. However, it was my only chance to make one of her classes so I took the risk.

Early in class, Ana had us scan through our body, tracking sensation, and seeing what was going on.

We were instructed to choose a part of the body to work with for the rest of the class – something that needed healing. That was easy right – my right hip, or lumbar spine always needs love and healing. However, during the scan and when Ana asked us to choose a body part I was surprised to find that it was my heart that called my attention.

My heart? That doesn’t need healing!

But I obeyed the calling and for the rest of class focused on breathing every breath through the heart, no matter what asana we were in.

In tracking this sensation I was surprised to notice how constricted my inhale was compared to my exhale. Exhaling? No trouble, I could exhale deeply for eternity at a regulated and even pace. But inhaling? My upper right chest felt constricted and often it felt like I couldn’t get a proper full breath at all.

This was interesting. Over the course of the class, this sense of constriction eased as more and more breath flowed into the upper right chest.

However there were no major breakdowns or breakthroughs – just an expertly-taught, deep experience of yoga.

But sometimes openings take time to reveal themselves. It wasn’t until Sunday night, after Wanderlust had ended, that the fruits of Ana’s class, and some personal work I’d done over the past few months, began to reveal itself.

I had decided driving five hours after a full day of Wanderlust wasn’t a good idea and so booked an extra night in my hotel room, a twin share. Pete, an extraordinarily talented photographer I’d connected with on the Saturday needed somewhere to sleep so I offered him my spare bed.

My dreams of an early night went out the window when five of us decided to do a midnight trip to the natural hot springs close-by.

It was one of those perfect adventures that one has to say yes to, and it was magical time – walking into the springs in the dark caressed by a sprinkle of rain, and surrendering to the unknown as we slipped into hot pools to talk, muse, meditate and chant together.

It was 3am by the time Pete and I made it back to our hotel room. He and I had connected on the Saturday through multiple synchronistic meetings – how many times can you bump into the same person within a short time frame? We’d ended up sharing dinner and hitting the dance floor for about five hours.

There was already a deep sense of friendship despite the short time frame we’d known each other.

Sleep wasn’t really an option at this stage – we knew we had things to talk about.

Instead we lay on our backs on the ground, feet hooked over one of the beds, watching the almost-full moon light dancing through the net curtains, listening to an awesome playlist curated by Pete.

It was an intimate scene of two friends hanging out. As we talked, sharing stories of our wild pasts and not-so-past, of relationships, of visions for the future, we often finished each other’s sentences, had each other in fits of laughter, and neither one of us let the other get away with any bullshit.

During this conversation, which lasted over three hours, it struck me.

This was emotional intimacy.

And as that struck me, I was deeply aware of a shocking fact – I had not been truly emotionally intimate with any of my partners since my Australian boyfriend Mike whom I was with from 2000 – 2003.

Now I’m pretty damn conversant with the ins and outs of all my relationships, of which there have been a few in the last fifteen years. Knowing what happened, why it happened, how it affected me, and what I needed to heal as a result has become my stock-in-trade as a writer and a teacher.

I’ve written in depth about my relationship with Mike before, here, talking about why we ultimately broke up. However, this was a new and potent realization. It impacted everything I had since experienced in relationship since – and why.

And I was asking; Why?

What is it about me that is attracting these men? What in me needs to heal and change so I can attract emotionally available men?

This clarity over the pattern I was experiencing led to a determination not to open into relationship to anything less than a fully emotionally available man.

Last October I met a man I was wildly attracted to, and who triggered all kinds of desires and fantasies. Only we lived in different parts of the country, and I didn’t know if he was interested in me.

We became friends, and both ended up both going to Prana, a five day festival over New Year’s. That experience has became an article in it’s own right, but the short version is this.

We had wild sexual energy, danced beautifully and magically together, and could feel and respond effortlessly to each other’s energy and breath – something that always leads to magic in bed.

However, I could sense that despite this intense and wild sexual connection, this beautiful man wasn’t interested in a heart-connection.

In times gone past I would have ignored this deep knowing in me and gone for the sexual intimacy in the unconscious desire that it would grow into emotional intimacy as well.

In the process, I would have broken my own heart.

This time I stayed with the knowing, spoke my truth, and as I stood on top of a look-out under an almost-full moon (again!), forehead to forehead, nose to nose, lips to lips, breath to breath, chest to chest, belly to belly with this man… oh yes, two people could not stand any closer without touching!… I made it clear.

Yes, I want to play with you, but only once we’re engaged via all three relationship chakras – sixth, fourth and second.

You see, it was clear to me sixth and second were fully connected and flowing, yet not the heart. And I wanted the heart as well.

And oh god… I’ve been celibate for a long time and this man was beautiful and our energy was insane. It was the hardest no I’ve ever had to say.

And I couldn’t betray myself again. I couldn’t sell myself out for sexual pleasure.

I stood in my sexual integrity for the first time ever in my life… oh yes, the things I’ve done for sexual pleasure… that’s in the full article, coming soon.

I could sense how the deep activation of the heart energy, aligned with the energy of connected sixth chakras, would naturally flow down and then be expressed through the second chakra – sexual intimacy arising out of emotional intimacy, as an expression there of.

Then the birds were singing their dawn chorus and the conversation had to end because rest was necessary. We grabbed two hours sleep before making smoothies, packing, saying goodbye and heading off on our separate ways.

I drove home musing on the experience and the insights I’d had as a result. I had forgotten – deeply forgotten – just how emotionally intimate Mike and I had been, what that felt like, and how supported, seen and held I had felt.

In this remembering, I realised that breaking up with Mike had broken my heart deeply too and I hadn’t been able to handle the pain at the time so had buried it deep inside.

And not only that, but to protect myself from that deep pain again, I had used sexual energy to both dull the pain and distract me.

I had started seeing my next partner Scott within three months and we’d had a wildly sexual relationship. Yet we’d never had any real emotional intimacy – I’d been in protection mode.

However going into protection mode at this time meant it became the default state of being I operated under within relationship. I inadvertently trained myself to look for intense sexual connections and to avoid deep emotional connections. And then I wondered why I kept attracting men who weren’t emotionally available.

Now I know. And now I’ve changed the pattern. But it has not been easy at all. Breaking patterns take work.

First I started a line of self-inquiry – why did I keep attracting emotionally unavailable men?

As well as asking the question, I got clear on what I did want to attract. And then I held the line, committing to what I did want, even when it meant saying no to immediate gratification and pleasure.

In the healing of that pattern, I ended up stepping into emotional intimacy, even if only for an evening, which revealed to me the truth of my past and gave me an opportunity to release and heal it.

However, the work still wasn’t done. That insight triggered all the buried pain and guilt of my break-up with Mike – which had coincidentally occurred at the end of January, 12 years ago almost to the day.

I’ve been sitting in those painful feelings for the past week. Marinating really. Letting the tears come up when they do. Doing what I can to bring them through.

I also messaged Mike to share with him my insights and apologise for my behaviour. Even now, after all this time, he was grateful for my honesty as it eased some of his sufferings.

This sitting in the emotional pain is the end of the hard work on changing this pattern.

Now the slate is clear.

Now I know that the next man I attract into my life will be emotionally available. And now I see the depths of emotional intimacy that are available to me.

For this, I am grateful.