You are here: Home / ARCHIVE / Events Archive / How the Abundance Yoga and Pilates Studio came to be

Doesn't everybody have a yoga story?

Every now and then, I am asked to recall my first yoga experience. The inquiring minds have usually heard transformational stories from some of their favorite teachers and want to hear more… often as though they are looking for the next step in their inspiration to start a practice of their own. Typically, the conversation goes something like this:

So you really love yoga…how did you get into it?

Eager yogi-to-be moves to edge of seat with anticipation.

For a short time several years ago, I became so distraught about disappointing wanna-be yogi minds that I considered creating a story with which I could answer this question.

Of course, I thought, it won’t be UN-true… simply, it will be an embellishment of the memories I can recall of my early yoga days. Feeble attempts at this yielded vapid stories that lacked authenticity.

Frustrated, I continued to rack my brain for how to make my yoga ‘story’ as motivational and inspiring as others I had heard – to give these inquiring minds another compelling reason to start practicing. But the more I re-lived my early days of practicing, the less inspiring the story felt.

I could vividly recall one class and remembered thinking how hard it was. Then I’d remember the intense sweat from my first hot yoga classes; my feelings of inadequacy as I realized that I couldn’t balance on my head (or any other appendage for that matter), and that my hips just wouldn’t do certain things – they were holding onto 20+ years of soccer.

And then one day it hit me.

That ‘moment’ had never happened to me! I had a blessed life – I wasn’t looking to yoga for an escape. At the time, it was something new to try as someone who was committed to and interested in health and fitness. It was incredibly physically challenging and satisfied my adrenalin ‘fix’. Over time, a transformation occurred – what had previously conjured up feelings of inadequacy and incompetence became humility and acceptance. It wasn’t the first moment of my yoga journey that was relevant – it was the culmination of the moments within. My first experience with yoga wasn’t life-changing, but yoga had changed my life.

Sure enough, what people found interesting about my story was that it was progressive – it wasn’t an overnight transformation from jock to hippie…it was a long, progressive path full of personal, physical and spiritual growth. The ‘story’, or lack thereof, gave hope to these people because it defied the stereotypes they had created in their minds – they didn’t need to have pretzel-like flexibility or replace all their Prada with hemp to attend a yoga class.

As I began to gain a better understanding of my place in the yoga world, another transformation was happening. Two years had passed. My hips could withstand frog pose for two minutes and I could easily balance on my head. Physically, I felt like a different person. My body looked different – I was as muscular as ever, but could run longer and stretch deeper.

I still lifted weights but ironically, could lift more weight easily. I preached evangelically about the physical benefits of yoga to anyone who would listen. Oddly enough, though, after all this time, I still couldn’t quite muster an ‘ohm’ , and lying in savasana was a challenge – in fact, often I’d just skip it altogether.

One day it happened. There, in the same spot I took every class, this strange noise emanated from my mouth:

And at that point, this tectonic shift happened in my practice: suddenly I realized how much mental, emotional and spiritual change had occurred within my years of practice. I was less anxious and stressed. I was in the first warm, loving, open-hearted relationship I had been in for years. I was more accepting of my own limitations and of the limitations of others – and, actually, considered these opportunities rather than limitations. This complete transformation had happened inside of me sub-consciously.

And so it became my mission to take the ‘average joe’ (as we call it in the US), and make him a yoga convert…to aid in the understanding that yoga could be for every BODY. Most importantly, I wanted to provide an environment where this could happen.

This was the foundation for Abundance Yoga and Pilates Studio. Those of us involved in the project have aligned on the concept of creating an inviting, welcoming, non-esoteric environment in which new students can develop their practice and seasoned students can continue to find new and deeper levels of their practice. We may be the sanctuary of the yoga practice for our students, or may provide a platform from which some of them may then move into more traditional yoga studios.

A membership to Abundance provides you with exclusive benefits that will better connect you to the Abundance community and ignite your yoga practice. While we encourage membership to the studio to maximize your experience, we also welcome class ‘drop-ins’, i.e. non-members, for all classes and services.

Our studio features include a carbon-filtered heating system to promote a challenging yet hygienic hot yoga class, state of the art Pilates equipment, a well-appointed waiting area, the convenience of online registration and check-in for classes, water fountain, and access changing rooms, complete with showers and sauna.

Even more exciting, we will be hosting two world-class training programmes in October for Yoga and Pilates. We are honoured to be bringing revolutionary Yoga and Pilates teacher training  to New Zealand.   If you’ve ever thought about starting a fitness career, are looking to deepen your yoga/Pilates practice, or even just want to add to your trade (e.g. as a physio), we encourage you to consider attending these life-changing training programmes.

All trainings listed below will be hosted at Abundance studio, located in cityfitness Porirua, one Walton Leigh Ave.  For more information on the studio or the trainings, contact abundance@cityfitness.co.nz.

Power Living 200hr Yoga Teacher Training (Oct 25th – 31st,  6:30am – 5:30pm): Power Living Australia’s introductory course of 200hrs gives you the foundation to start teaching with full accreditation. The training is not only for new teachers but is also a great way for already established teachers to reignite their passion for teaching, or for students who simply want to learn more about this great tradition and Power Living’s modern day fusion of many styles and systems.  The first week includes 60 training hours.  This is supplemented by three weekend trainings in the months following, as well as 22hrs of home study.

Duncan Peak, Power Living’s founder and the course director, leads the training and is assisted by guest lecturers who are subject matter experts in their field of study, e.g. yoga philosophy, anatomy & physiology, etc. This is an amazing course to build a foundation for a lifetime of learning. www.powerliving.com.au

It is our hope that these training programmes will ignite a new spark in the mind/body world in New Zealand. We invite Yoga Lunchbox readers to join us as we near our studio opening date – contact info@abundancemindbody.co.nz for more information. 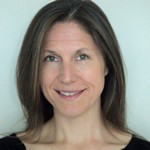 Allyson has lived most of her life in New York, where she started her yoga practice in 2001 to complement her soccer training. Before she knew it, she was a practice ‘junkie’ and a certified teacher in yoga and Pilates, most recently teaching sessions at Equinox Fitness Clubs and Pure Yoga New York. She also heads up the teacher training programme for yoga and Pilates at Equinox.

Allyson relocated to New Zealand in February 2010 to work with cityfitness gym and to be part of the development team for Abundance Yoga-Pilates studios. The team’s intention is to bring accessible, world-class mind/body programming to New Zealand. When not working, Allyson is preparing (and eating) raw food cuisine, practicing yoga and Pilates, and travelling with her husband as often as time allows.