You are here: Home / Yoga Articles / Teaching • The Business of Yoga / Teacher Interviews / Duncan Peak on What Modern Yoga Really Is 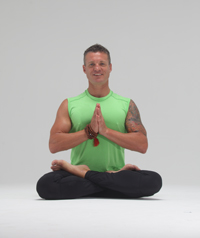 [Editor’s Note: This article was originally published March 5, 2014. As Duncan is appearing at Wanderlust NZ & Australia 2015, I’ve up-cycled it for people to take a second look.]

I’m loving this interviews series with Wanderlust teachers because every time I’ve walked away impressed by the yoga teacher I’ve interviewed.

This time, I was talking to Australian bloke Duncan Peak – and he is a bloke in every sense of the word. He went from high school into the military and spent time as a paratrooper. He played professional rugby union. And right through it all, he was practicing either meditation or yoga.

Like Amy Ippoliti, Duncan was introduced to yoga and meditation at age 16, and while he didn’t talk about it with his mates at school, it was the beginning of a life-long practice.

Post-army, Duncan got back into a more physical practice (he’d been mainly meditating while in the army) to cope with the injuries he’d sustained. He did the rounds of the teachers, spending time in Mysore with Pattabhi Jois, he studied Iyengar, and he spent time with Baron Baptiste (Power Yoga) eventually co-facilitating retreats with Baron all over the world.

Prior to speaking to Duncan, I was somewhat wary – I’d read an interview where he described Hatha Yoga as a product he knew inside out, and the marketing speak on Power Living’s website made me prickly.

“Duncan… smashes the stereotype of what a Yogi should be and rather focuses on being himself and creating a methodology inspired by ancient teachings that he believes is relevant for today’s world.”

However, as we spoke, it was clear that Duncan knows his stuff inside out – not just asana but also the philosophical under-pinnings of yoga and how to apply it to our daily lives.

What most impressed me was his clarity around the necessity of using yoga in running the Power Living business (five studios, two more on the way, and six co-owners).

“People say ‘never go into business with your friends’ and for me I’m in business with all of my best friends… for me that’s more of a yoga practice than going in and doing a few handstands and downward dogs. It’s that constant honesty and love and understanding of how our community… needs to work for us to serve at such a big level.”

I was sold at that point. Yoga on the mat is one thing, but teachers who understand how to apply that yoga in every aspect of their life always demand my attention.

Finally, Duncan has just released a book called Modern Yoga – find out why it’s called that in the interview below.

An interview with Duncan Peak, teaching at Wanderlust NZ and Australia 2015 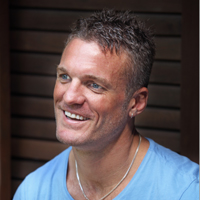