You are here: Home / Yoga Articles / Deepening • The Yoga of Life / Yoga in the Media / Do Perfect Yoga Videos Do the Practice a Disservice? 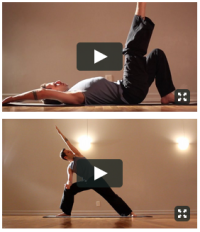 Do our natural arising imperfections during our practice serve a yoga video better?

Editor’s Note: This article was originally published as The Unbearable Sweetness of Yoga on Yogi Brown. I wanted to share it here because it’s an important message about the deeper nature of yoga, beyond glossy perfect media images.

Most people who practice yoga with any consistency over time begin to recognize that the benefits extend well beyond having a strong and flexible body.

But unlocking the keys to the real power of yoga often requires a fearless embrace of vulnerability that runs contrary to the image we have of yoga’s fruition.

The confluence of personal practice, the display of that practice outwardly, and the truths that are revealed in that process have been at the forefront of my own experience.

After more than fifteen years of developing programs of practice, I am currently producing a yoga video that will document the sequences that have proven most effective. In the context of my teaching, I have demonstrated these practices publicly many times.

But setting that practice down to video, where it is captured for all eternity, or at least as long as there is a back-up on a hard drive somewhere, asked that I accept a snapshot of myself in my life and practice as definitive.

My yoga practice can only really be expressed in its entirety, over the course of my whole life and all that it entails.

We shot me doing the practice twice. The first day I really brought my A-game. I nailed all the alignment points I wanted to emphasize. My breath was as long and even as I could make it. I wanted to show the practice in its most accomplished expression. After all, it represented my work as a teacher and I’d be lying if I didn’t admit that I wanted it to be impressive to others.

When we arrived for the second day of shooting, my producer said:

“Yesterday was great. You really nailed it. But honestly, it felt very technical. Maybe this time you just go for a feeling. Like, do the practice exactly as you would if you were alone, not for the video, just for yourself.”

Frankly, had I been given that directive on the first day – to just do it for myself and not the camera – I would have likely said sure and then gone ahead and done it for the camera all the same. As I said, this is a representation of my life’s work for public consumption. But since we already had the perfect version in the can, I was able to fully embrace the suggestion.

In that second shoot I genuinely had a practice for myself, as I do daily, with virtually no regard for the camera. And the difference was palpable.

There was a sense of privacy and intimacy and timelessness. Only through a combination of happen-stance and my personal needs in that moment, was I actually able to let go of the self-consciousness that usually comes with picture taking and engage the soul of my practice.

Of course, it turned out that there were some technical problems with the camera and lighting on the first day which rendered it mostly unusable. So we were forced to rely upon the second day shoot.

As we got into the editing process, we began to notice that while the second day shoot looked and felt special, there were many subtle irregularities. For instance, I did three breaths on one side and four breaths on the other. Or my breath would speed up or slow down, even in the course of one sun salutation.

These idiosyncrasies are fine in the context of my personal practice but when trying to create a practice tool for others presented a dilemma. We considered re-shooting. But the inconsistencies were slight and the more we thought about it, the more it became clear that we had to embrace what we had, with all its imperfections.

It was no longer about making a yoga video. It was about facing the discrepancy between an idealized vision of myself and my practice and the actuality of what it is.

When I watch the final cuts of the programs, I see my practice revealed in a way that I had not planned.

The reason my breath gets faster in that sun salutation is because I’m stressing about having to redo the health insurance. When I rushed that transition from warrior two into extended side angle, I was knocking myself for turning 42 soon without having written a book yet. And when I forgot that breath on the second side, my insecurities over not yet having the resources to be a sole bread winner for my family were rearing to the surface.

I see me with all my shit. My fears, my sadness, and my hope. I see the parts of myself that are usually reserved only for myself. I see me carrying the weight of my life on my shoulders, not the perfect picture of my accomplished yoga practice.

But I also see that through the course of my practice, that weight is lifted some. I can see tension and anxiety come in, and then go out. I can see how my physical practice is only an outer display of the real inner work and benefit.

Most importantly, I see that the key to that process is me loving myself. Meeting the overwhelming uncertainty of life with the nurturing and care that human beings need. It doesn’t look glossy. Its full of bitter sweet torment.

And that’s what I see when yoga practice is working for people. I see them come in with the weight of their lives on their shoulders. I see them in a process of gradually lifting that weight with the humble surrender of showing themselves love, sometimes with great resistance and confusion.

It’s never perfect, and yet, it is. 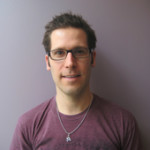 J. Brown is a yoga teacher, writer and founder of Abhyasa Yoga Center in Brooklyn, NY.

His writing has been featured in Yoga Therapy Today, the International Journal of Yoga Therapy, and across the yoga blogosphere.