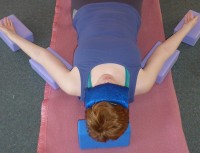 
It’s cold and flu season here in New Zealand. And this past week, I’ve been sick.