You are here: Home / Yoga Articles / Awakening • Creating a More Beautiful World / Musings from the Mat / Can We Love Freely Without Attachment? 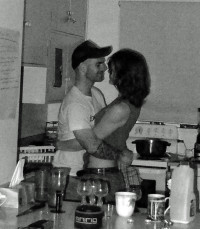 Can love be free of attachment?

Five months ago, I wrote a raw and emotional article called I’m Only Woman When There Should be Man as Well.

It was the beginning of me opening up to the possibility of relationship again after being mostly single for over two years, since leaving my son’s father.

That article sparked the series Men, Lust, Desire, Obsession and Compulsion as I dove head first into my own relationship with men, desire and relationship.

With several long-term relationships under my belt, none of which had stayed the distance, I wanted to investigate and release any patterns getting in the way of a clear, strong, present relationship.

Seems setting a clear intention and focusing on what one wants, works.

In June, I met a man who wowed me, in the hugest way. He was sexy. He was intelligent. He was witty. And he had presence.

I walked away from that party with a head full of fantasy and projection.

Determined to break the patterns of a lifetime, I didn’t act on my whirling thoughts, instead choosing to stay focused on what was actually happening. That was what I responded to – the reality in front of me, not the fantasy in my head. It was challenging. I just wanted to take control and make things happen and flesh out my fantasy.

It was a deep practice in letting go, and trusting.

A month after that first meeting, at a dinner party I was hosting, this man followed me into the kitchen and kissed me. So it began – the most honest, authentic and deeply present relationship I’ve ever experienced. There was no doubt between us, just clarity. He saw me. I saw him. That was it.

But he had plans to leave New Zealand on August 16th for a five month trip – Australia, the United States, Ireland, Australia, New Zealand.

We only had four weeks together before he was due to fly out. We made the most of it 😉 And by the last week he’d decided that he didn’t want to be gone that long anymore. Travel plans were hastily rearranged, new tickets bought and a new return date arrived at – September 28th.

Our relationship began with an opportunity for me to break old patterns around fantasy and projection, now, with this time apart, I’ve discovered more opportunities to change old patterns of relating.

Love is a tricksy thing. It’s addictive. Seductive. Maddening. The object of our affection becomes all consuming. It takes us out of ourselves and we can fixate our source of happiness on something external to ourselves.

When he gets back, then I’ll be happy. He’s not here so I’m sad.

This week in particular has been difficult. I’ve felt frustrated and irritated and down right angry.

Where the hell is he and why isn’t he here with me?

I’ve felt like a little girl pouting and stamping her foot.

I want and I want it now!

Feeling into this energy, I laughed… who was this little girl? Not that it mattered. I saw her, and couldn’t play that role anymore with any seriousness.

What if he didn’t come back? What if something happened to him? What if he died? Right when we’d found each other…?

At first, I didn’t like those thoughts. I pushed them away. Don’t think that. Don’t even go there. But then… inspired by the concept of the Buddhist Death Meditation, I decided to take a different approach. I went directly into those thoughts.

What if he died? Then what?

Grief, first. Anger. Despair. All the usual emotions rose up to greet me. But there was more beyond that… Beyond those intense emotions, my mind was already contemplating what to do with my life, given that I was single again. Where would I go? What was important? How did I want to live my life?

See, in the short time that I’ve known Leighton, his presence in my life has already changed me. Or not changed me, freed me. He reminds me of the carefree Self I was before my psychotic episodes. There’s a lightness about him, an optimism. He wants to travel more. He got me thinking about travelling more.

Feeling into it, I realised I was afraid of leaving New Zealand. That I’d been afraid of travelling for a long time – since coming back to New Zealand in 2004. Ever since then, to a degree, I’ve been doing what’s expected of me. Towing the line. Attempting to be fairly normal. Forgetting about the big wide word out there.

Spending time with Leighton and talking about travel, and opening into my deeper Self, I faced those fears and let them go.

I can travel again, even with a young child in tow. Suddenly the world opened up before me and I didn’t feel confined to New Zealand anymore. There’s plenty of places I could go – I can live and work with ease in both Australia and Canada and I have great friends and family in both countries.

So feeling into the possibility of Leighton dying allowed me to realise the great gifts our relationship has already given me. I realised that all kinds of opportunities await. I know I want to teach far more yoga than I am now. I could go where there’s demand for yoga teachers… Hmmm… Suddenly, I was excited about the possibilities.

What a shift… all fear of Leighton dying dissipated.

After all, he either will or he won’t, and odds are very high he won’t. If he did, there would be intense emotion to feel. But I’ve done that before, and I survived. Emotion is ok. It’s just life.

I felt free. Free to love deeply with no attachment. It is possible because attachment comes from fear of loss.

But if I don’t fear losing Leighton – that possibility just becomes another path that opens up before me, another road to be taken.

All clinging dissipates when fear departs. All that remains is love – real love.

Now, with two weeks to go before he arrives home, I feel like I’ve finally let go and relaxed. I’m not counting down the days and weeks anymore. I know that each day is going to effortlessly melt away and I’m focused on being here now – enjoying this time in my life. It will be the only time in my life like this.

Today, I took Samuel to the park and blasted the music while practicing yoga in the sun, facing the mountains. Later, I ran the boardwalk while Samuel played happily with a close friend. The afternoon was slack-lining to more great dance tunes. A moonlight walk with Samuel after dinner. Writing now. Skyping a friend soon. Then bed. What a day!

My life is rich and full. I want for nothing.

I’m in the perfect place to enter a relationship.