You are here: Home / Yoga Articles / Starting • The Foundations of Yoga / Going to Class / An apology to the Ashtanga community 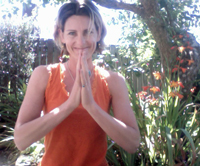 Apologising to the Ashtanga Community

My recent article Why I may never take another yoga class was intended to articulate a view that it doesn’t matter what kind of yoga we practice, only that it is the right kind of yoga for us.

Instead, because I was unclear, and less than skillful in my use of metaphors, many people have felt that I was dissing Ashtanga as a practice.

In the article, I used my recent experiences in yoga classes to demonstrate that doing a particular practice when it’s no longer right for us and being able to listen to that is what does matter.

In doing so, I named one of the styles I’d been doing – Ashtanga. I named it because I wanted to explore a further point that made me curious about that particular practice.

I was curious to know:

How come Krishnamacharya was so big on people doing a practice tailored specifically for their own needs, yet one of his most famous students, Sri K. Pattabhi Jois, has taught a set sequence to thousands and thousands of people?

I didn’t articulate my curiousity well, and it came across as a condemnation. Plus because it was getting mixed into the other aspect of my article, which was explaining why I’m unlikely to go to a general, led yoga class again, it sounded like I was saying Ashtanga was wrong.

Not only that, but my mixed-up-metophor of still ponds, and lap pools, and frolicing under waterfalls totally mis-represented Ashtanga, and my intentions.

I am so sorry.

I’m sorry that that I misrepresented Ashtanga Yoga.

I’m sorry that it sounded like I was dissing it as a practice.

I’m sorry that my writing was unclear and unskilled.

What I’m not sorry about is the discussion that it has generated as a result.

It’s ironic that an article written to suggest that… we in the yoga community need to stop talking about which style is right or wrong or better or worse and simply accept that no matter how it is practiced, yoga is offering someone something… that yoga is always a journey and sure we may start out at a gym where there’s no mention of the mystical, but it doesn’t matter because as students we’ll always find where we need to be… such an article ended up perpetrating the very thing it was trying to dissolve.

But that’s ok, because it gives us an opportunity to model a way to have compassionate, insightful, dialogue that brings about further cohesion.

And I feel that’s exactly what’s happened with first Nick Potter’s insightful comment on my original article, which you can now read as an article here, and also Catherine Albiston’s thoughtful comment.

Reading through their comments made me realise that, doh! I hadn’t been clear. What they’d read was something very different from what I thought I’d written. So I went back and re-read my article, and I saw how my lack of skill in using metaphors, and my lack of clarity had done me a huge disservice, and by extension, it had done the yoga community a huge disservice.

So I’m apologising for my lack of clarity, and I’m also going to take an opportunity to express – as clearly and succinctly as I can – the points I was attempting to make in my original article.

My intention in writing this article, was to explore this other way that we practice yoga – a way outside of set sequences, and classes. And in addition to the feedback from the Ashtanga community, I received feedback from people saying something along these lines:

Ooohhh, lovely, resonates with me completely!

Because these people aren’t Ashtanga practitioners, they didn’t notice my lack of clarity and instead resonated with the other aspect of my article -that yoga is eventually a breath-led, shakti-fied, spontaneous-arising from within.

And for some of us, that will look like Ashtanga – as Nick says:

Once I learn a sequence, I do not need to think about what is coming next or what I think I might want to do. My mind becomes more still as I just flow from one posture to the next. Outer structure leads to inner freedom.

Yet for others, that yoga will look completely different.

What is the same, what makes it Yoga, is not the outer form our bodies take during the practice, but the internal experience of the practitioner.

Bit hard to see that from the outside though, unless you can see energy, which many of us can now…

So thank you to the Ashtanga community, especially those who took the time to craft comments on my article. Together, with compassion and understanding, I feel like we’ve explored something that’s really important to the yoga community – a way to acknowledge the many outer forms of the practice while honouring the sameness of the inner experience.

In other words, it’s all yoga when it’s yoga.